Hello,
Back after several months, I started a 1/48D P-47D “Bubbletop” and I would like to build it in the M. Gladych’s color scheme.
I read numerous things on the web or in some books about the color of this particular aircraft (SN44-19718):

According to Nigel Julian, it was solid British Dark Green over Med. Sea Grey.

A thread with some pictures of the real one.

Username: le_steph40 First name: Steph Category: Advanced Manufacturer: Tamiya 61090 Model: Republic P-47D-28 Scale: 1/48 Add-on: Only seatbelts or quickboost seat with harnesses The kit In the box here I haven't finished my F6F yet but I think... 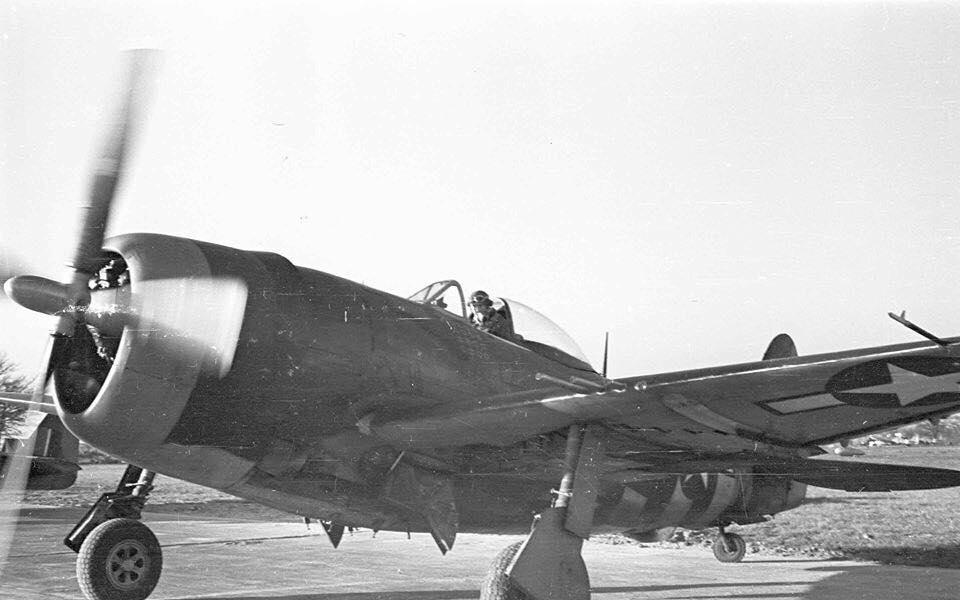 By Brian Riedel - Finished this one in October last year. 56th Fighter Group, Mike Gladych. 1/48 Hasegawa P-47D with decals by Techmod. Bazooka tubes are from the Tamiya kit, wheels from True Details. I used Tamiya rattlecan British Dark Green and...

Hi Brian,
Thank you for the links. I knew the second one (your model, and, an excellent work on it) and the first link you posted it’s me :-). I’m le_steph40/Steph on WW2aircraft forum but I had a terrible a doubt regarding dark green color and red code letter…
Here is P-47D 44-19770 from the same period and the same unit, but letter code in white, so, probably a dark green color 44-19770
I’ve 2 books written by N. Julian, both about 56th FG, but I didn’t succed to find any details regarding the color of “Pengie IV”.
I would like to know regarding nose art applied or not, or later…
Regards
Stéph

When I posted pics of my model on Hyperscale, he replied that my model was pretty close to the colors of the real thing. When it comes to all things 56th fg, I believe he knows what he’s talking about. He knows a lot of the pilots and and their families. 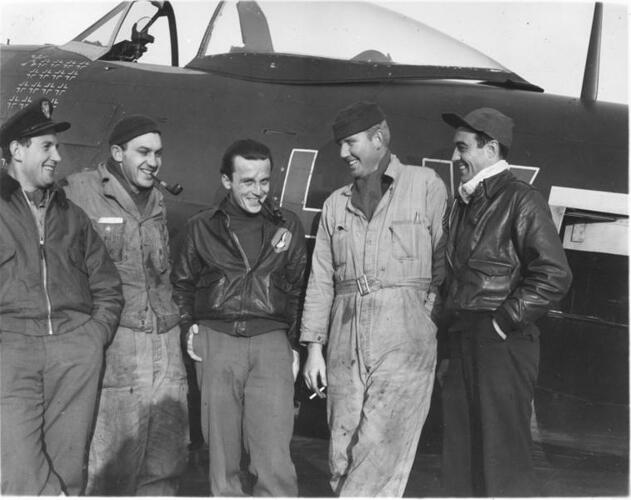 This picture convinced me the letters were red. And the fuselage was a single dark color over a lighter color.

I also believe that he knows what he is talking about, I know his work and his knowledge on the subject. But I wonder why a letter code in red on a dark green aircraft whereas it seems that the red codes only appear from the P-47Ms. But maybe I ask myself too much questions.
I wanted to contact him for these points: 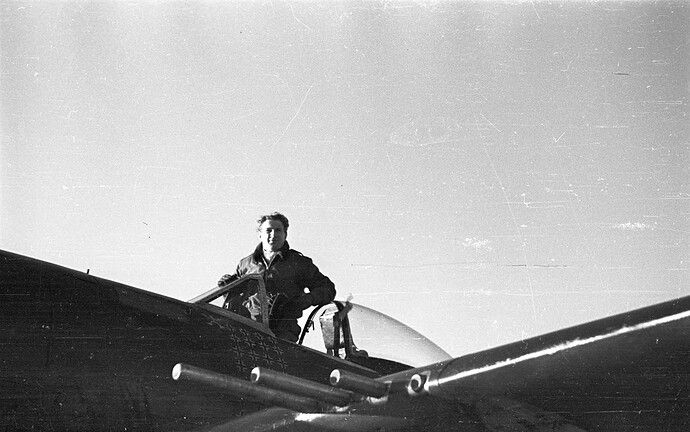 Hey, it’s the 56th fg. Questioning their color choices will drive you batty. Who else would paint their planes in black ( or plum if you like) or two shades of blue?

If I had it handy, I’d look up the page number of the plane being discussed in this book. Zemke’s Wolfpack: A Photographic Odyssey of the 56th Fighter Group During the Second World War. The caption might help.

Found it ! Page 40 => “dark green over grey as were many aircraft in the group at that time”
Thanks to a friend for his help