I won’t give up. It’ll just sit a while until I find after market or someone that didn’t use the F decals on their correct D/F decal sheet. I will mail back extra useless sheets tomorrow. John

I started back working on this. The engine I am working on has a defective “exhaust cone” so I have to add some putty to reshape it. I am still looking for replacement B-52F decals. There is a place in Canada that does them but I am not sure if he is still in business. Anyone ever heard of jbot decals in Canada? I can’t get the shopping cart to work, I also heard he had medical issues but thought he was back in business. I sent an e mail and am keeping my fingers crossed. John 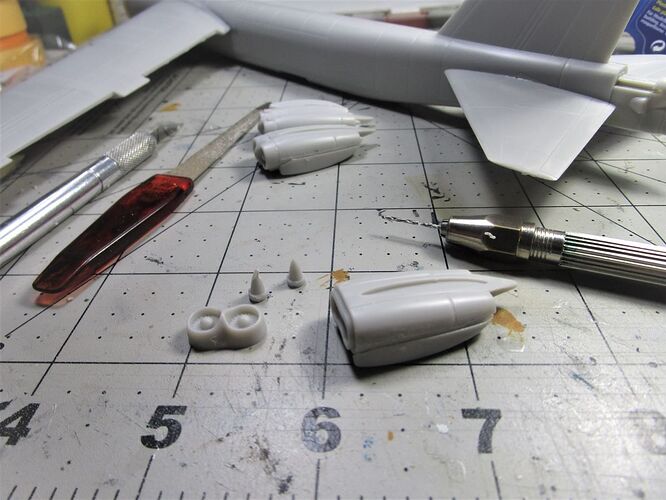 Forget the decals from jbot as they are no longer making decals. So I just noticed that one of the wrong sheets Minicraft sent me had E model decals. The E and F models had similar markings as they were both from the late 50s early 60s. But they didn’t have both tail stripes and only one SAC shield. WHY? I have no reason as it seems they did 2 sheets for the E model and I was sent only 1 instead of the 2 necessary. So much for the tales of woe, I will keep searching for the few decals I need to do an F model. John

John, It may well worth putting a shout out thread in the general Discussions section and ask if someone could possibly do you the ones you needs ? there are some talented decal makers lurking in here ?? just a thought

Thanks, but I just looked at how many “hits” were on this thread and think I sorta already did that. John

I passed thru Guam in December 1967, and all the airframes were painted the same grey shown in the photos. I can’t say much for the bottoms as you couldn’t see that part. Later in life they’d do bombing runs out our way, and looking thru binoculars they all were grey. Flew in three’s with one plane leading the others in an angled strait line. Taking out a box that was a half mile wide by a mile and a half long
gary 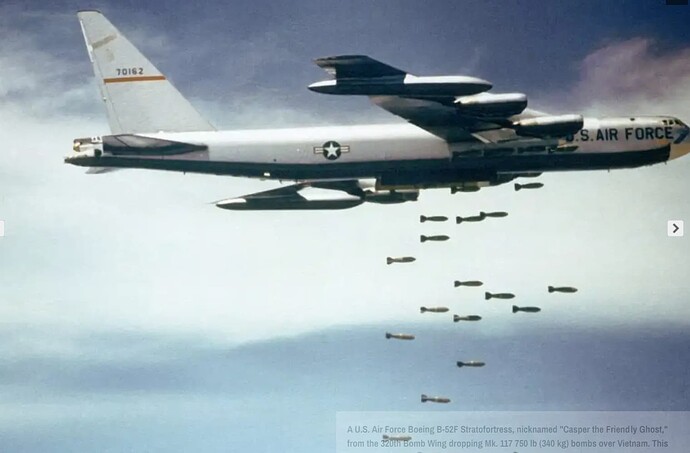 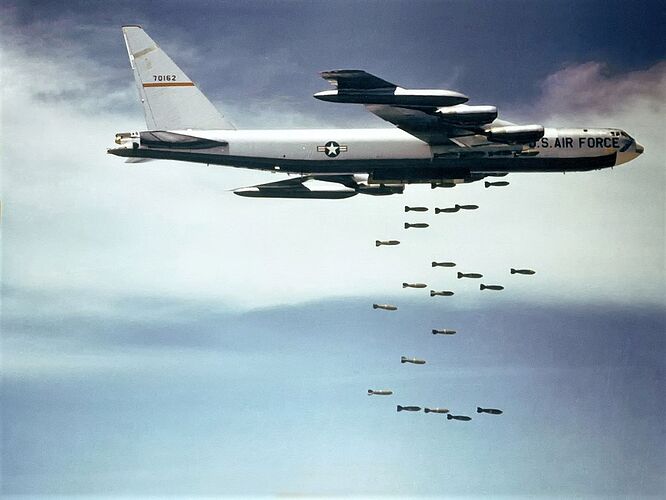