Any ideas on how to simulate Barracuda Camo in 1/72 scale, ie. for Leopard tanks? 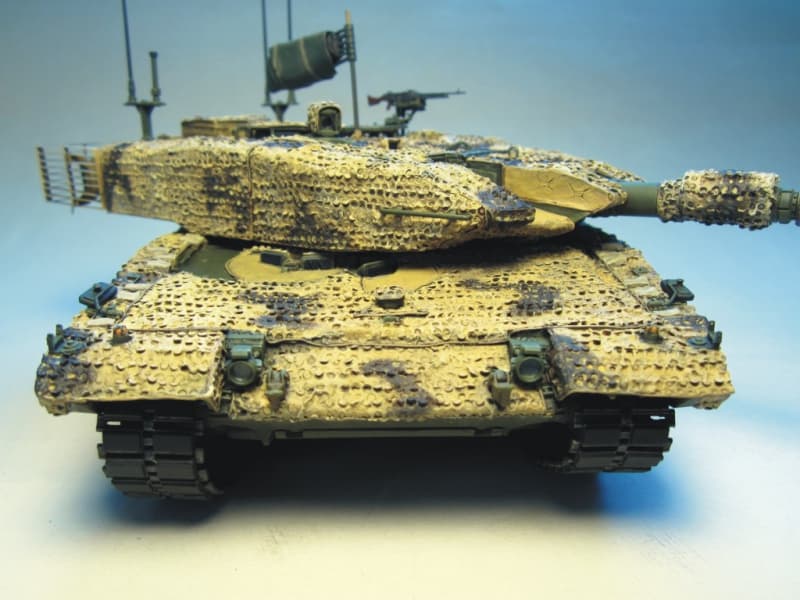 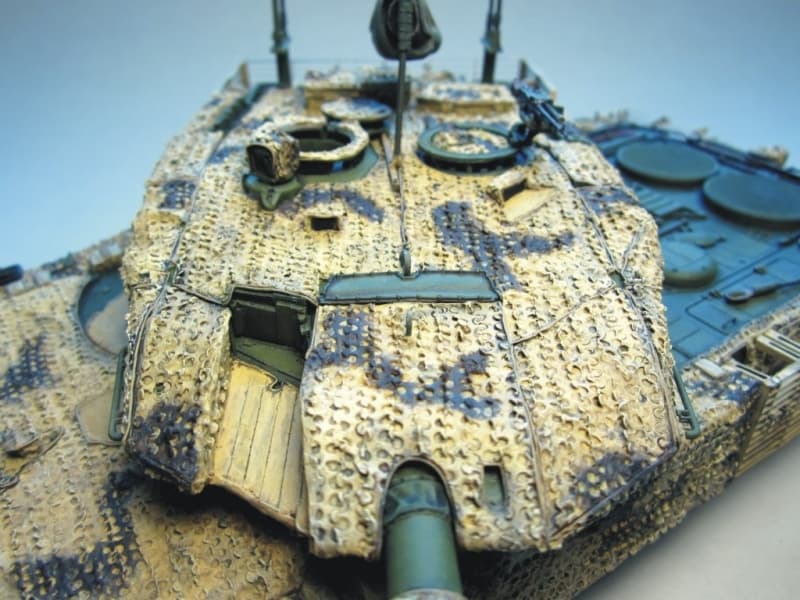 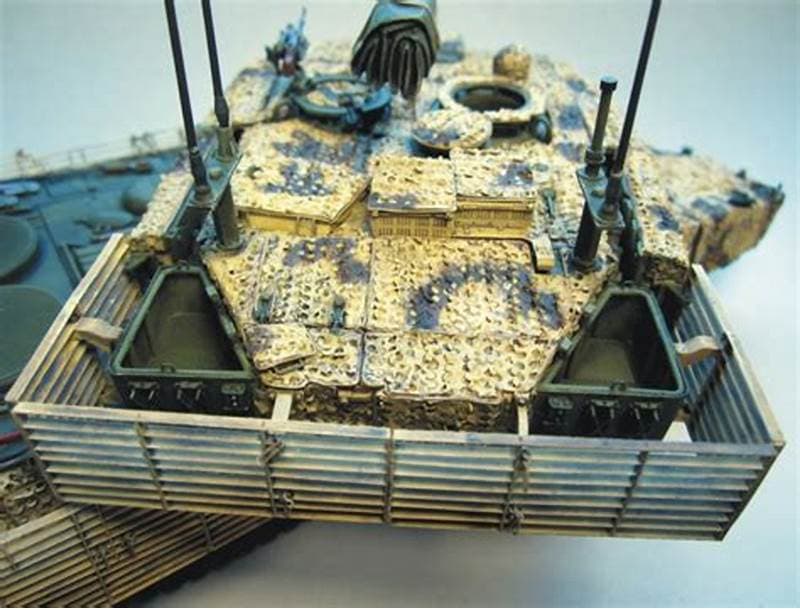 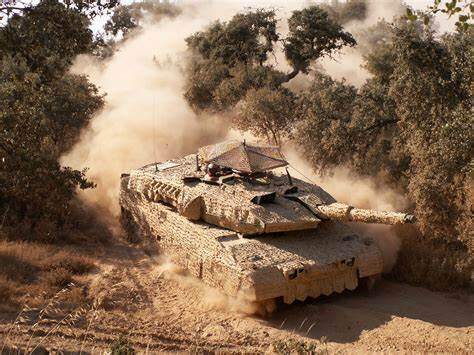 I am going to experiment soon with cutting some using a Cricut. Stay tuned!

For the measurements, see here:
http://www.plasticwarfare.se/2007/10/how-to-make-realistic-barracuda-camouflage-netting-in-135/

Thanks! That’s actually rhe same like I was following! I just need to figure out the best materials for the cricut to use

From what I’ve seen, the cuts in full size nets come in 2 sizes – 100mm & 45 mm - these being the length of the arc of the U pattern cut. The cuts convert a 2 Dimensional material to 3 Dimensional when under tension, also changing the flat omni colour surface to two tone by way of the shading effect of the raised surfaces.

In the 1/35th iterations, only a single size cut is provided (2.2mm), which also affects the uniformity.

Re Materials, I’ve found HuiZhongHui (HZH) nets to be very good, but they’re 1/16th. They use a very fine nylon & it seems to work well. The only issue with that is that the cuts need to be seared, as the nylon frays from a normal cut. 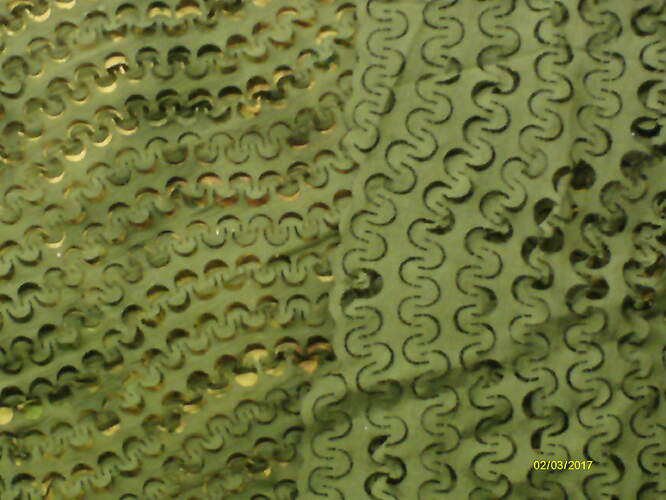 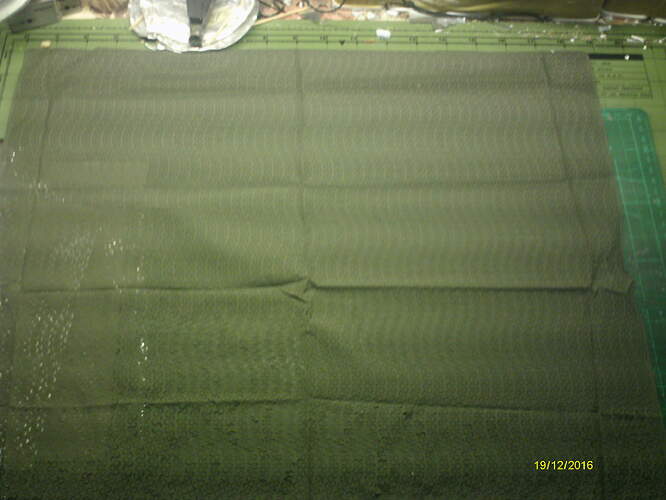 Yeah. But has anyone attempted this in 1/72? I was thinking brushing on white glue on surfaces where the netting is applied, and sprinkling fine ground foam, in different colors, to simulate the texture and coloring of the netting. Of course, it won’t be actual netting, but just a representation of the appearance of the netting.
Any comments or improvements on that idea?
sort of like this: 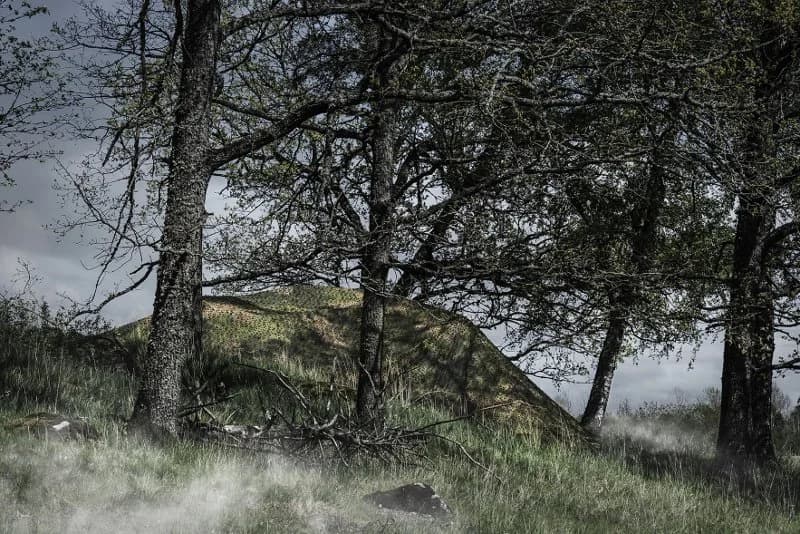 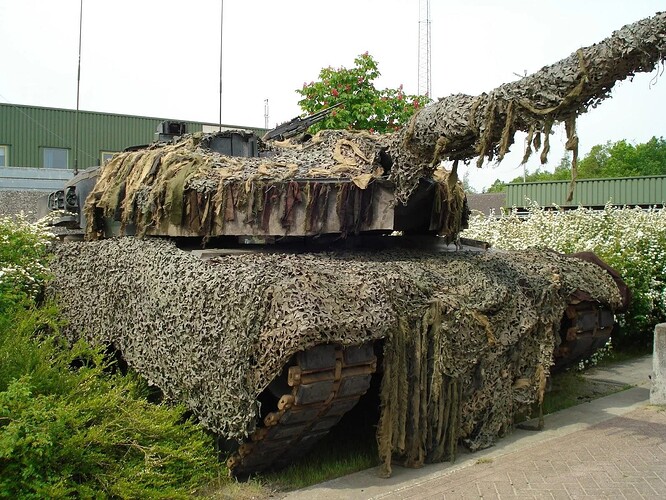 This may be of interest to you.
This was something I completed last year, ‘Land Rover Defender CAV 100 Snatch 2, Iraq 2006’.
The starting point was a standard LR Defender (1/76 scale) from Oxford Diecast, to which I added
various upgrades, including the Barracuda camouflage system. I had experimented with various methods for the Barracuda, finally opting for very thin sheets of DAS air drying clay. Before these were completely cured, I attached them to the body with small amounts of super glue, and textured the surface using the tip of a narrow brass tube (impressions made from a low angle to give the desired appearance). After painting, I applied a series of pin washes to emphasise shading around the cut sections. Maybe you could try this idea on your Leopard. 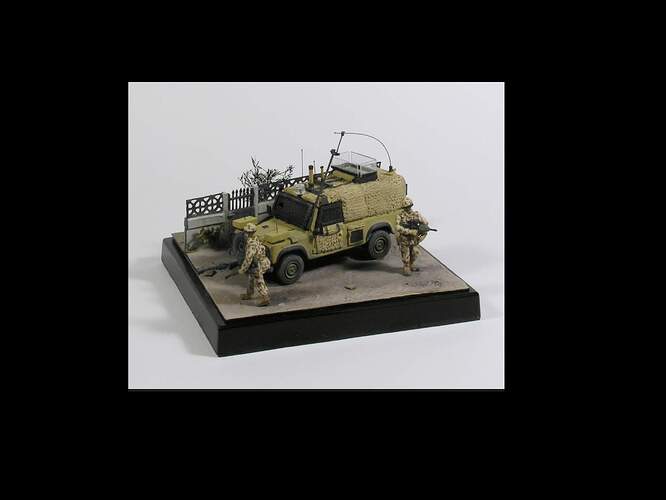 I found this which also looks interesting: https://www.gf9.com/hobby.aspx?art_id=6081