If you were following in my other thread I’ve made a new one to show off the completed diorama. I’ve been working on this since the start of the new year and it’s refreshing to see it completed. The figures are a mixture of Tahk, Italeri, and Stalingrad. The kits are Eastern Expresses and Hobby Boss T-28. A few additions I made were the slings to the figures using tin foil. 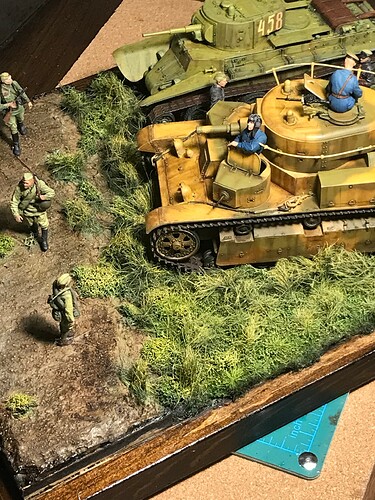 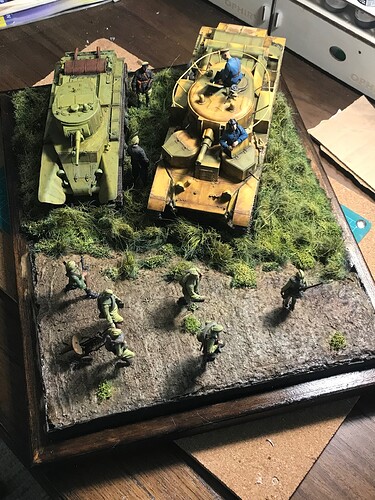 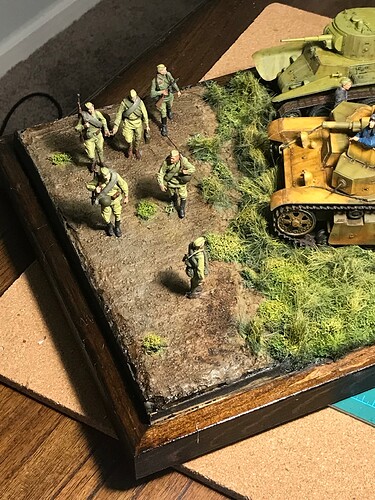 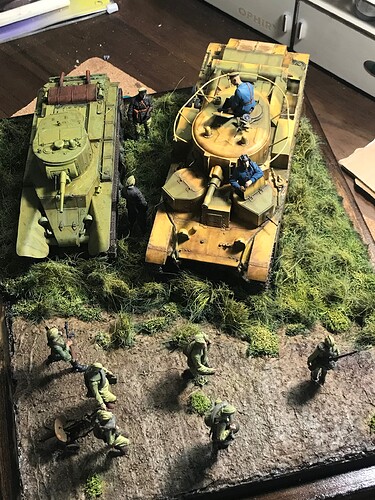 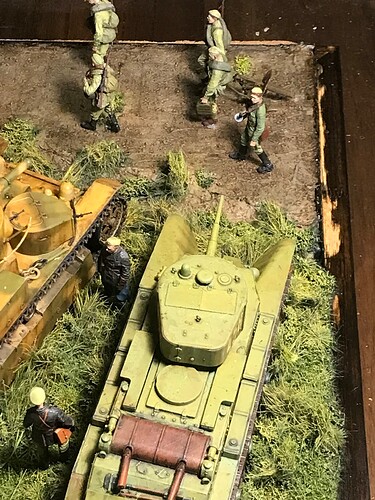 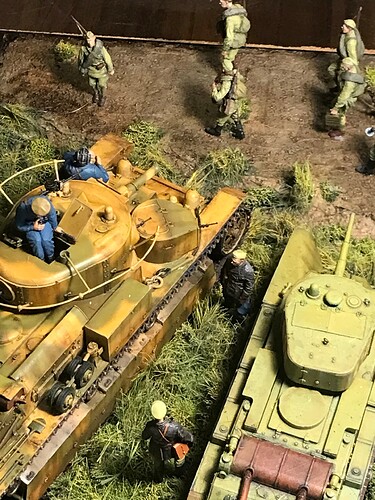 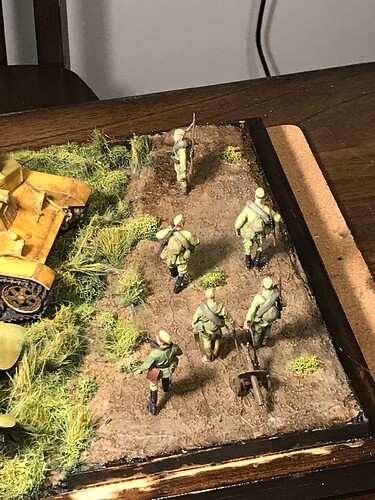 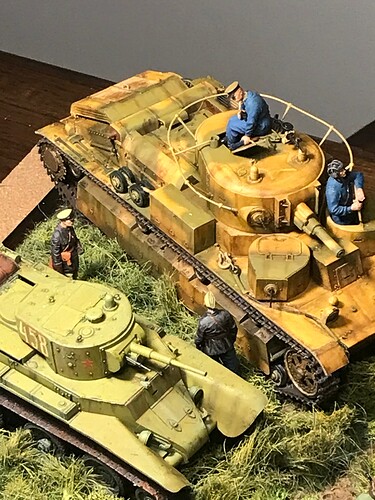 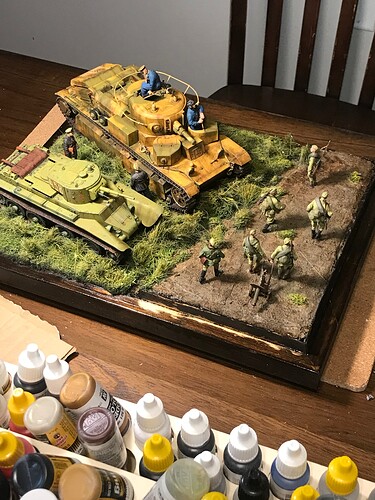 I hope you all enjoy!

That is really good… love the almost casual walking by group… and that blue of those tankers is a nice eye catcher!

One small suggestion: a bit of dust or dirt on the boots of the passing group? And maybe a bit of a wheel trail from the towed machine gun?

@bwilt Thank you, the blue is a nice change of color and breaks up the uniforms nicely. Those italeri figures aren’t horrible and went together quite well. I just replaced the heads with ones from legend. I went liked the idea of a easy relaxed look in the soldiers. The battle of Brody occurred on the first few days of operation Barbarossa so I think this demonstrates the feel of the soldiers at times.
As for dust and the wheels I was thinking the same but i don’t have that much experience with adding dust on to dioramas. I have some rubble debris from ammo Mig as a powder that I’ve thought about using by on the troops boots. As for the wheels of the gun, i was aiming for a more or less hard surfaces unimproved road. I may go back and add some wheel tracks if i can manage it. Thank you for the suggestions!

Sorry forgot to add these other pictures. 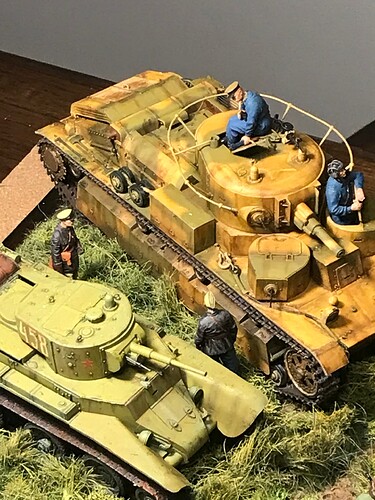 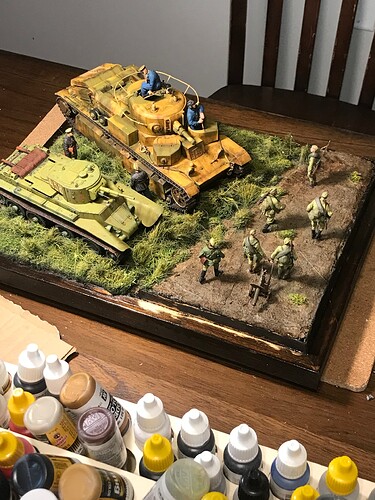 @bwilt how would you go about making imprints from the gun wheels?

Normally you would do it while making the base, just dragging the gun through it… Now you would have to use something to slightly scrape two lines… and then fix it with paint/pigments etc
Like you said, you want it to be fairly hard solid ground, so only a trace of something is enough, doesn’t have to be deep at all… a file?
You could leave it like this as well ,if the ground is really hard the gun wheels would hardly leave a trace…

@bwilt i didn’t even think of carving it but that would make sense then fill it with pigment powder. Thank you for the advice !