Beetles Or No Beetles?

Some places I read say that the VW Beetle was not made until after WW2 in any numbers. What is the real story?

The Type 1 Beetle went into production in '38 but there were only a couple of hundred produced before war broke out and production was shifted to military vehicles - eg. Schwimmwagen and Kubelwagen.
Mass production began again shortly after the war.

I’m sure you can find more detailed information than you would ever want with a web search. The car has an incredible following.

Read and be enlightened:

1937–1945: Founding of the Company and Integration into the War Economy

You’ll need to click on toned down areas to show the content.
They built owens, repaired aircraft, built Kübelwagens, buzz bombs et.c. instead of Käfer cars

Have a look at this thread on the Axis Forum ► Photothread: Volkswagen Beetle - Vw Käfer thread - Axis History Forum

Very limited numbers produced during the war, and all of them that were made went to essentially government end-users (military, party officials, civil government entities). Production at Wolfsburg was almost entirely used for the Kubel and Schwimmer. The few KdF-wagen that appeared as “civilian” vehicles were basically just for propaganda and after their “glamor shots” were used by official government entities.

Search for KdF wagen (Kraft durch Freude Wagen - the official title of the “civilian” model before the end of the war). The “Beetle” or “Kaefer” name wasn’t actually used during the war. (Although some contemporary German descriptions say that the car had a “Kaefer” like shape.) There’s no shortage of info out there on the ol’ interweb about them.

There were both 2-wheel (two types, one with standard Beetle suspension and one with Kubelwagen type suspension) and 4-wheel drive versions (basically with a Schwimmwagen type drive train) all made in very limited numbers. So, there were three different model-types of “Beetles” made during the war. They were each assigned a different VW-type (manufacturer) and Kfz-type (military) model numbers which can be confusing as you source different information (three different vehicles each with two different official designations = six possible designations used in various reference sources). 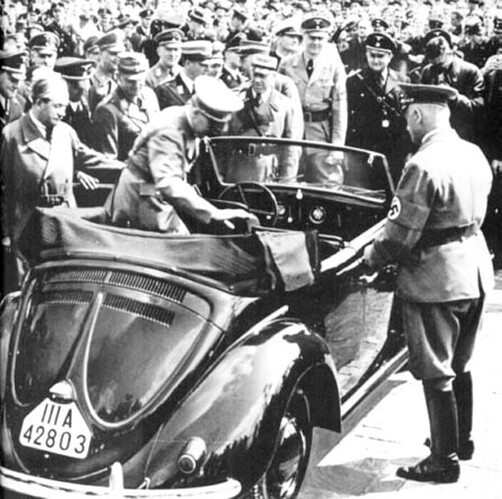 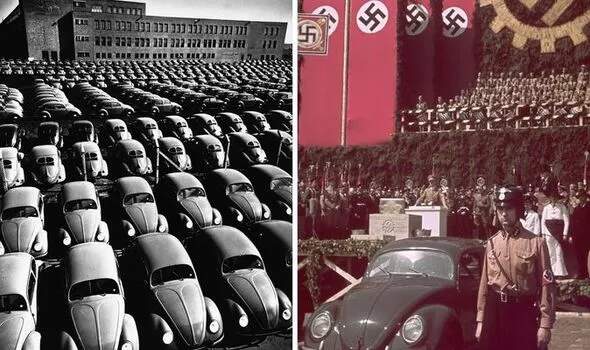 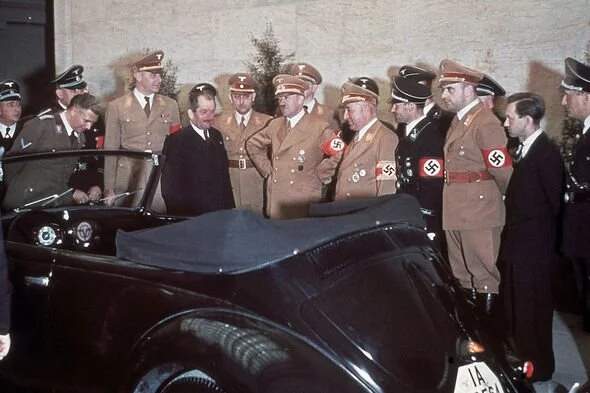 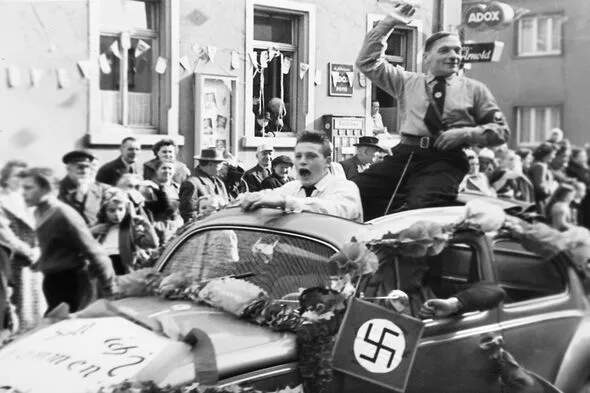 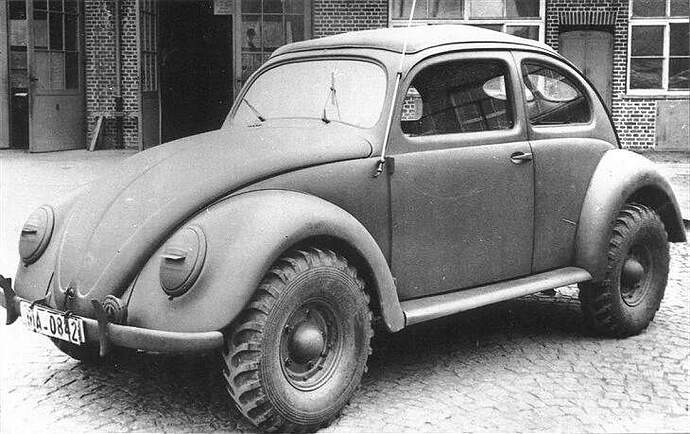 The car has an incredible following.

Yes it does. My neighbor races two of them. One is street legal, the other is not. These are not them however, just photographed at the track where he races.
Der Führer himself might have like this one: 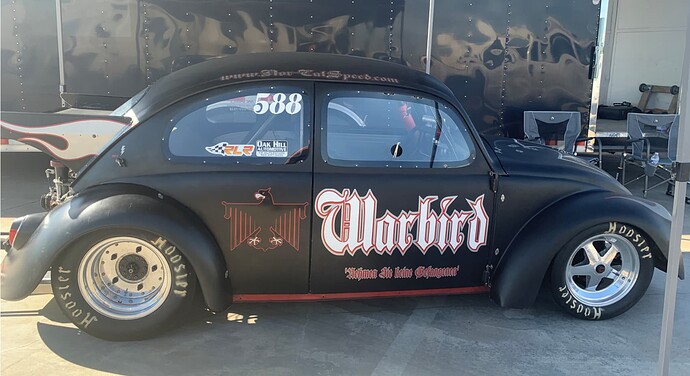 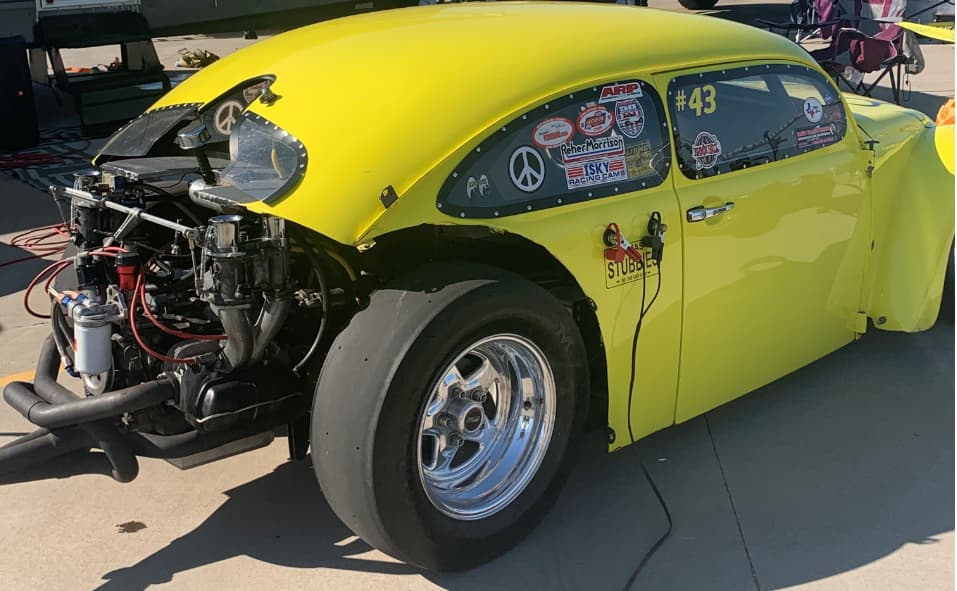 I did read that he rode to the bunker he hid in the last days of his life in a Volkswagen.

Must have been a short ride: he (Hitler??) was already living in the bunker! Maybe he was driving one down the bunker corridors like a go-kart!

I began my career as an auto mechanic over 50 years ago now in independent Volkswagen shop.

I was an apprentice to a bunch of half mad Germans, a couple who were Wehrmacht veterans, or so it was said. It was quite an experience for a long haired 14yo boy…in the summer months when I worked there full time, every morning I used to watch them all open their sandwiches and spit on them before they put them back in their lockers.

I was appalled. When I asked one of them why they did this, he loooked surprised and said, “So no one steals the sandwiches”. 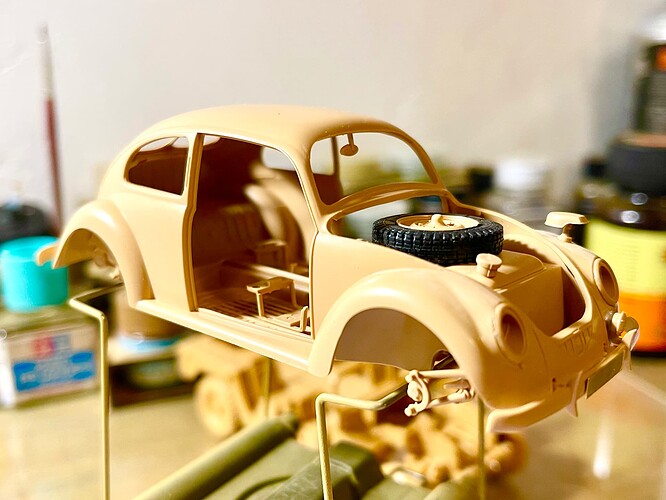 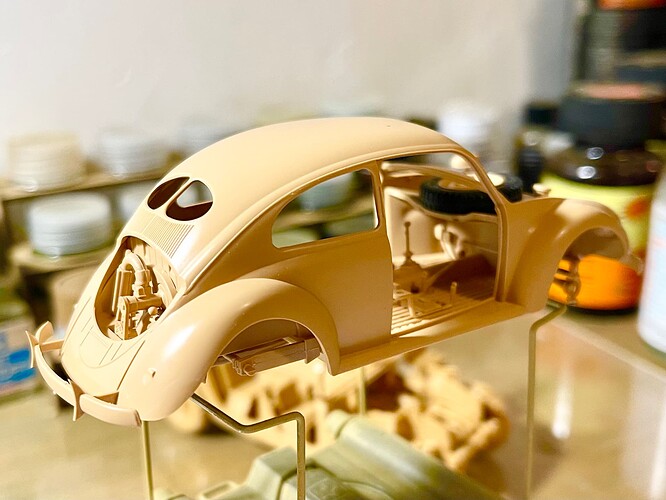 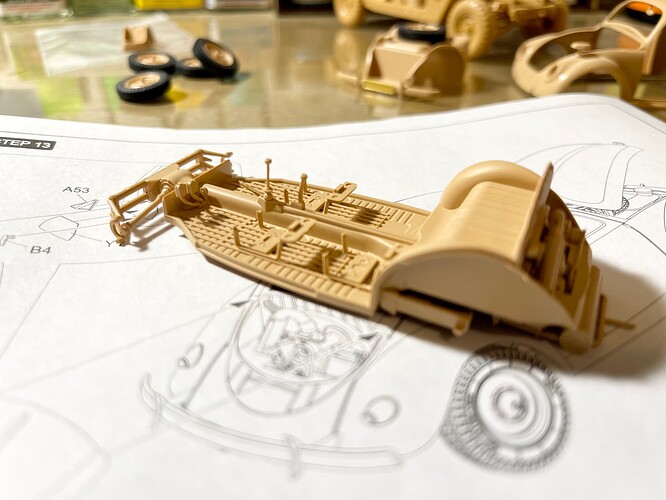 Provided the wheel on the fuel tank really is the spare - why then does it seem to have an axle stub in the rim?

Probably easier to just mold it like that. I might replace the tires with DEF Models Weighted tires, which the spare looks more correct. 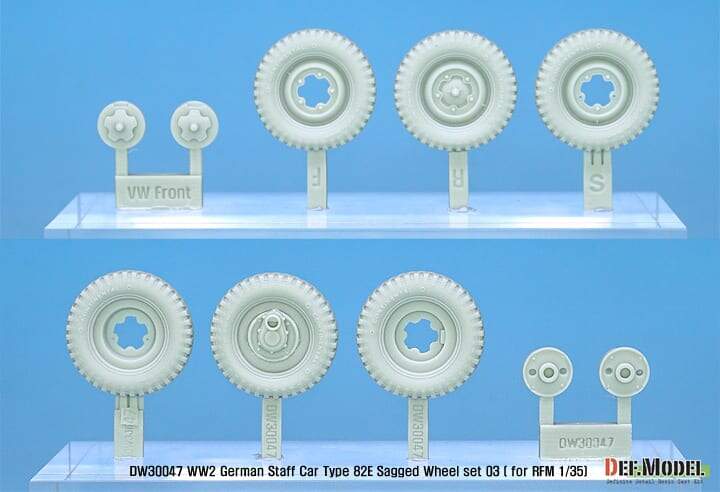 no; it’s a Type 82E, the Type 87 (Kommandeurswagen), has running boards and has 4-wheel drive capability and has the open top, with a rolling cover. 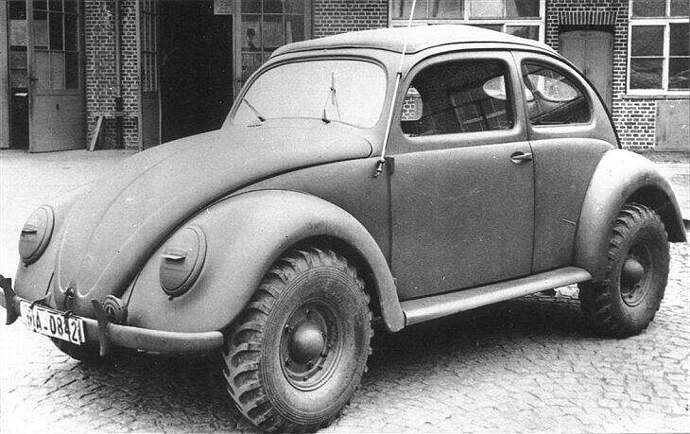 You could mod the 82E by opening up the roof and add a resin or fabricated soft top and replace the regular tires with the DEF Model “Semperit” tires. 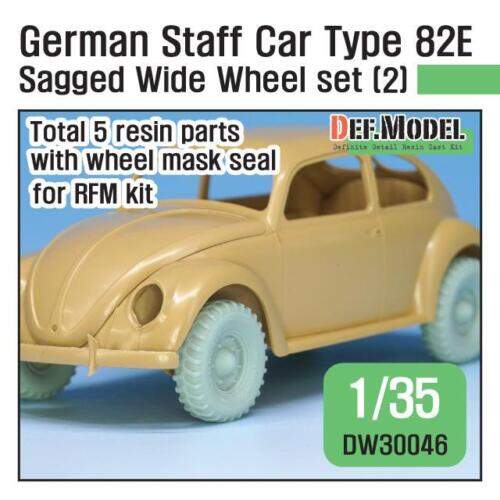 I think the 87 part in the kit is the engine if I member correctly.
I also believe the kit gives levers inside for 4x4 operation that the 82 doesn’t have.

I think the 87 part in the kit is the engine if I member correctly.
I also believe the kit gives levers inside for 4x4 operation that the 82 doesn’t have. 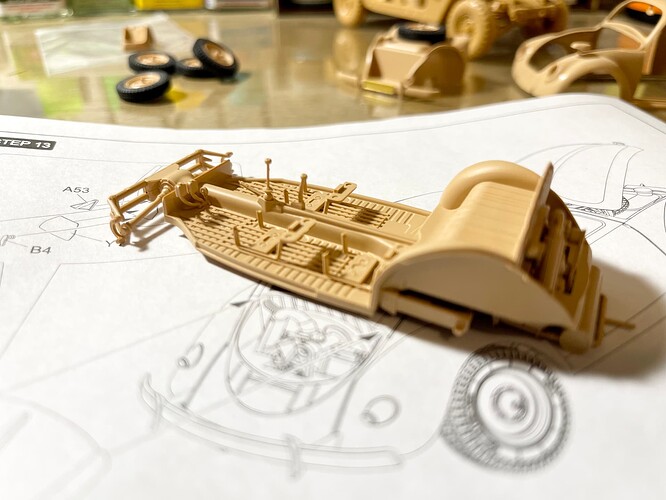 You can actually see the three levers (parking brake, transmission shifter and differential) on my kit. So yeah; it is possible to replicate both the 82E and the 87 with the RFM kit.

That’s the way I remember it when I built it. I also think the trunk interior is wrong.
I’ve built two and thought it a nice kit.
I think you could put the Tamiya Kubelwagen engine in there instead?

I know there’s a kit that includes the engine, along with tools, a figure and other stuff. 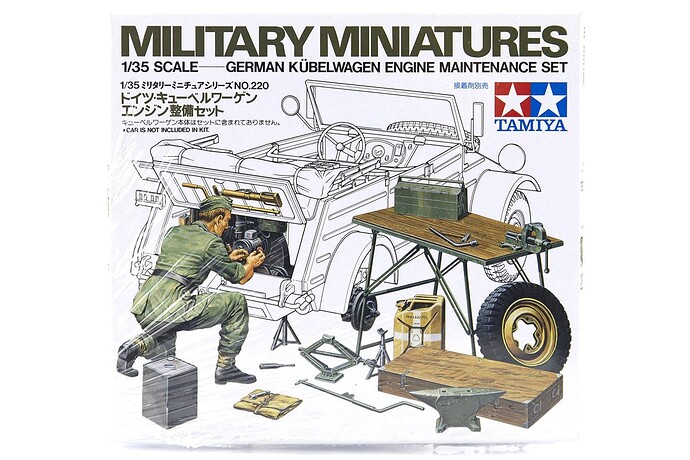