me again, looking for some advice.

which of these kits would be best to build a south vietnamese Kingbee version of this helicopter that was used to deliver the MACV-SOG guys over the fence into Laos etc i’m finding it real hard to get any info on the Kingbee’s themselves, so any and all help is welcomed… i thought they had their own website but i can’t seem to find it. 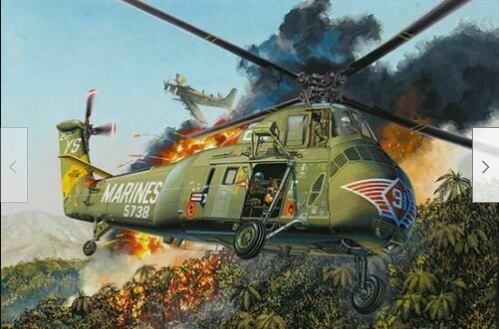 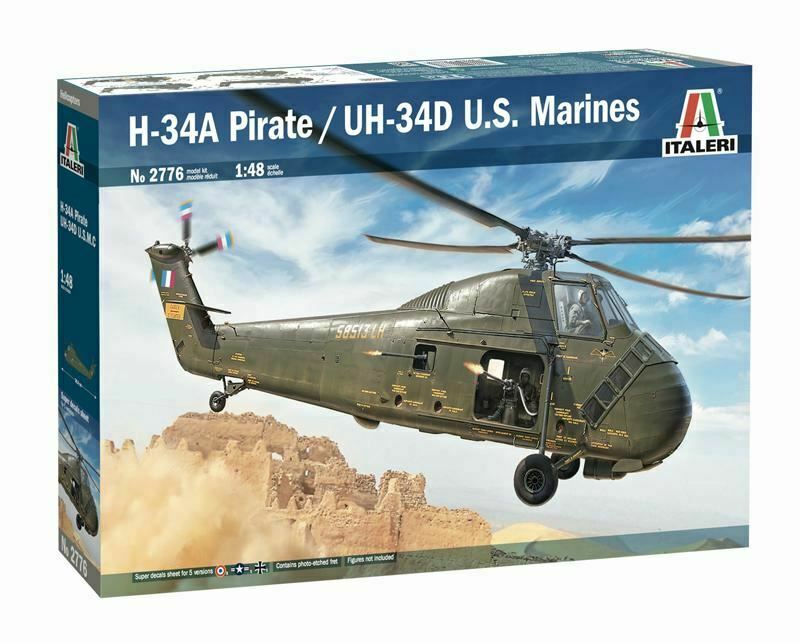 The Trumpeter (Gallery Model) one is much better detailed, more complete, and new molds as of a few years ago. The Italeri one is a rebox of the old Revell UH-34D from the '70s.

I reviewed the Arctic version by Gallery Models a few years ago at the old Aeroscale site. 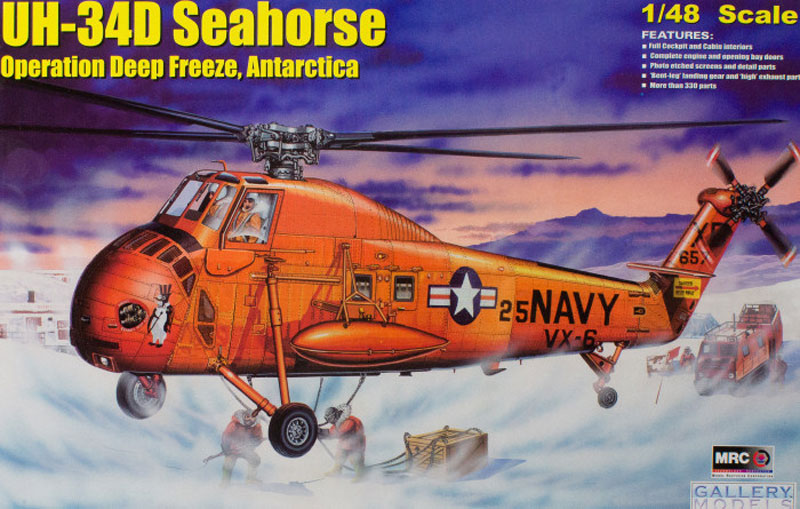 Gallery Models brings us another fine version of the venerable Sikorsky H-34. With all that comes in the box, this one does not disappoint.

@HeavyArty thanks for the info, i could’ve sworn that the kingbees had their own website but i can’t seem to find it.

the SOG link is useful and i have bookmarked it

just remember to remove all data plates and no markings on the airframe if it goes over the fence. They also used the Chinook and even slicks if they could get refueled close by.
gary

@Gary_Totty yeah and some barrels of hydraulic fluid as they leaked like a sieve. hueys were used to pull the teamd out on strings, they couldn’t do it with the uh-34’s ad it messed up the centre of gravity.

way out west a Huey was kinda limited by a fuel resupply. It could leave DaNang, but couldn’t get back with out being refueled. There was a fuel dump on Khe Sahn, and probably Camp Eagle, plus Hawk Hill as well. I know of none further south except for one lone mountain top. A Chinook could make the trip as well with an issue (fuel).
SOG used to use my base camp as a jumping off point. We’d see them all geared up waiting on the choppers. They usually refueled over on Hawk Hill. Lots of LRRPS went thru there as well, but they went in a more conventional way. Out on a mountain that was to be called Melon long after we got kicked off it. There was a MACV “heavy team” (actually three of them) operating about a hundred feet in front of us to all points unknown. The actually walked across the fence into Laos. Rather nasty neighbors over there! A typical day was about thirty six hours long (so it seemed like). First time I ever saw the other guys up close and personal (six feet). If you didn’t get rat bit or snake bit; the shrapnel got you. Pick your medicine. They handed out Purple Hearts like stick candy. Moral of the story is that there’s nothing good about the fence
gary

thats way too far south. Yes if you going into the extreme southern parts of Laos or northern Cambodia. There was one a little further north at one time, but was abandoned in early 68. Ideally speaking Kam Duc was perfect, but also untenable. Look at the map of I-Corp, and find Chu Lai and DaNang. Other than Khe Sahn (when the First CAV and 101st were there), there’s just not much out there. They needed something out by Ross or maybe fifty miles north. Ross was perfect, but nobody was interested. Really West might have been better but there was not room for a refueling pad.

I can’t tell you why, but the Que Son Valley was like an expressway west for a lot of folks. Fixed wings followed it to the trail, and turned north. Choppers used it as an insertion route. Up north they went in a little south of Khe Sahn, but also north of the Ashau Valley. There was another route they took that was north of Khe Sahn, but you hear little about it other than Lam Son 719. That last 25 or 30 miles to the fence was a very wide open place that was largely unoccupied.

I always found it odd that the LRRPS and some others would fly out of Chu Lai (or DaNang) and head northwest or southwest to a point. Get out, then an hour or two later head due west, but they did. A refuel point has usually got to be good sized to make it hard to mortar the POL. The one on that mountain top was smaller than a KMart! A very guarded place I might add. Nobody wanted to fly over the Ashau, but of course they did at times. Even inserted across from it. Story also goes that there were some emergency refuel points in Laos, but you couldn’t prove it by me. I do know there was at least one gravel air strip used by the CIA.
gary

There were strips on Laos used primarily by Air America and sometimes as emergency strips for A-1’s. I never used one but I tooled around in Laos a bit in Cobras. The A Shau Valley was my AO in 71/72 while with the 101st flying in D 3/5 Cav in Cobras. Hated the place. Rung Rung Valley was a close second.
I flew a 20 ship and the new ICM late model Cobra has the M-35 kit and also the decal for Gladiator of C/16 Cav which was my third tour unit. Good looking cobra.
Hugh Mills

first of all “Welcome Home Brother!”

I can’t place the “Rung Rung Valley”, but the name rings a bell. Never went into the Ashau, but was scheduled to go in there with the 327th in late summer of 68 (very south end). The operation ended up being a bust, but was close enough to look inside there with my brand new binoculars. Every A.O. had it’s particularly nasty place, and of course some were a little nastier than others. My base camp was roughly 800 yards from the Hiep Duc Ridge and maybe ten or eleven miles south of Hau Duc (another garden spot). We used the Que Son Valley as a high speed route west because it was wide enough (in most places) that a fifty call wouldn’t do much good in the center. You strayed off that route by five hundred yards, and you were on your own!

Think the two worst places I ever saw were in and around Kam Duc and the valley they built Marry Anne in. We had recon teams in there a lot, and always took an AC47 to get them past the point of no return. I kinda figure there must have been at least one full strength division in there. Very unfriendly folks down there. Who ever came up with the idea of Marry Anne should have been taken out back and shot! My former future brother in-law was in there twice (5th SF), and he’ll tell you upfront that it was the scariest place he’d ever been (I got another close to being that bad).
gary