Best German jerry cans out there?

Like to hear your opinions about the best German jerry cans in 1/35 scale. Need to replace the jerry cans on my HB MAN dumper kit.

For plastic ones there are several excellent brands: Asuka, Gecko, Bronco, and MiniArt. They are all very good - it all depends on which are most easily accessible.

Be aware that there is a difference between early and late war Jerry cans!

AFV CLUB are good too. For a modern use you just have to mask the WWII graved markings.

I look for modern German jerrycans. Since they are stowed into “pockets” under the truck, markings are not the problem.

Er, you might get directed to advice on WW2 jerricans not modern as you posted this within “WWII Axis”; you might need to stress that you’re looking for modern. Just a thought. 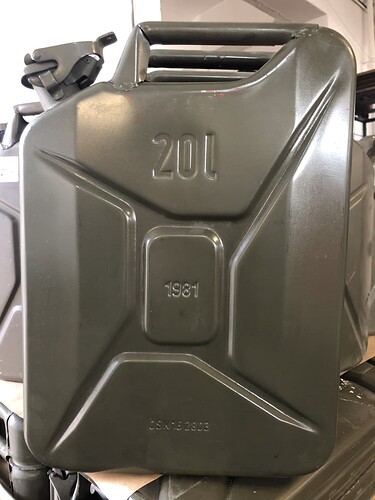 As long as the stamped markings are hidden …

Asuka: Has separate parts for the weld but the stamping is a simple cross which I think is the US WW II type

Gecko: Only US cans, cans are not separate as they are intended as load for a truck

MiniArt: Contains PE for the weld, the set contains 12 German, 6 US and 6 triangular cans.
https://miniart-models.com/product/35588-german-jerry-cans-set-ww2/

AFV-Club: Contains PE for the weld, 12 of the cans have the simple cross, 24 have the more complex pattern. 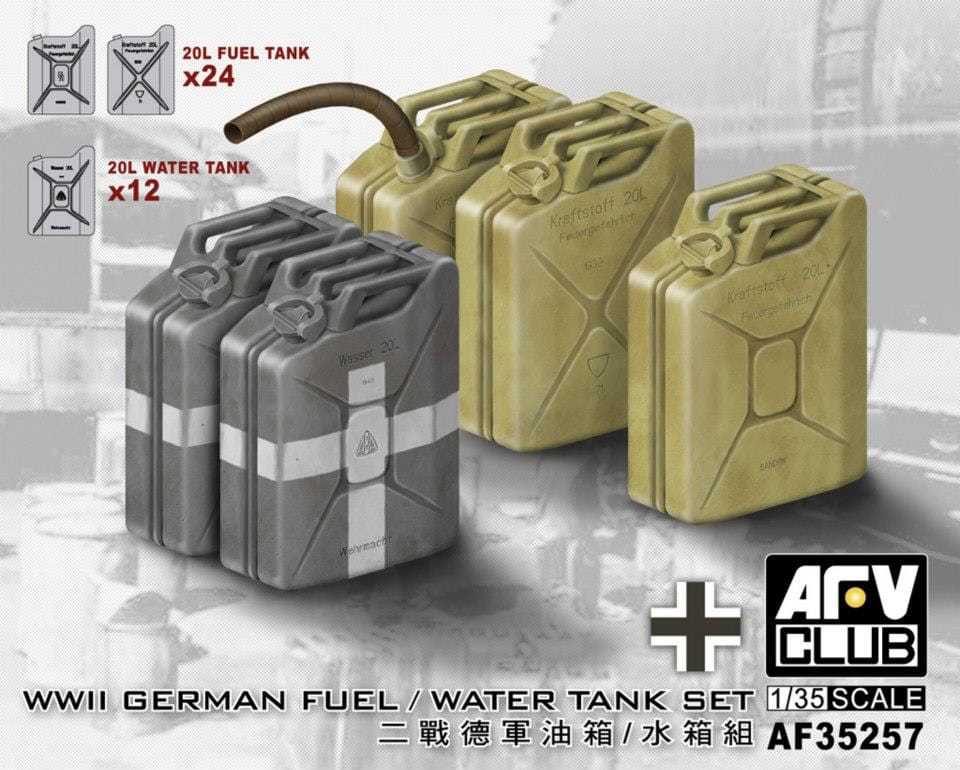 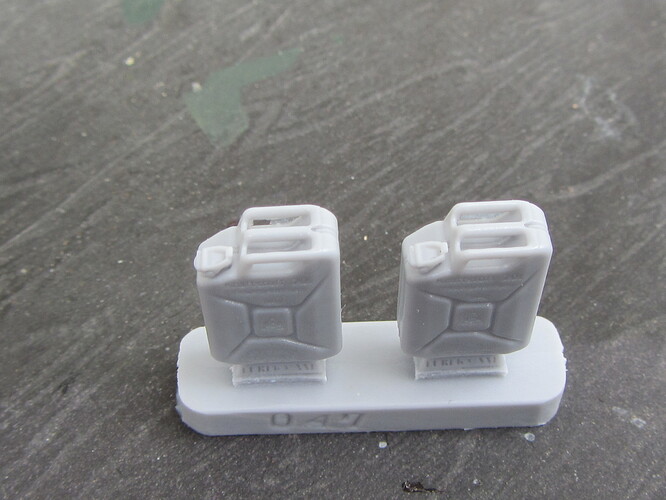 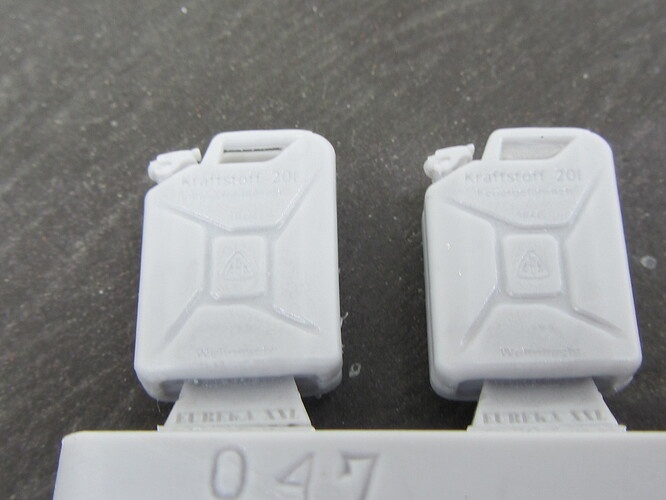 Robin, just checked the instructions of the Miniart kit. I am not sure if if I am the mood to bend and glue the parts for the openings. EurekaXXLis the best choice for me.