Just like the Tag says, in your opinion who makes the best kit M-113 representing circa 1975-1985. Thanks in advance

Overall, I still think the Academy M113A2 is the best M113 model out there. It is the most complete and has most of the details right. Especially for the time period you listed. 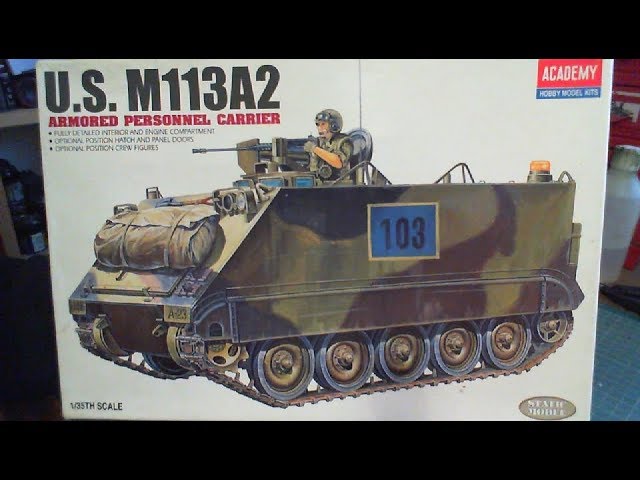 I never built the Academy, but for my money, the venerable Tamiya 113 is still aces. Yes it’s old, sehr alt. But that doesn’t mean it is not a good build.

I believe the Tamiya M113 represents a gas powered vehicle with some changes needed to the engine deck as well as raised idlers to represent anything later. The tracks are also pretty crappy but agree that it’s got “good bones” to turn into a decent model with some work.

The Tamiya M113 represents an early model from Vietnam, not post as he has asked for. I still think the Academy M113A1 is better for a Vietnam M113 as well. Even the later Tamiya M113A2 in Iraq markings isn’t that good nor correct. It is really confused with both M113A2 and A3 features, yet is not really either version. Just because it is by Tamiya doesn’t mean it is the best, usually far from it.

Maybe I missed the time period, but why do you have to be rude about it. nobody was attaching or insulting your choice, I simple proffered my opinion. Try not to be so rude next time

Gino wasn’t rude.
I can be, sometimes, sometimes I
even take pleasure in it, but whatever faults Gino may or may
not have, rudeness is not one of them.
He was simply stating facts

And I like to build M113 no matter which company!! I love this vehicle!!

What is the consensus on the AFV Club line of M113’s?

The Academy kits and even some of the Tamiya kits like the M577 have alway been enough for me.

the Tamiya kit represents a very early M113. The engine is right, but the drive train is different from what the 1st Infantry Division brought over. The water steer gear box was removed before being shipped, and the automatic transmission is the very early one that was only built for about two years. In RVN they used the second generation gear box that looks much different. The third member is correct for about any of them up to ODS. I can’t tell you about engine grates as they were all diesels up north. The interior was white gloss, but many were repainted during overhauls to sea foam green.
gary

Water steer gear box ? I thought it was just the motion of the tracks that propelled it in the water.

The tracks drove it in the water, but there was a different steering mechanism used. The handles hang down from the inside of the front plate. In this photo, with the main steering levers removed, you can see the set up quite clearly. 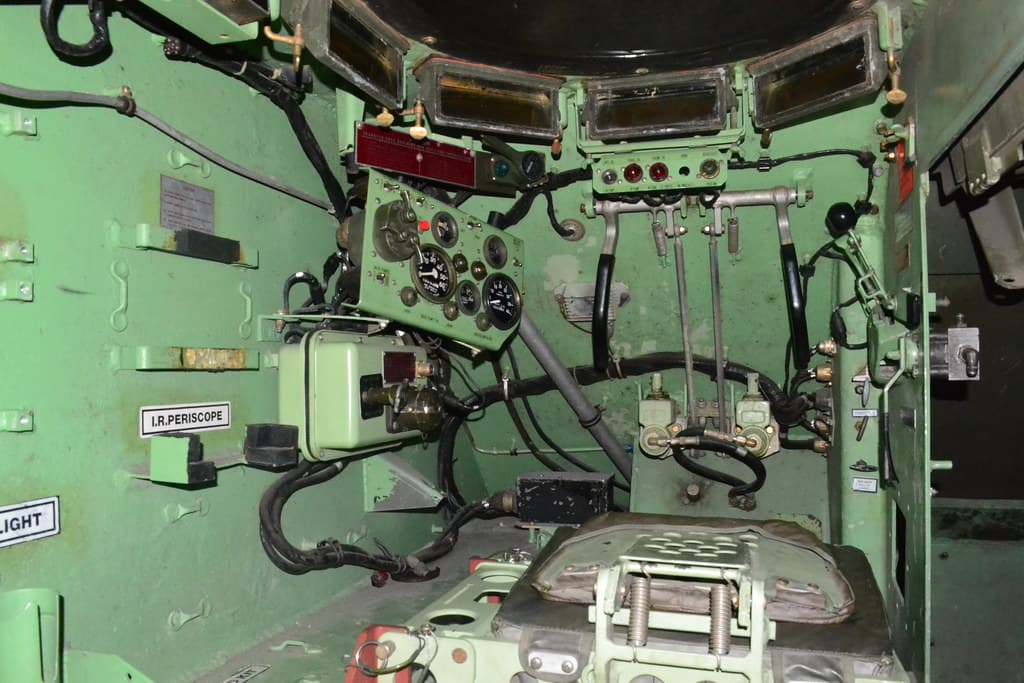 All the tracks we had in Germany had them disconnected, later they were removed completely.

As for kits, Both Tamiya and Academy are good, they each have good and bad points. I like them both. The Academy has the correct engine and other details for the time period requested. I have never seen the AFV Club kit, so I can’t comment on it, but the instructions look nice.
Ken

Rude?? Whatever. You just can’t take anyone saying anything different than you and think everyone is attacking you, evidenced by your other posts. It’s not all about you, not even my post. Just providing correct info.

What is the consensus on the AFV Club line of M113’s?

Externally, the AFV Club M113A1 is pretty good. It is an early A1 from Vietnam. The interior has some missing parts though and the interior details aren’t the best. I still like the Academy M113 kits better.

Gino’s post was in no way rude,he felt strongly about a kit and he stated it.

Just want to say I am grateful for these corrections and discussions even though … this forum in particular has made me realize how wildly inaccurate my early builds were. But that’s okay.

There’s a photo of a Khmer Republic M113 in an ancient Armies & Weapons magazine.

I always thought it would be cool to build it, which is why I checked in on this thread to read what those with FAR more knowledge than I have.

So thanks and Merry Christmas!

umhum, I have the same feelings sometimes …
I say to myself that I did the best I could with the knowledge I had back then

I have to laugh at some of my old builds. Like my Fujimi 1/76 Jagdtiger I painted white and dabbed panzer grey spots. Geez…