I’m just getting back into modeling and want to do a couple of halftracks. One will be the 2nd Tank Battalion’s command track, “the Monster”. What is the current best 1:35 M3 halftrack kit, and are there any areas on it that need to be addressed with an aftermarket kit? I’m leaning towards the Dragon offering but would like to see what the consensus is - I stuck mostly to 1:72 before so the price is a big jump.

Really the only options in 1/35 are the old Tamiya M3 or the much newer Dragon M3. The Tamiya kit is a late production vehicle, while the Dragon kit offers the option of building an early or late production type, with the machine gun skate rail or pulpit. I haven’t built the one in my stash yet, so I can’t advise on AM or what pitfalls to watch out for during construction. But it is far better detailed than the old Tamiya kit.

I don’t know if they corrected this or not, but the armor plates were held on by screws, not bolts or rivets. Dragon’s original M2 and M3 had them as rivets (no slot for screwdriver). I heard they corrected it for later M3 (like the 105mm armed) but haven’t verified. Might not matter to you though.

Thanks guys, sounds like one of the Dragon kits it is for the base track.

Gary, that is helpful. If no one comes forth with confirmation that it was fixed on the standard kits it may be worth hunting down a 75mm kit as there will be a lot of scratchbuilding and I’d like as solid a base kit as possible. 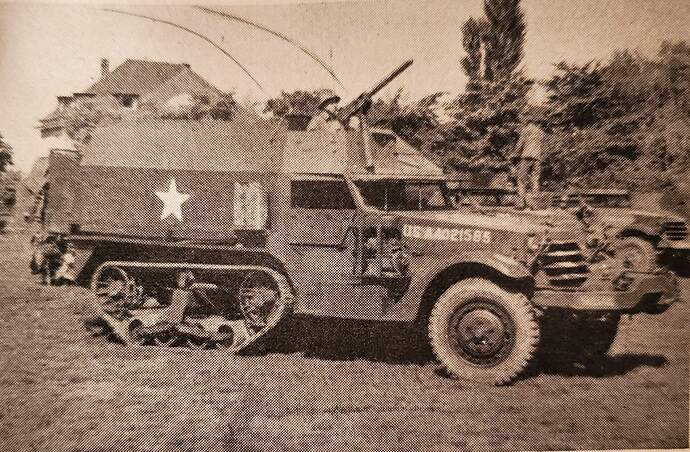 Just remembered another problem. I think the mounting of the jerry can holders in front of the doors are wrong. I think the armor should be flat and they have an extension of the armor body to make the can holders parallel to the half-track.