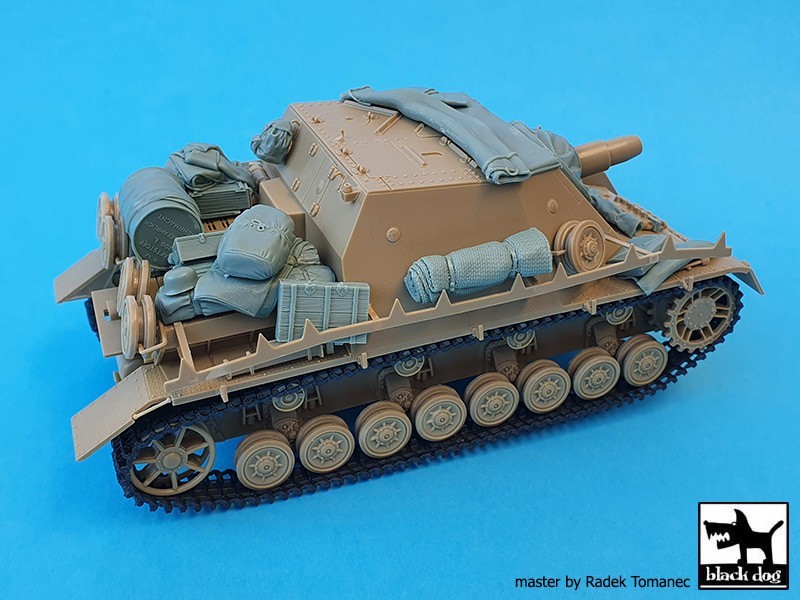 This is partial text from the full article (usually with photos) at https://armorama.com/news/black-dog-new-accesories-in-november
HeavyArty November 16, 2022, 12:46pm #2

Agreed. it would be helpful to include a scale thickness engine deck as a separate piece, but that would probably depend on the specific kit manufacturer, thereby probably killing that idea.

what version of M109 is this? It doesn’t look like mine.

I like the Brummbar Stowage set. really nice work on the skirt on the main gun and the tarp over the roof. I’d build another Brummbar just to add this set to it.

It should work with any type (M108 through M109A6) as they all have the same basic engine/transmission setup. My guess it is made to fit the AFV Club kits, just like the Black Dog M109A2 interior wet is.

I was asking which M109 is this engine modelled from. because it doesn’t match my 1:1 scale A4+.