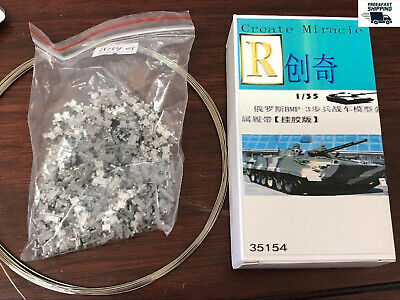 Find many great new & used options and get the best deals for R-Model 1/35 35154 Metal Track For Russian BMP-3 IFV at the best online prices at eBay! Free shipping for many products!

I’ve used their sets on three other builds. Excellent quality. Haven’t had to drill a single link and only minimal clean up here and there to knock off some flash from the casting process.

i thought miniarmmade a set ( resin) but i might be wrong

my set from China arrived the other day but thanks for the help.

may i ask where you ordered from? just curious

ebay, they came from china.

Another choice is “Sector 35” out of Ukraine.

the guy who assembled the tracks was killed a few months ago in a missile attack, i was talking to those guys a while back.