Andrea Miniatures released a new figure in their Purple Heart series. The figure is offered in both 1/35 and 1/16 scale. 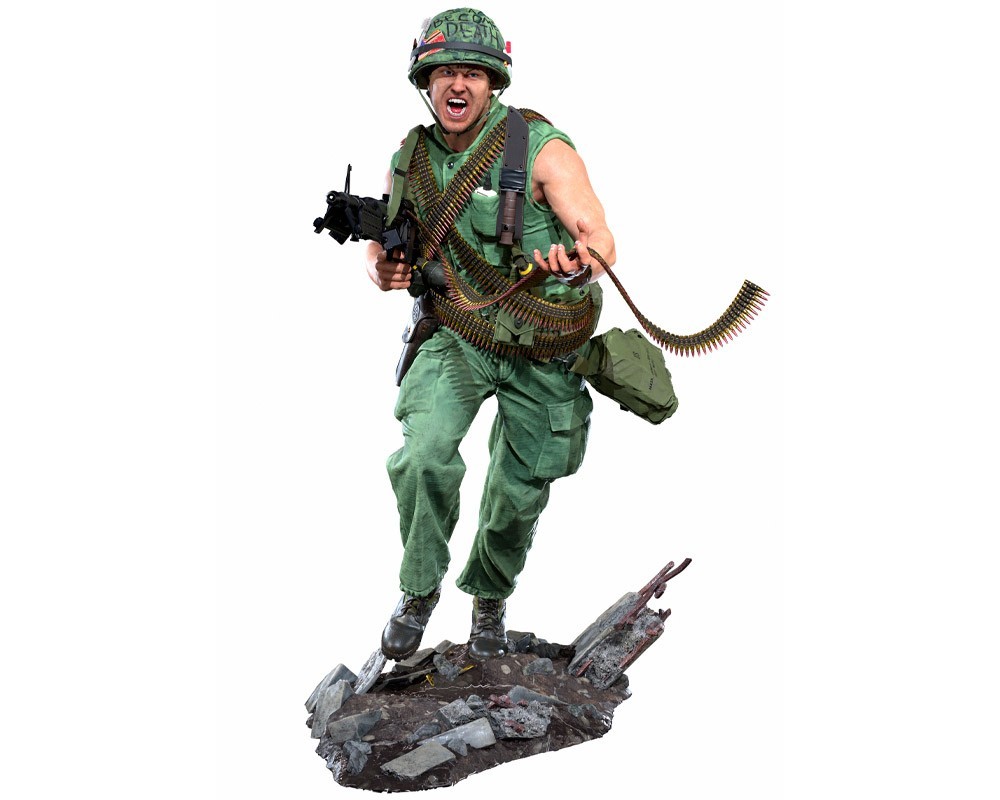 Cool. How would you keep the belt of ammo from breaking off? It looks delicate enough to break if the cat walked across the room.

It is supposed to be Animal Mother, basically this pose, where he is running towards the sniper in Hue’ City. 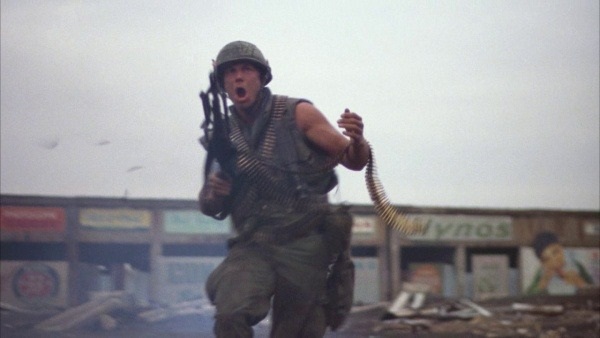 But it should be titled “I Am Become Death” as was written on his helmet. 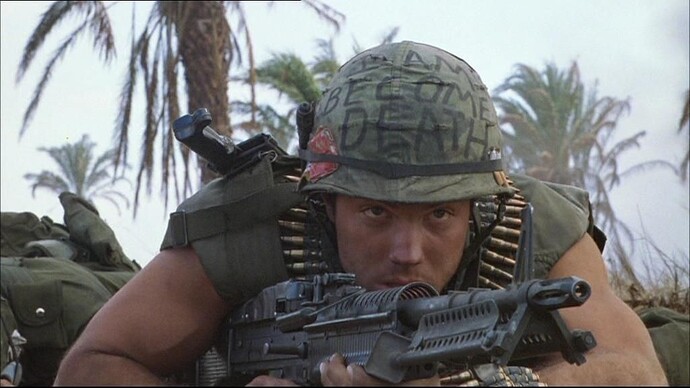 Joker had “Born to Kill” on his helmet. 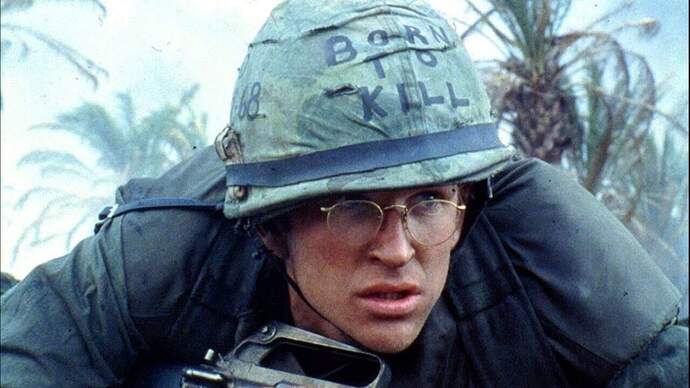 Have you ever read Short Timers.
It is the story written by Joker and is very good.

The Short-Timers wasn’t written by Joker, but by U.S. Marine Corps veteran Gustav Hasford. It was adapted into the movie Full Metal Jacket by Hasford, Michael Herr, and Stanley Kubrick . It is a semi-autobiographical novel about his time in the USMC and Vietnam. It is quite good. It differs a bit from the movie as the three parts of the book are condensed into two parts for the movie. 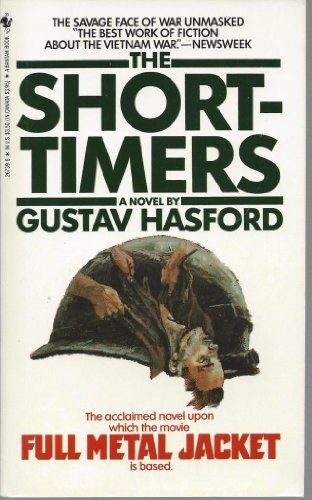 According to the blurb at Andrea Miniatures, th kit is resin and metal, so maybe the ammo belt is the metal part and therefore more robust? Either way, at 66.5€, I’ll leave it where it is.

This looks like a 3D-scan based figure. Wonder how long the model had to hold that position while he was being scanned?

While I am not a Vietnam-era modeler, this figure looks pretty neat.

I built some figures with that combination and I can’t really see the reason for having white metal parts with resin. I can understand the weight of the white metal is heavier than resin, but often white metal has less intricate details than resin. Here, the white metal and resin blend together extremely well and Andrea has a reputation of making kits that fit well together, hence the high price.

No, the white metal in the figure kits I have are the head, arms, and some of the gear. White metal takes paint differently than resin so priming is a must and paint has a tendency to rub off or chip from white metal figures, but the chips are very small and can be touched up. Another reason might be that white metal is tough…able to absorb weight and stress a lot better than resin although resin is pretty tough for figures already.