Designing a Boxer Combat Reconnaissance Vehicle as used by the Australian Army to 3D print in 1:16 scale. 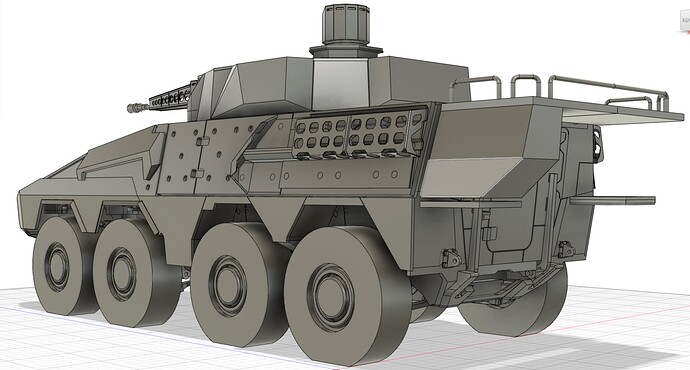 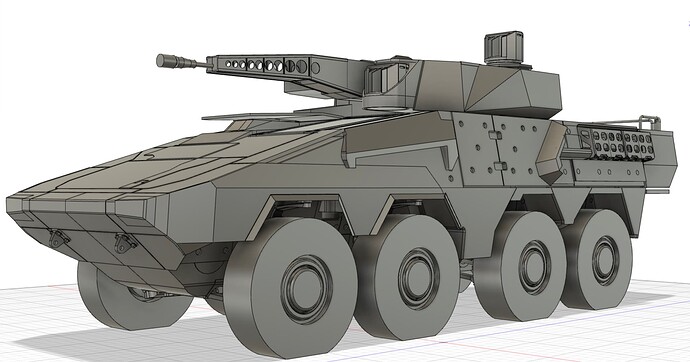 The 3D print is ongoing and will take some time!

How large will that sucker be! 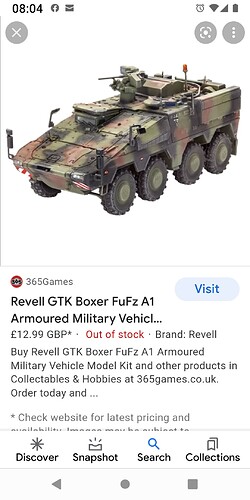 G’day Dan, Revell already do a decent 1:35 Boxer. Worth checking out.

Boxer CRV uses the Lance turret, which is a crewed turret completely different to the remote-controlled turret from the Puma.

True, but gives you everything you need for the conversion

Yeah, nah. Only the gun is useful. Nothing else is shared between the two turrets.

Interesting. Did you finish the Bushmaster, or am I thinking of someone else?

Nope - same person. This is the state of play for the Bushmaster. Need to CNC mill the Perspex for the windows & some finishing bits & pieces. 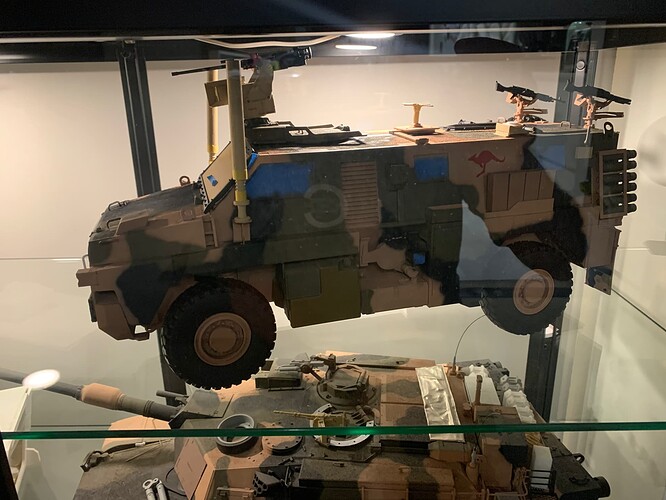 The back end of the Boxer took 340 odd hours. Here it is with minimal cleanup & in company with a 1:87 example. 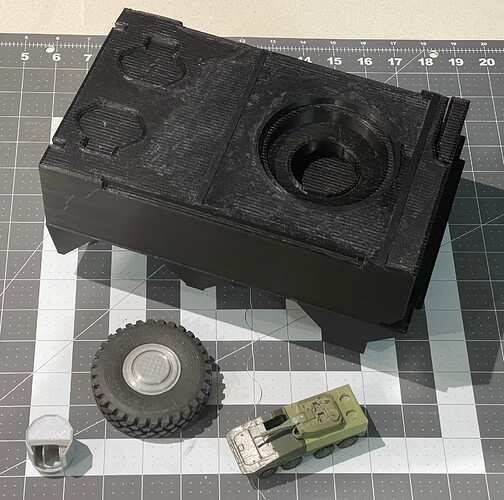 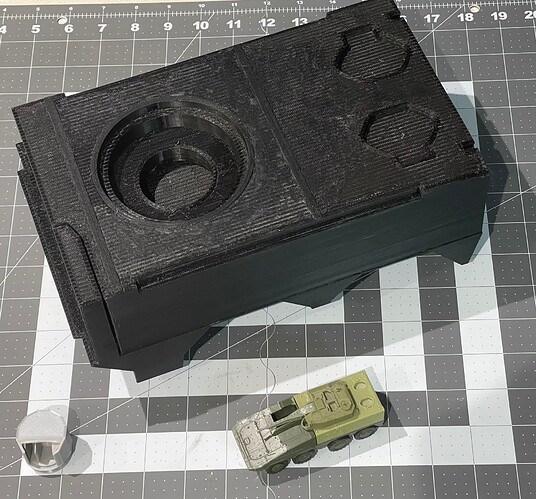 All of that will be covered by appliqué, so aside from fitting, the quality of the finish isn’t a big deal.

Wow. Bushmaster looks very good.
340 hrs = 14 days odd, that’s some serious time. Are outages a big problem if they happen during the print?

Yeah, it does add up. That’s why I chuckle when people hit me up “can you print one out for me?” They have no idea, I hope, what it is they’re asking.

Here’s the notes from the Bushmaster prints in terms of hours. I stopped recording, but it’s be well over 1,000 hours.

This machine is okay with running out of filament, just reload it, and power outages. Had to deal with both for the first print.

I was familiar with prints taking a couple of days, but 14 surpasses that considerably.
Re the outages, I wondered if that induced a reset, so start again, which would be annoying.

They have no idea, I hope, what it is they’re asking.

The front end print has finished up. All told, there’s about 25 days of continuous printing to get the basic shell done. 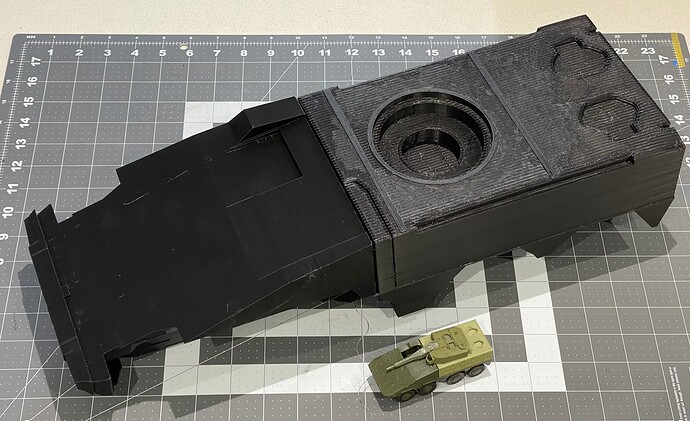 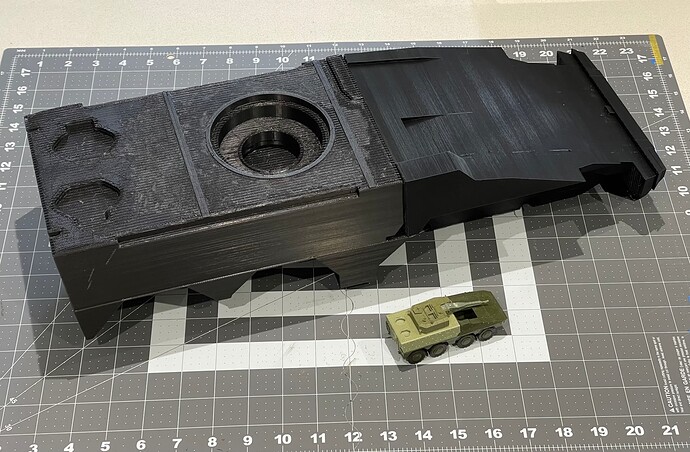 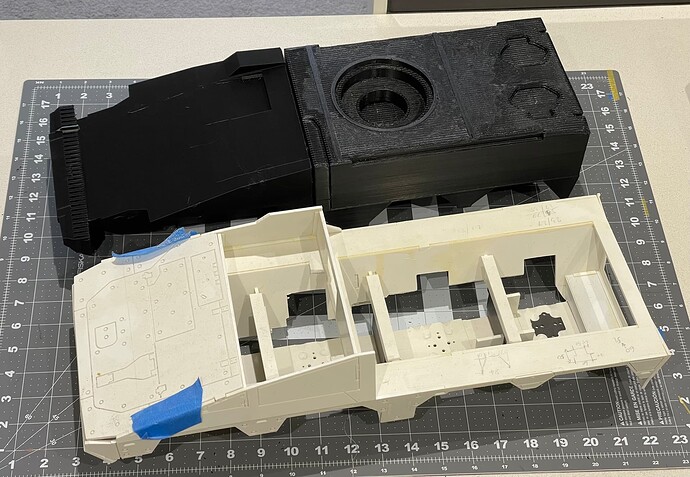 The markings on the mat are one inch square. The white iteration is a CNC milled styrene kit version intended for R/C.

Nahm Modellbau does a conversion kit for the Lance turret.
https://nahm-modellbau.de.tl/Umbaus.ae.tze.htm
But building a CRV with this and the OOP Revell base kit requires a lot of dedication and references.

Yep, I had no idea about the time put into this, so thank you for saying, I have a new appreciation for all things 3D printed now. Looking forward to seeing the final product.

Is the Styrene kit commercially available or is it your own design ?