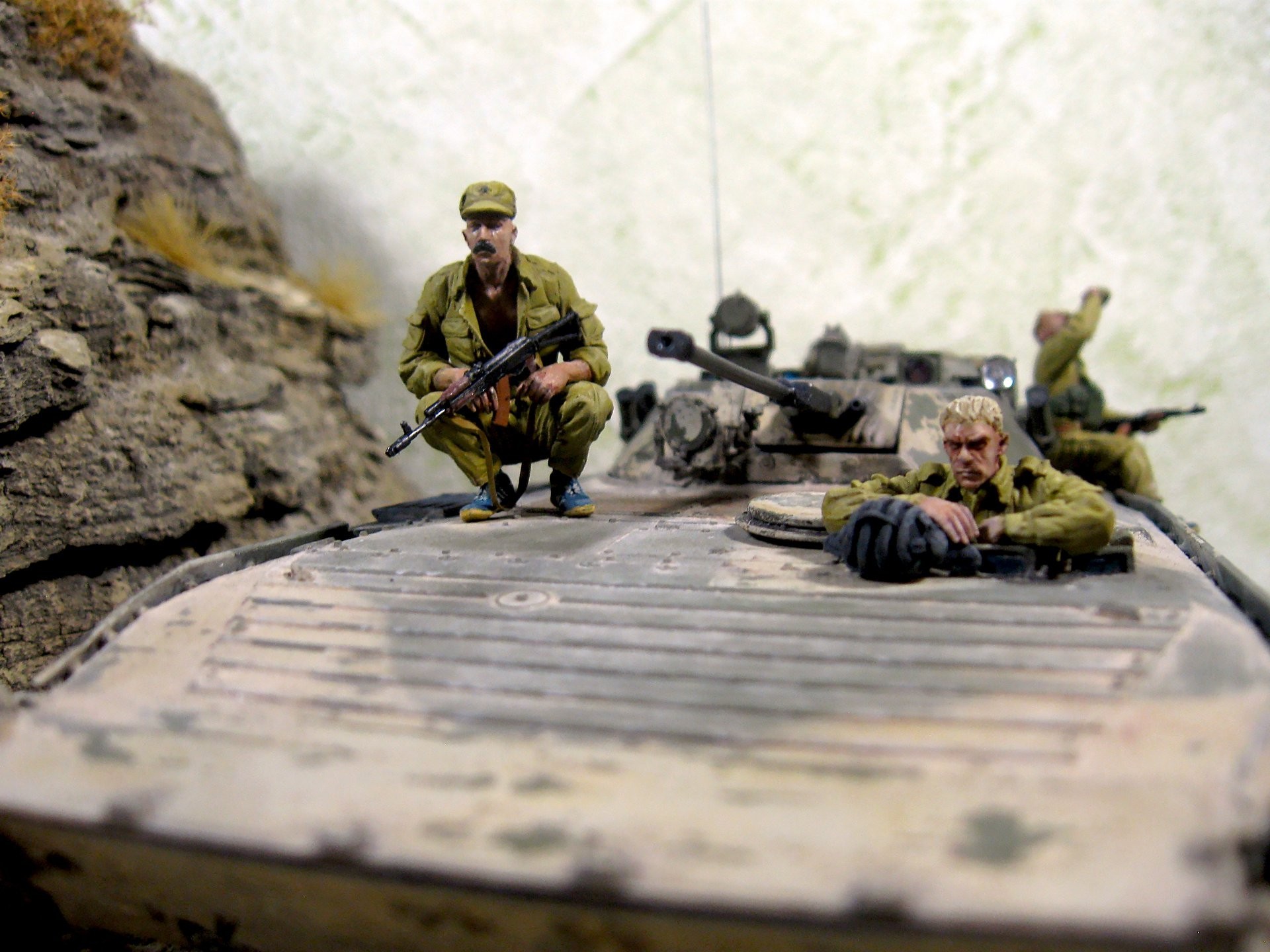 This is partial text from the full article (usually with photos) at https://armorama.com/news/bringing-in-a-suspect-taliban-commander-inspiration
3 Likes
Karl187 January 29, 2022, 7:33pm #2

That’s another nice Afghanistan set piece. Brilliant groundwork I have to say.

Super groundwork, captures the rugged look and feel of the region… The expression on the drivers face also helps capture the mood, anger and determination.

Well, there’s certainly a strong “Sovs in Afghan” theme going on at the moment; good work all round!

Looks really nice. Just FYI, it can’t be a Taliban commander since they were not a factor while the Soviets were still there. Once the Soviets left and various Mujahedeen groups brought down the regime of Najibullah, Afghanistan slid into a civil war mainly caused by Pakistan wanting to have full control over neighboring affairs through its proxy Hekmatyar. He failed to defeat Massoud’s alliance though, so Pakistan turned to Taliban instead which in time took control of 90% of Afghanistan by the late 90s.