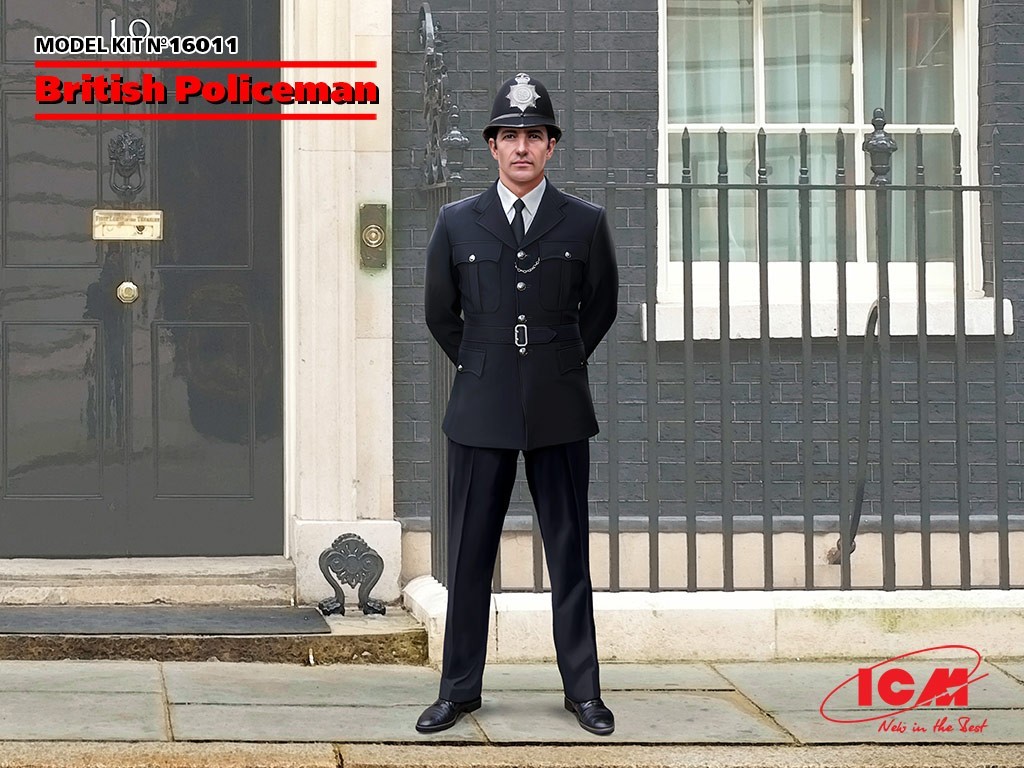 This is partial text from the full article (usually with photos) at https://armorama.com/news/british-policeman
MattP August 21, 2021, 3:33pm #2

The Met haven’t had a 6’ height policy for many many years. The City of London Police did until the early '90s but they also abandoned it sadly

My only criticism of the kit is that it can only depict certain UK police forces, as there are no alternative helmets on offer such as the cox comb design widely used.

Yeah, totally rules out any Scottish force, plus higher-ranking or non-foot officers in England and Wales, all of whom wear the flat peaked cap. It’s a shame, since it was a nice idea for a figure, but it’s about as representative of a “British policeman” as a guard outside the palace in a busby would be of “British soldier”. It’s the London Tourist version of the figure, basically.

He needs the No.10 cat round his feet.

I’m guessing that aftermarket variations for the helmet will appear soon, with different badges as well. In addition, complete heads with the cap will be made available.

Flat caps are designed for officers in cars foot patrols should be wearing that style of helmet or the new shorter version .