Ok peeps, need some help. Working Trumpy’s BTR 60PB, but ran into a bit of an issue. Part A19, Shown attached on the sprue, shows one end a bit longer than the other, but the instruction sheet is extremely vague on which direction the “taller/longer” end is attached. Is there experience here that can tell me that the longer end attaches to part A21, or is it attached and points upwards on part D17/D15? 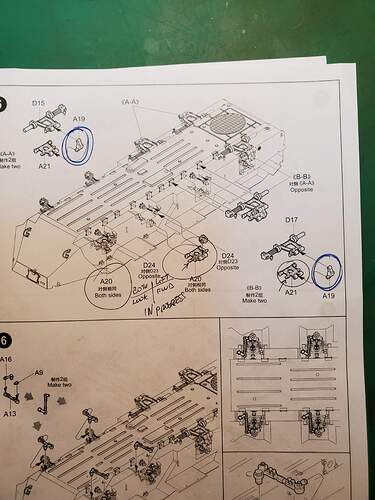 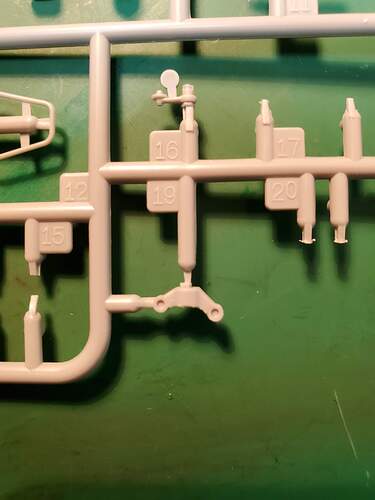 Don’t know but I would be leaning towards long end D15/17. Does part 19 have one side bigger/smaller to help with the choice? The other option, if the fronts are installed, can you temporarily add one side point up and other down and see how the alignment compares to the front? That way you have at least one correct and the other two can be built the same meat to start.

dry fit D15 and D21 against the “tub” and check what angle you get for the wheels.
It looks as if the wrong way up on A19 would result in the wheels being tilted up or down (overloaded split axle or vehicle on jacks with wheels drooping) 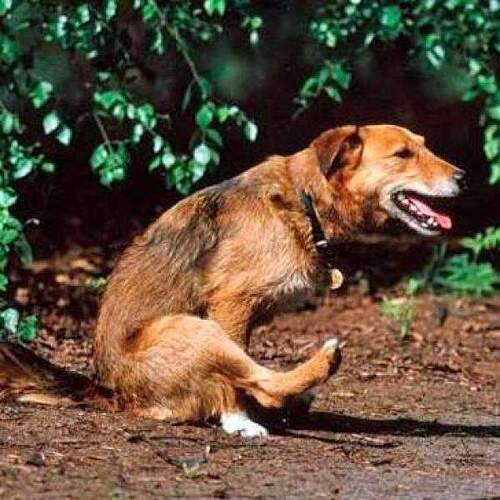 Based on the BTR 70, I’d say long to the top, or your wishbones will angle down, not be horizontal and your ride height will be out 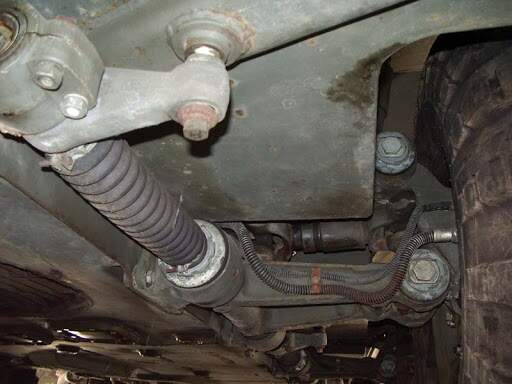 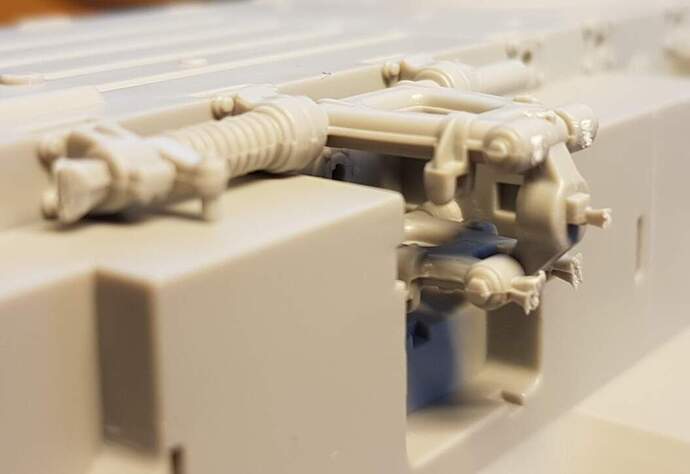 The diagram in step 6 of the instructions gives a hint about this. 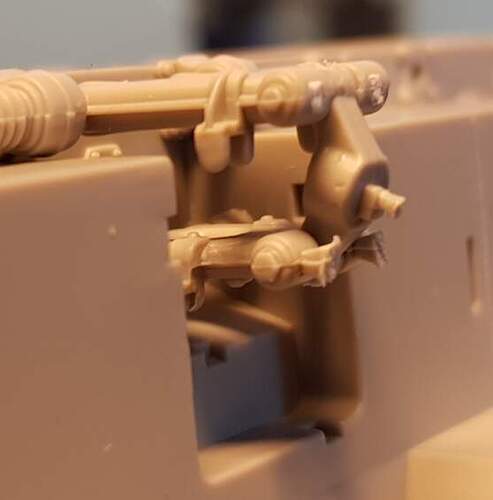 The rear end of the BTR-60 would be on its belly if A19 is mounted wrong.
The press fit is strong enough to make the parts movable to allow easy assembly to the hull tub.
Glue isn’t needed until the assembly is in place

After a little bit of surgery this week, and since I can’t run hurdles for a month, I’ll be spending a bit of time in the hobby room. I told the doctor what I would be doing, he wanted to see pix of my work for my next follow up appt. sometime in April. With that being said, I’m going back into my little hut (of a mind), take some good drugs until they can be replaced with an ice cold beer, and get crankin’ by cutting up some plastic on this Djibouti BTR!! I’ll surround myself with some African music, incense, and multiple glues with their own unique scents.

Robin: ever get tired of being right all the time?

Robin: ever get tired of being right all the time?

One gets used to it after a while

BUT
being right all of the time also means that I must be careful as h*** to avoid being wrong.
If a trustworthy source provides incorrect information it will cause a lot of damage so when I’m not 100% sure I have to clearly state that the provided information is unreliable.
In this case I was pretty sure that I could see the correct orientation in step 6 and 7 but I went ahead and tested it on my own kit just to be 100% sure

@Uncle-Heavy Therein lies your justification for having a stash of every armor kit known to man, so that you can provide that service, right Robin?