My grandfather did a few years on the USS Quillback (SS-424) before being transferred to a Lafayette-class SSBN for the rest of his service. I’m looking to model both boats, but the Quillback is giving me some research trouble.

Apparently Quillback was a GUPPY IIA conversion. According to Wikipedia (

), the IIA conversions were externally identical to IA conversions, and the IB was externally similar to the IA except that it lacked the “modern sonar, fire control systems, or ECM.”

So all this boils down to: the IIA boats were similar to the IB boats, so I can use AFV Club’s 1/350 scale Italian Guppy IB kit as a starting point. The issue is finding or scratchbuilding the sonar/ECM/etc bulges on the top deck and under the front bow.

Obviously, I’m only concerned with external appearance so most of the Gato/Balao/Tench differences are irrelevant to me. I think I’ll have to omit one of the four exhausts and that’s it. 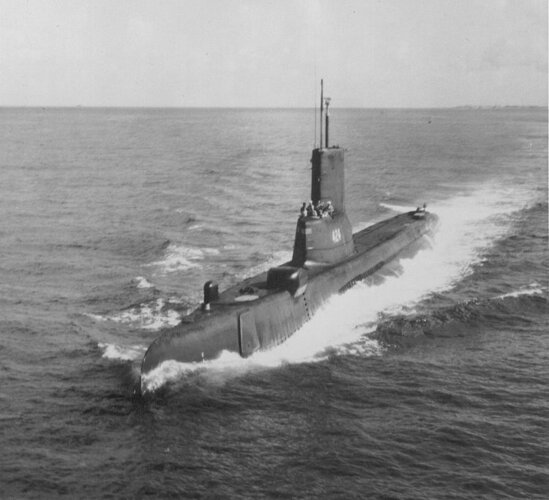 This is from Norman Friedman’s “U.S.Submarines since 1945, Revised Edition”.

So looks like I’d need to scratch the chin dome and the extra masts. The AFV Club IB kit would probably be good enough then.

In a perfect world a “kitbash” of the guppy and the IB would probably do it, but that’s expensive.