Burned out tanks with zimmerit

What happens to the zimmerit on a burned out, but intact German tank. Does it flake off? Does it melt? Does it just get charred black? I am building a burned out Elefant, and looking at various photos online, but can’t really tell. I seldom build tanks with zimmerit and am no expert. Any help would be great. Thank you.

35-stunning-images-panther-tanks-knocked-burnt-captured-and-abandoned-normandy might be of interest. Example of pictures, some maybe colorized etc. 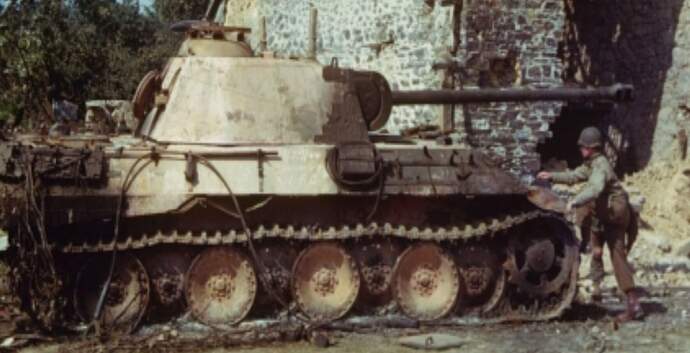 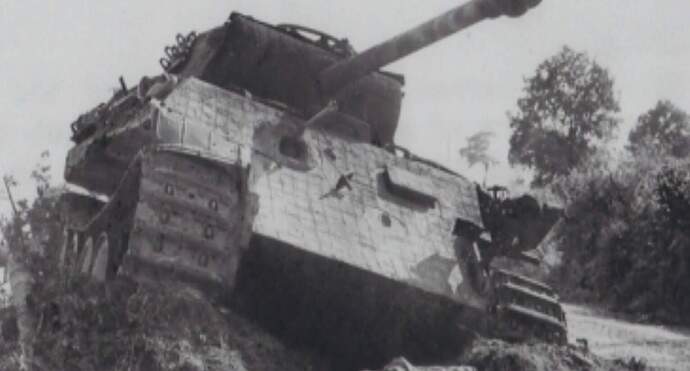 From what I’ve read zimmerit would not melt and once fully dry was not readily flammable despite its components.
My guess is it would char. 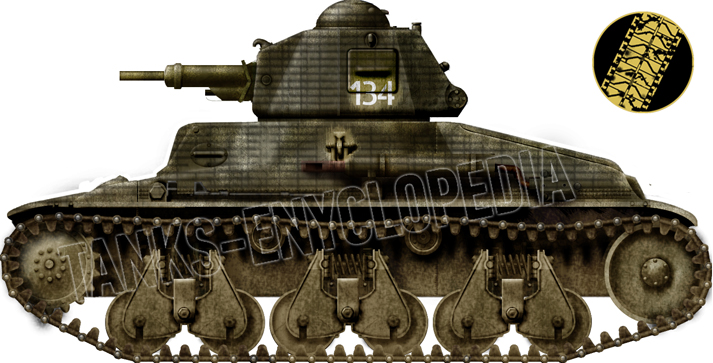 Zimmerit in Soviet and German tests

The appearance of Zimmerit first baffled the Soviets, who quickly proceeded to test it. However, it was largely ignored afterwards.

From what I’ve read, Zimm was treated with a blowtorch during application, so was fairly fire-resistant. But as it was essentially sawdust in glue it could come off in chunks when the metal hull expanded and contracted with heat. But the experts will know better than me!

Thanks guys, I think my question has been answered. From the pictures I have seen it looks like zimmerit does get charred black, but also can flake off when it gets hit by a shell or the armor gets heated from fire.

It’s very ironic when a blowtorch was used to harden the Zimmerit, but the Zimmerit was eventually discontinued because some crews claimed it was a fire hazard!

My theory on the above: Zimmerit appears to be porous in nature, and it’s ridges enable it to trap and hold any spilled fuel. It may be this trapped fuel which ignited from enemy fire, and was blamed on the Zimmerit.

As an extra, some of Zimmerit’s ingredients included benzene (to dissolve pine crystals), and sawdust - both flammable. Maybe the spilled fuel acted as a catalyst to ignite the Zimmerit, itself! ONLY in a limited amount of cases!!

Zimmerit was applied at the factory from August 1943 onwards, and could also be applied by units in the field. Its use was discontinued in September 1944 because of rumours that it could be set on fire by shell impacts. This was tested and officially disproved. However if the Zimmerit had not fully hardened by the time the vehicle entered combat there would still be flammable benzene present, so the rumour could have a basis in fact.

Another reason for discontinuing the expensive and time consuming process was that in the end none of the Allied nations used magnetic anti-tank mines, so it was a wasted effort.

Original Zimmerit coatings can still be seen on the Jagdtiger and the Tiger II with Production turret. " 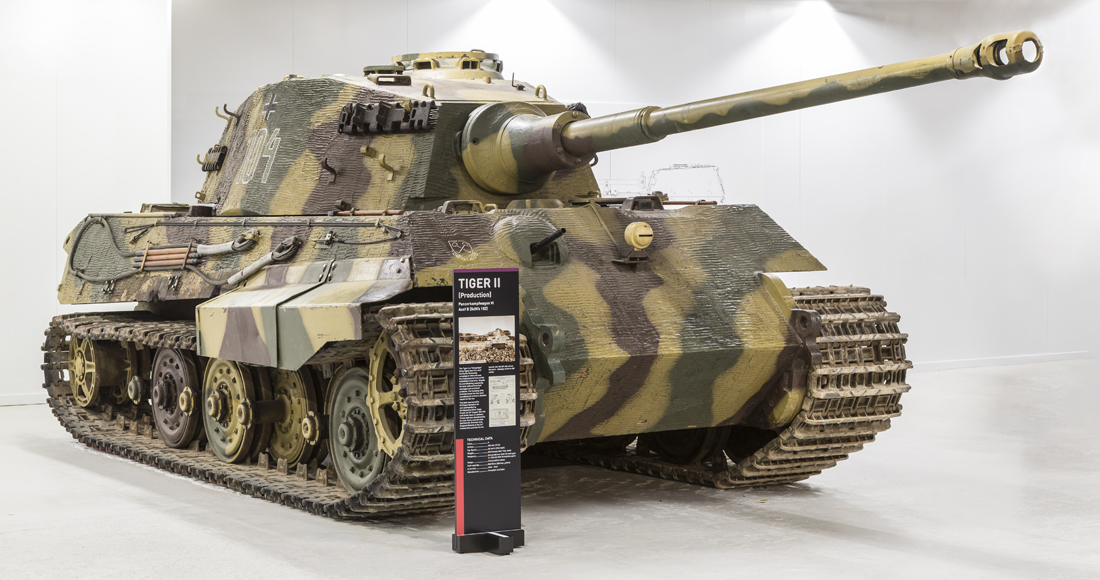 Zimmerit and why - The Tank Museum

The ridges on the exterior of the Jagdtiger and Production Tiger II are called Zimmerit - a protective layer designed to stop magnetic anti-tank mines.

More on the subject here… Zimmerit: The Unique Coating Along the Outside of German WWII Armored Vehicles

When looking at German tanks from WWII, you may have noticed a strange texture covering most surfaces of their armor. Although this looks like some sort

It seems it was only flammable when fresh and the benzene component was still wet or off-gassing.
It was said to take 8 days to fully cure/dry and it had to be dry before the tank could be shipped out. The factories used torches to speed up the process hence the reports of fire.