Photos show the Rhodesian Bell 205s used at the end of the Bush War in a green/brown wrap around scheme. What colors? I’d presume SADF colors. From what I’ve read it would be BS381C-298 OD and BS381C-360 Buff to start, then the Buff replaced by BS381C-450 Dark Earth. I’d think the OD/ Dark Earth the more likely combo. How big a difference isthere between these and the WW2 Dark Green/ Dark Earth? (I have those "in stock"already, along with SCC-15 OD.)

Photos I’ve seen of the Bells, compared to Rhodesian Hunters, etc, looks like the helos might have been the BS381C-360 Buff. Any opinions?

It looks to me like they are in a two-tone camo of dark green and dark tan. No exact matches, but I think you can wing it with something along those lines and be fine. 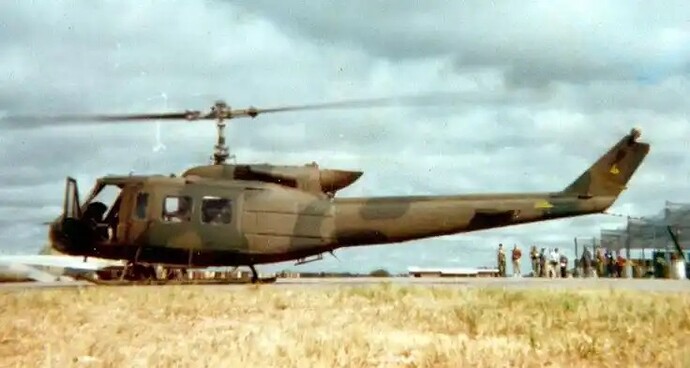 This one looks like it is just painted with dust/mud. I think they overweathered it. 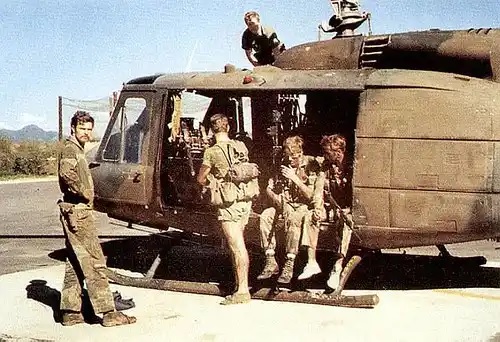 I wonder if they were using the same shades as the British Army Air Corps were using at the time?
When I did my Lynx prototype, I used Humbrol 119 Light Earth and 163 Dark Green. Might be a starting point to match or convert the numbers? Bit tricky as they’re very dusty and weathered to get an exact match up.

Here’s an Auster painted the colours I tried to match my Lynx to at this year’s Cosford airshow. Obviously, this one’s in pristine finish! They could have looked like this when freshly painted. 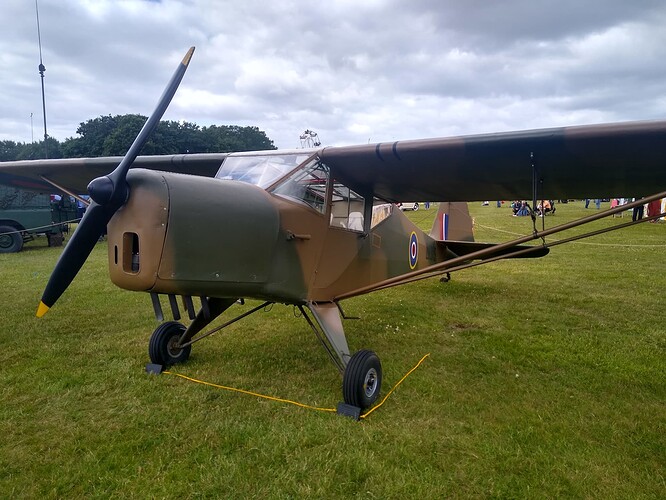 It’s as good a starting point as I can think of.
Some fading, dust and a coat of flat clear it would look about right.

It’s going to be a good project. Small air force’s and bush wars can make for really interesting builds. Will watching to see how this turns out!