Every so often a quirky military vehicle kit comes along and there’s few quite as odd looking as the BV-206S. 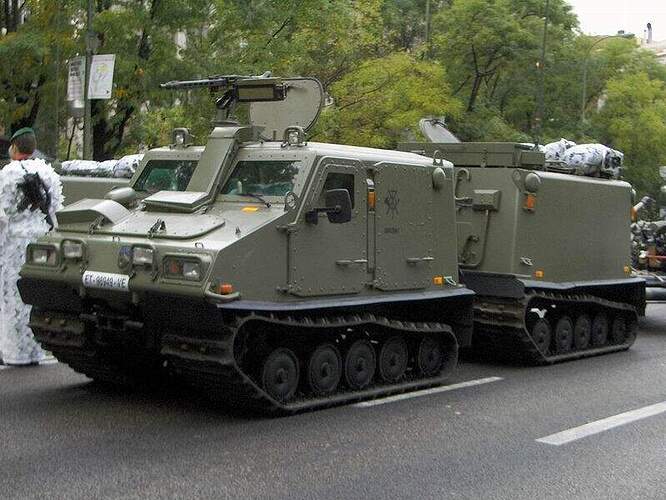 Developed in the early 70s by Hagglunds and designed to replace a similarly articulated but older design ( BV-202) the BV-206 was originally conceived to work in harsh terrain found in Sweden but like its predecessor could handle almost any rough terrain from the Artic to the Antarctic. 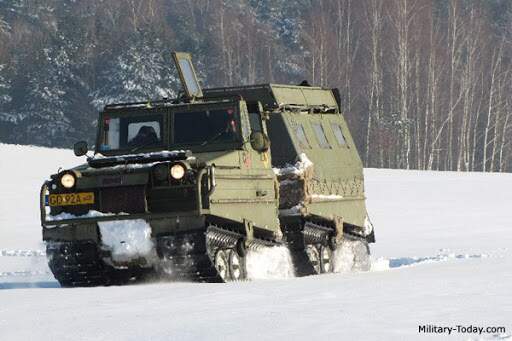 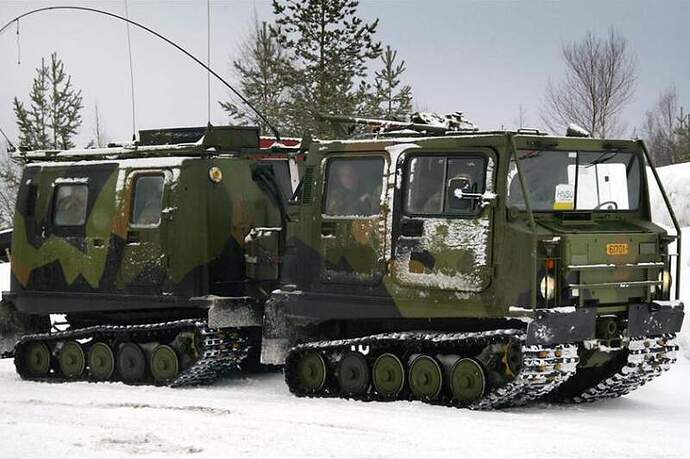 Strangely Takom decided not to make a kit of the BV-206 which is easily identified by its flatter, stubby front unlike the longer, more angular front on the S.

The S variant is covered with armour both on the front and rear sections capable of stopping 7.62 rounds at point blank range so it looks bigger and bulkier than the original. The basic S is a troop carrier but variants for carrying a mortar and one for Command & Control have also been built.

Takom have the options for three vehicles, one Italian and two Spanish but disappointingly no French, German or Swedish examples. I have gone with a Spanish Army vehicle based on photos of one in Afghanistan. (I learned recently via a thread on the old forum that the wheels on the running gear in the kit are not actually accurate for a Spanish version.) 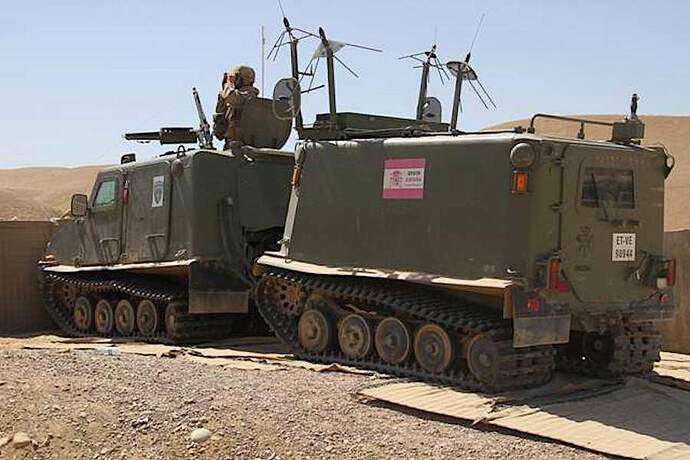 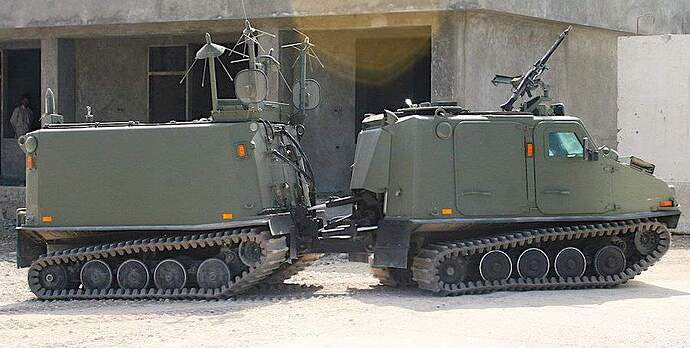 I built this kit a while ago and I remember the build being very straightforward apart from adding the thick rubber tracks. 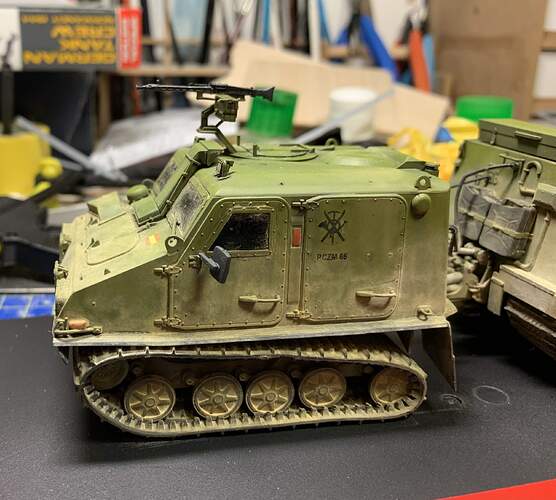 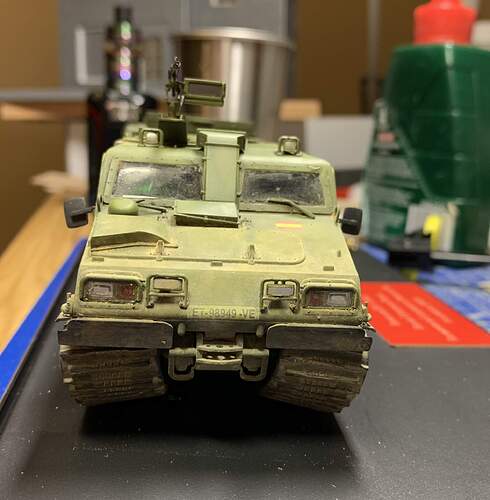 All four running gear assemblies are quite delicate, particularly at the rearmost wheels. The tracks are very thick and the fit is really tight, so much so I found it impossible to mate each end of the tracks on the running gear. I just could not get them to stay mated for long enough for the glue to set. Trying to mate the tracks and not crush the delicate running gear was a major pain in the ass.

Eventually I mated the tracks off of the running gear then slipped one side over the sturdier front end of each set of running gear and then stretched them back and over the rear. I only snapped off two wheels and that was an easy fix- given just how tight the fit was two busted wheels for four assemblies was perfectly acceptable to me! 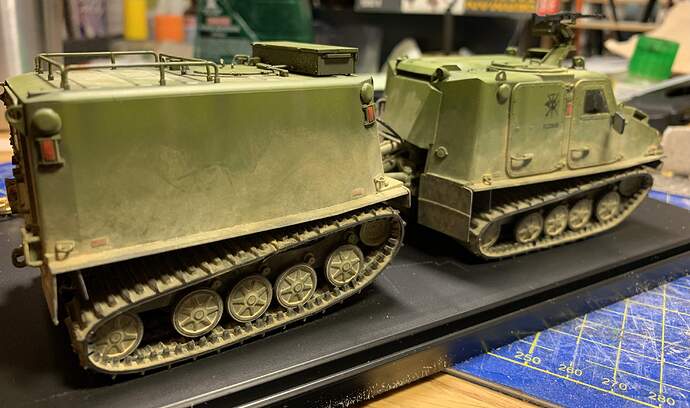 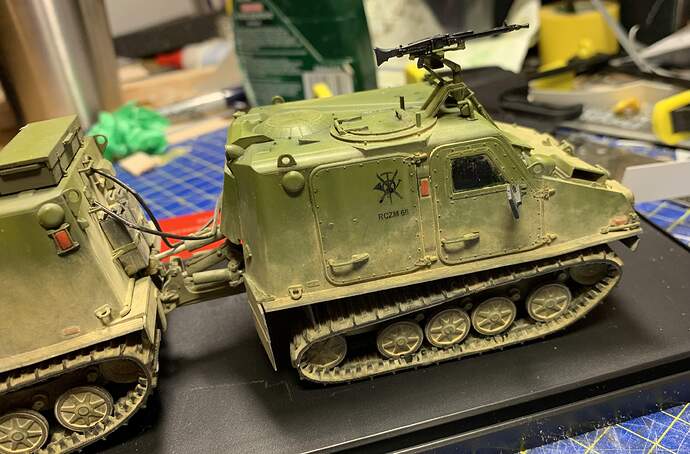 After this the build flowed nicely. The only other issue is the interior of both modules. I would call both adequate. However, if the German versions of this vehicle are anything to go by then several communication and electrical equipment mounts are missing both in the front and rear module. 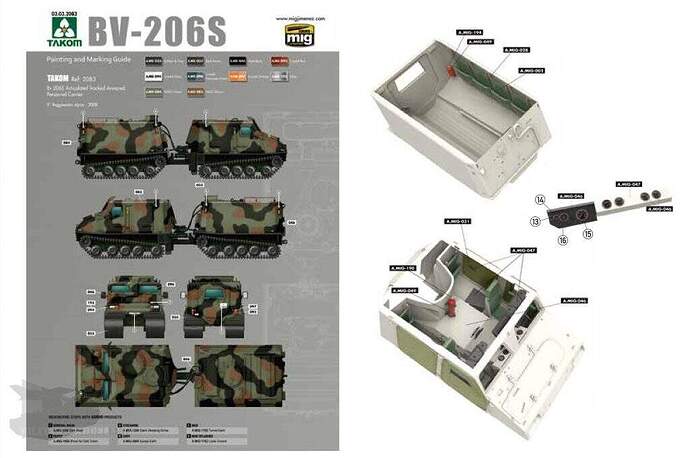 image1024×681 64.9 KB
You can see the interior detail in this picture of the painting guide. Unfortunately I didn’t take any interior pictures.

In this link you can see many interior photos of a German BV-206S showing quite a few differences to the kit interior.

The rear module has fold up bench seating which is present in the kit but only the folded up seat pads and seat rears are present. The real seats have strapping coming down from the roof and seatbelt anchors beneath. The forward facing wall of the rear compartment also lacks detail. German versions also show a rifle stowage rack on one side of the rear cabin near the rear door which is not in the kit.

Don’t get me wrong about the kit though, it is a good kit and unless you are planning to open hatches and doors the interior is a non-issue. 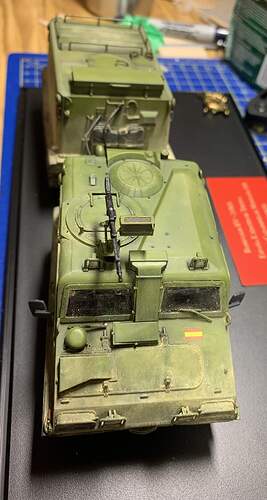 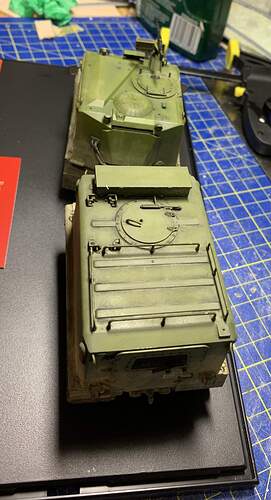 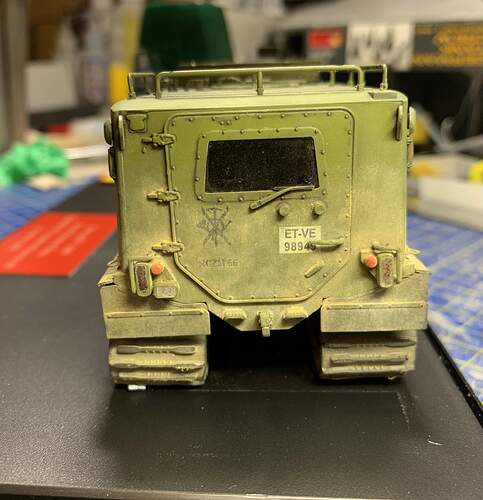 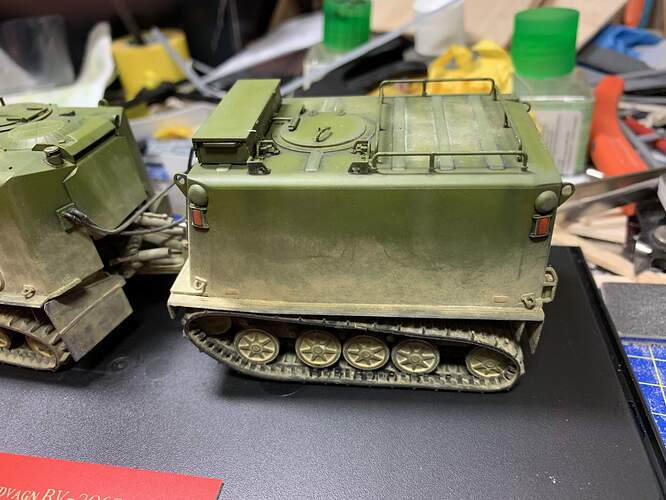 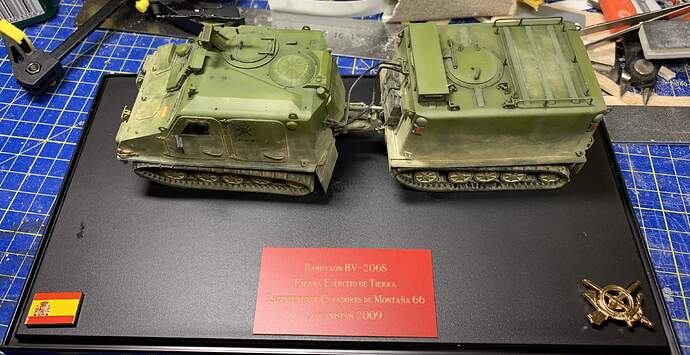 Unfortunately it doesn’t look like this kit was very popular as I seldom see any built up pictures of them. Thus it seems unlikely we’ll get an original 206 or the more modern BVS-10, a real pity in my book.

PS: If any of you have built this kit please let me know what you thought, purely out of interest.

Thanks for reading. Comments, criticism etc are more than welcome.

A very unusual kit indeed, but beautifully done and wheathered!

Always liked that kit and it is very unusual looking. I can definitely see myself getting one. Great job on it !

Very good job, I like the weathering -and the pin on the right of the base!

Thanks for stopping by and thanks for the compliments too, much appreciated

Its a great little kit, very quick to assemble too. Thanks for the kind words.

Thank you for stopping by and leaving a compliment! I had to search around a bit to get that pin- got a Guardia Civil one as well for a Lince kit which has become a bit of a shelf queen!