I’m looking for info on Hermann Goering Pz Div tanks in Sicily 1943. From what I can see from B/W images most armor seems to have a rather sketchy dark yellow, or tropical sand color (if at all!) over the old Panzer Dunkelgrau. Anyone have further info?

@Biggles50, Leo, I’m not aware that we really definitive answer to the question. Here’s my speculation on the topic and its open to revision and new info etc. In other words, I’ll be the dummy to kick off discussion…wink.

The only way to know for sure would be with a specific vehicle serial number to ID when it was ordered and what was ordered for it. Some of the serious researchers could probably determine those details but that’s well beyond my level of seriousness.

HG had some elements in the late 1942 scheme of RAL 8020 Gelbbraun base colour with RAL7027 Sandgrau camouflage for Tunisia. In many cases, I think this was factory applied for the vehicles ordered. 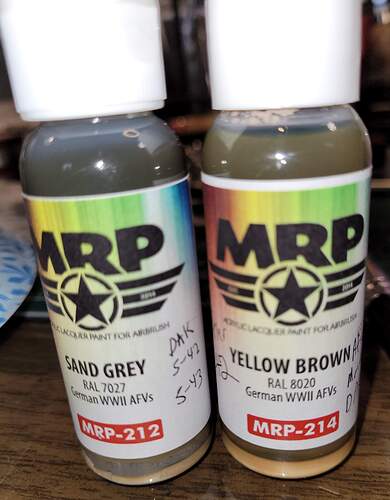 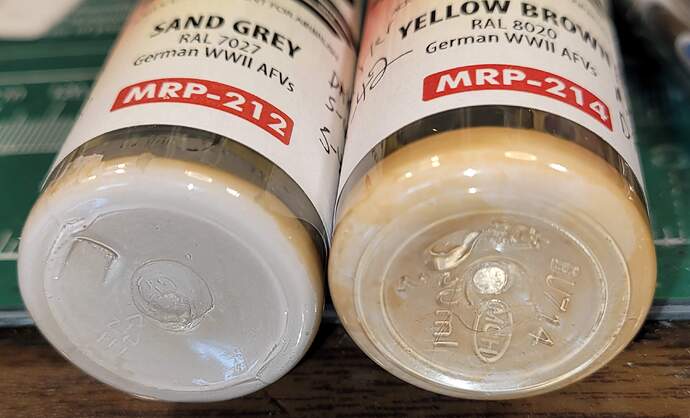 In Feb 1943, the Tri-color we’re familiar with was introduced and ordered. There was also an order for troops to adapt camo to local conditions.

So with all that said, for a new/newer manufacturered HG vehicle at Sicily, I’d favor tri-color tweaked as you see fit to match local conditions.

For an older vehicle, say ordered before the paint change went into effect, I’d favor RAL 8020 Gelbbraun base colour with RAL7027 Sandgrau tweaked as you see fit to match local conditions. With a little Panzer Olive Green and or red brown as desired.

From what I’ve read when orders were placed or changes made it took a little while for it to take effect given the chaotic nature of the German WW2 system.

This basically my current speculation for HG AFV colors based on what I’ve read etc from various sources.