I’m building the ancient kit of Italeri, 1/35, making some improvements.
The kit instructions sheet shows a camouflage, unusual on German tanks but often seen on Hetzers on bw photos, describing the colors as greyish green background, dark green, dark brown and white bands.
The sheet is of about 50 years ago. With present knowledge, is it known what colors were?

Weren’t these colours as aresult of using Czech paints? Somewhere on the site there will be a Ninja who will answer this in more detail I’m sure. I seem to recall the Bovington Hetzer was thus painted at some stage.

Rotbraun, dunkel grau and dunkelgelb are the 3 colours. Mig do sets for german colours.

This is from my mate Dave Holms, he has credits as a researcher for published books on German armour if I recall correctly.

Indeed there are pictures of that camouflage on hetzers. It is a particular czech paint pattern and colors.

No, they used typical German paints

The first group came out of the factories yellow and the crews camouflaged them.
Later Hetzer camo colors were based on which of the two factories that built them. 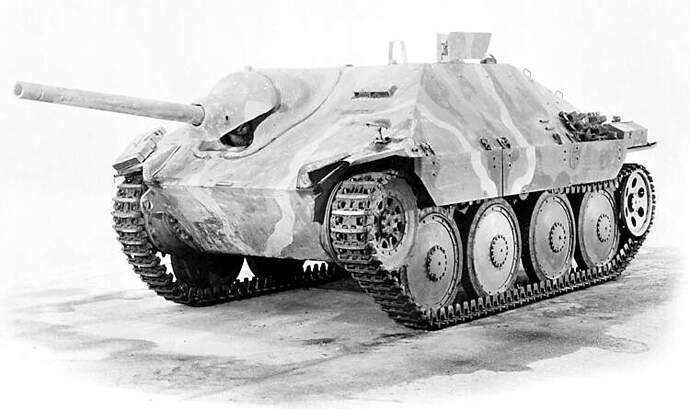 I have only seen what others refer to, so have never seen real documentation or color photos. So might be German or Czech paints. Not sure.

Later camo schemes- The Modelling News: 1/35 Hetzer masks in two schemes from J's Work reviewed
All hetzers would look like these two schemes. 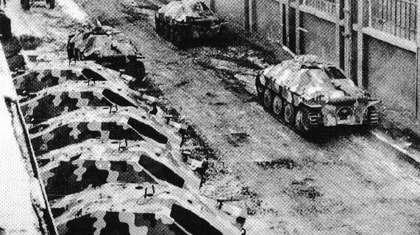 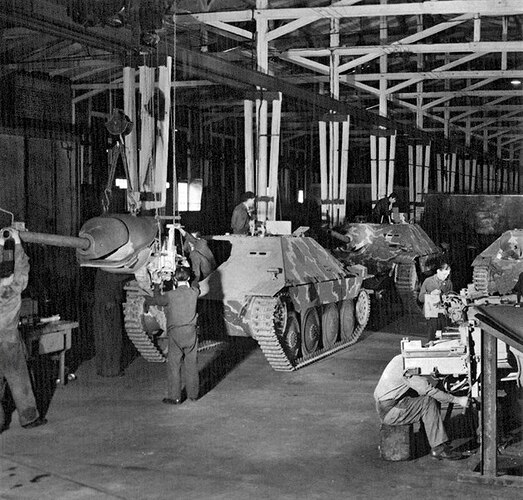 So the old “truth” about Czech colors is basically not true? We know German paints were used or is it B/W interpretations? I am not saying one thing or the other, I just want to understand the background.

Hi all, thank you for your answers.

While I don’t doubt that the camouflages of the masks did exist, I don’t agree that they were the only pattern on Hetzers.
Here are some photos that I’ve found by googling: 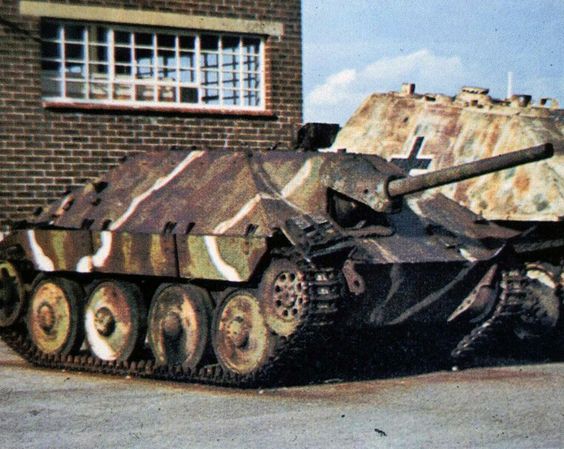 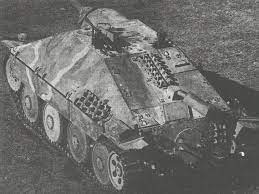 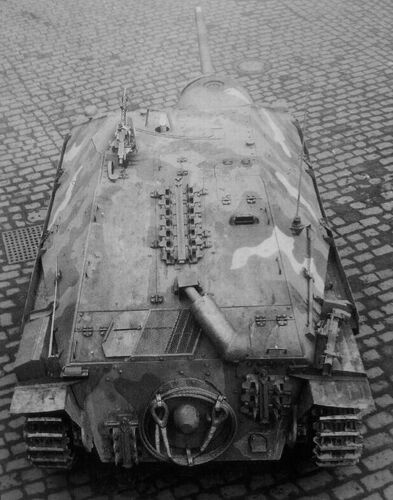 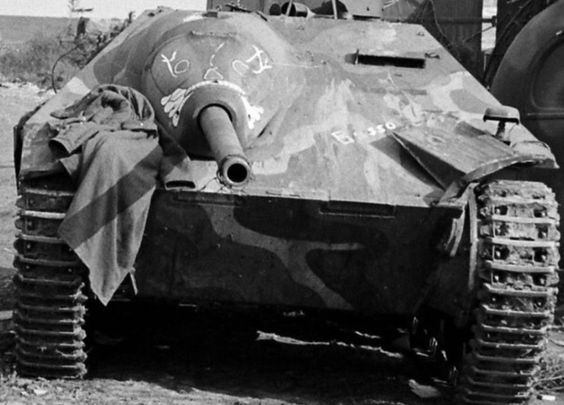 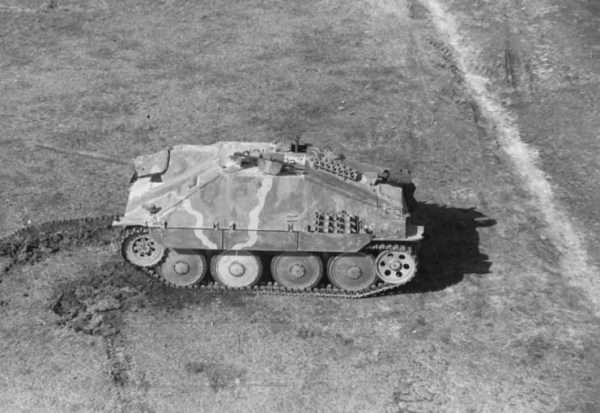 So it is sure that such a camouflage did exist. What was its relation with other camouflages is harder to say.
The most important thing to state is if the light lines, that were made with permanent paint, were white or some other very light color.
The photo color of the wreck seems to show sand, green, red brown and perhaps a darker blackish color. The rust makes the photo tricky. The apparently white bands are the best preserved from rust, a sign that the light paint was permanent and overposed to other layers.
Just, permanent white stripes painted in factory would be demasking on any non-snowy background.

I would recommend obtaining a copy of Jagdpanzer 38 ‘Hetzer’ 1944-1945, Jentz, Doyle and Badrocke, Osprey Pub. for detailed descriptions and timing of factory-applied camouflage patterns, as well as examples of field applied ones.

One has to say that the color photo could be a b/w photo with artificial colorizing, so it could be misleading.
I’m prone to think that this tank and similar ones could be painted with green background and sand and red brown stripes made by brush. Maybe the sand was lighter than the standard dunkelgelb.

My point exactly. We clearly see a lot of patterns - at least three standard patterns: “Ambush”, “blotches”, and the “light white lines” pattern.

What colors were actually used is much more difficult and is up for discussion in any case. Does anybody really know? Maybe on the ambush and blotches it seems to be confirmed German colors were used based on color photos.

On the white lines pattern it seems Czech(?) colors were used that does not fit the usual German colors. assuming the color photo has not been colorized.

Definitely something unusual going on camo wise in that factory photo that Dan posted with all the unfinished Hetzers lined up awaiting their guns.

I don’t think anything is unusual here as certain factories had a certain camo pattern. One factory used a pattern with dots (ambush) and one factory did not.
Was there variations? Sure looks like it.
Its discussed in the books that I recommended.