Can any old folks here tell what is this exactly?

I bought 2 of these a few years ago, but forgot in some random box when moving. I checked Humbrol website and google, but the name is too generic. Would be nice if anyone have any info and if it actually works. Thanks! 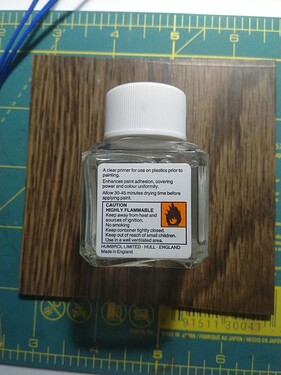 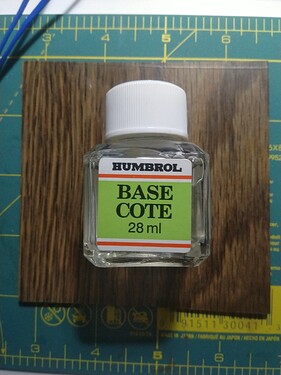 One of several ‘Cote’ products they released. They still do some of them like Matt Cote and Gloss Cote but different jars.

From memory, from a review I once read, this is an enamel based product just like the other Cote products. It is designed to be a clear finish primer that you spray your colour paints over. Being clear was a disadvantage, as it did not show any flaws in the build the way a grey or white primer does. Being clear also negated its own value as a primer for paint -s it did not add a uniform colour and therefore any filler, etc used on the model during construction showed through the top colour when it was added to the model, meaning heavier coats of colour paint were required over the Base Cote. The primer and layers of paint destroyed fine detail.

I never used it, so I can’t confirm what the reviewer said.

Ay, it is indeed an offending term. Sorry.

The stock of enamels I got from was paints from the 70s to 90s, with items discontinued a long time ago. I asked other younger audience forums, and they have no idea about most of my stuff aside from people started decades ago.

It could also be used to prevent hotter paints from crazing plastic.

With those labels, it’s not exactly an old Humbrol product. Now if it was one of the black labeled tinlets from the 20th century…

I’m just half way through my 20s, so these are old enough. The casual of my age group already called old school for using enamel of an unknown brand.

The black label tinlets belong to the museum. I don’t plan to switch miniature to collecting tinlets.

Well, I’ll offer this bit of advice. If you happen to come across any of those black labeled Humbrol tins of paint, snatch them up. They are the best enamels that you will ever find, and can literally last for decades. And if you don’t use enamels, sell or pass them off to someone who does.

I still have some of the "paint sets " Humbrol from the 70’s. And they are still good . That stuff last forever !

Every time I talk about miniature painting out side of the forums, I feel like the last of my generation here to know about Humrol.
These enamel tinelts were of the reason I joined here. 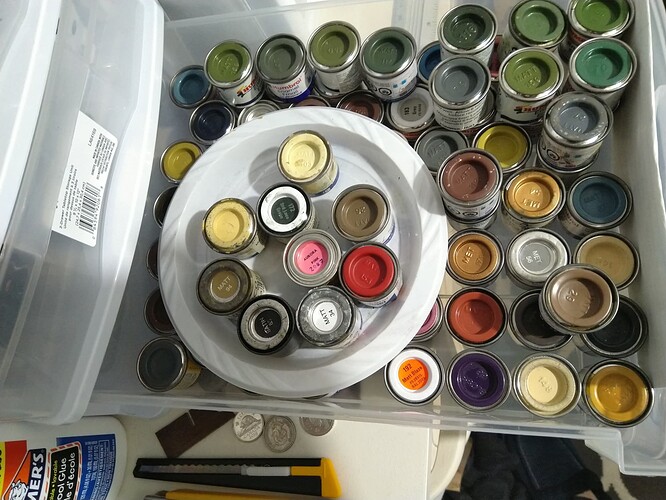 Well with a stash of tins like that… there is hope for you. I need to gather all my tins I have collected over the decades (throw the previous century in) and do a group photo. Ahh Humbrol. UK’s gift to the modeling world (Ok Airfix too). I have tins I bought back in the late '60’s still good to use.

Ok.The thing is definitely not enamel base. It has an alcohol odour and can’t be cleaned with mineral spirit. The brush I used doesn’t get hard like typical enamel, it become dry soft resin like, not sticky… On the model, it doesn’t get thick. It feels like a dull coat, but really depending on the surface of the plastic. Overall, I still don’t know what it is aside from the instruction on the back.