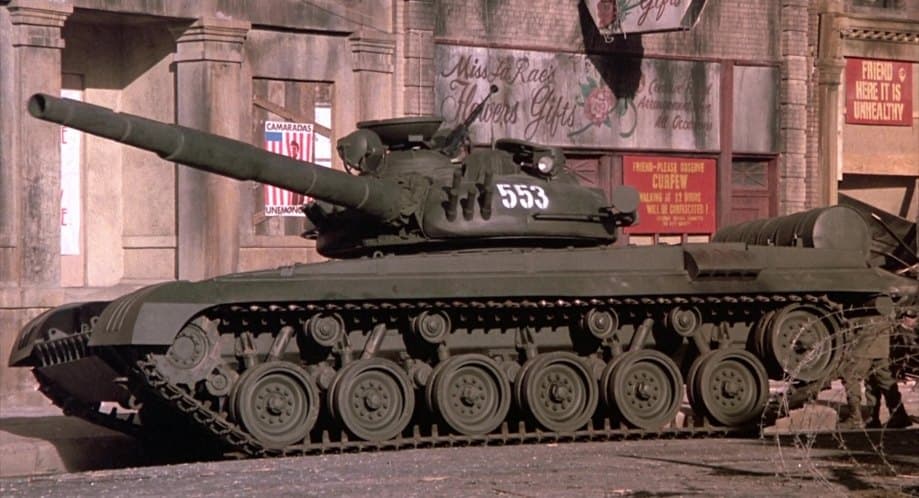 Interesting… What was this originally?

Is it a render from a game? There are bits that are familiar (road wheels & suspension look M48/M60) and other bits that make no sense. My guess is a “bitza” design for a game…

Hello, that looks like the T-72 from the movie Red Dawn and, perhaps, other flicks. From what I remember it was based on an M48 chassis. There was some other tidbit of information about the vehicle having to be operated in reverse…hence the front looking drive sprocket.

that looks like the T-72 from the movie Red Dawn 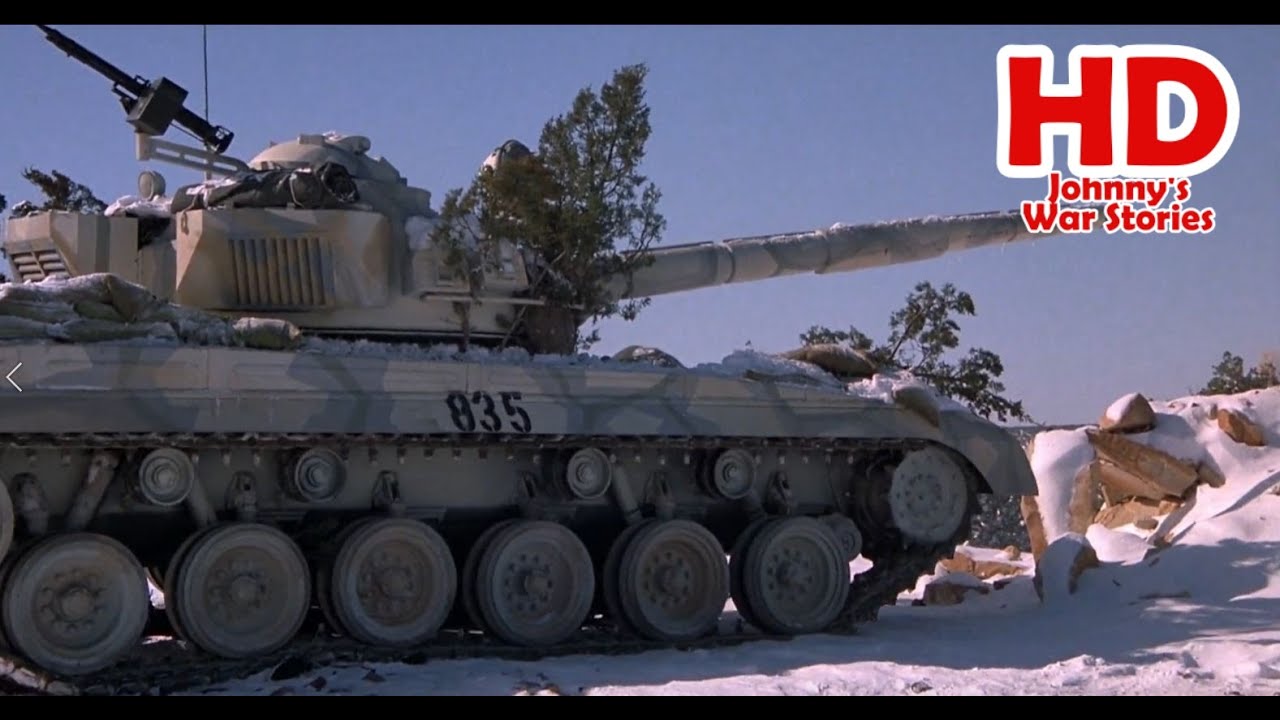 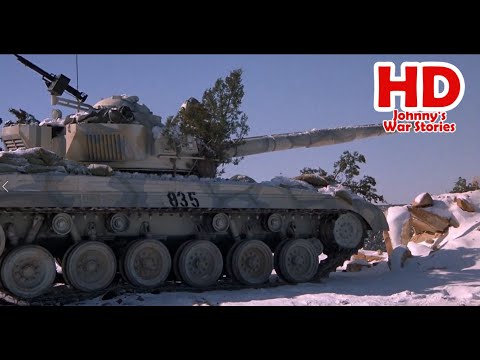 “The fake T-72 tanks from the film were built on the chassis of a surplus M8A1 Cargo Tractor, which itself was a stretched version of the M41 Walker Bulldog with four return rollers and six roadwheels per side instead of three return rollers and five roadwheels. The mockups were so realistic that the production mentioned that they were trailed by the CIA, who wanted to know where the tanks came from. These mockups would later be reused in several films including 1988’s Rambo III, 1999’s Three Kings as well as the series Tour of Duty.” 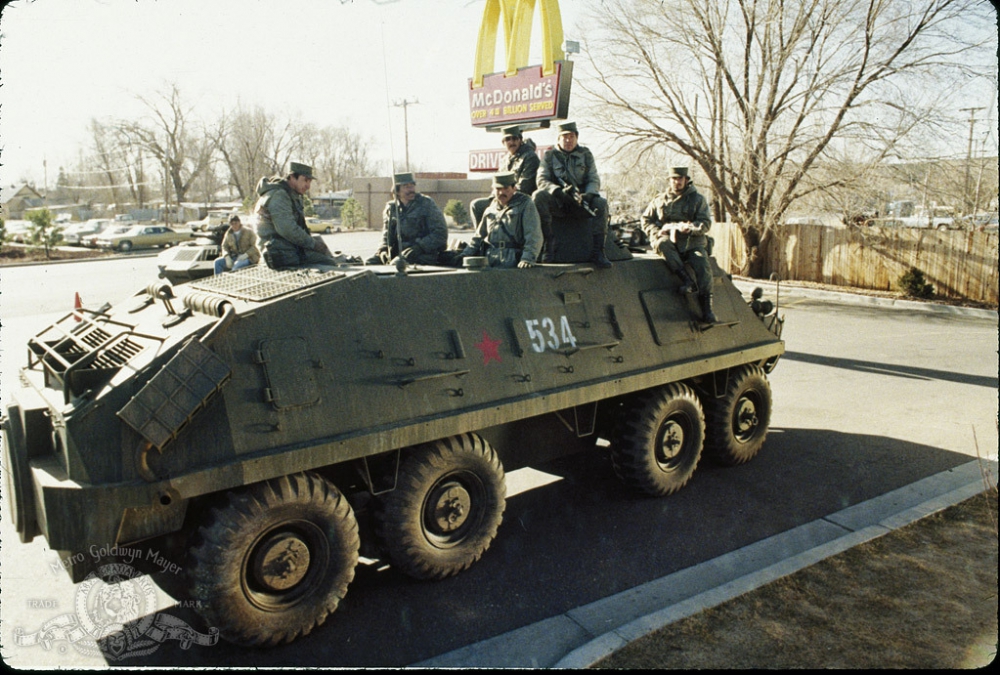 Well, that was timely; 'reminds me that I have the ancient Nitto M8A1 Tractor in my stash!

Yep, love that movie! Some of the best mockups ever made for a film!
Ken