I am trying to find details about the aircraft F-ANRY regarding the interior color. Dora Wings instructions say blue. Looking through the door this aircraft shows a light colored bulkhead. 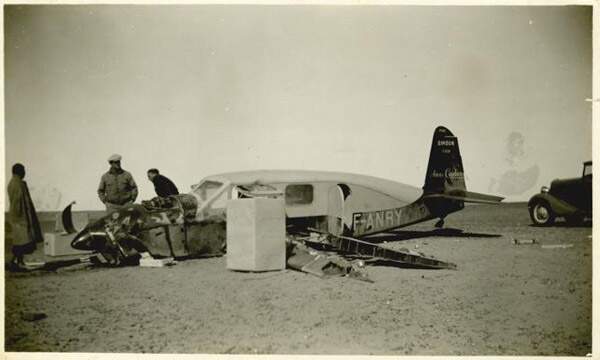 If this is the same aircraft, based on what looks like the spare gas tank behind him, the interior is very light. 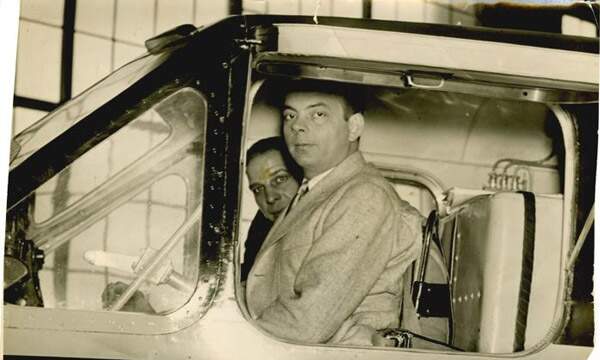 This image shows the inside of the door as very light colored, but I don’t know if it would be the same as the rest of the interior. 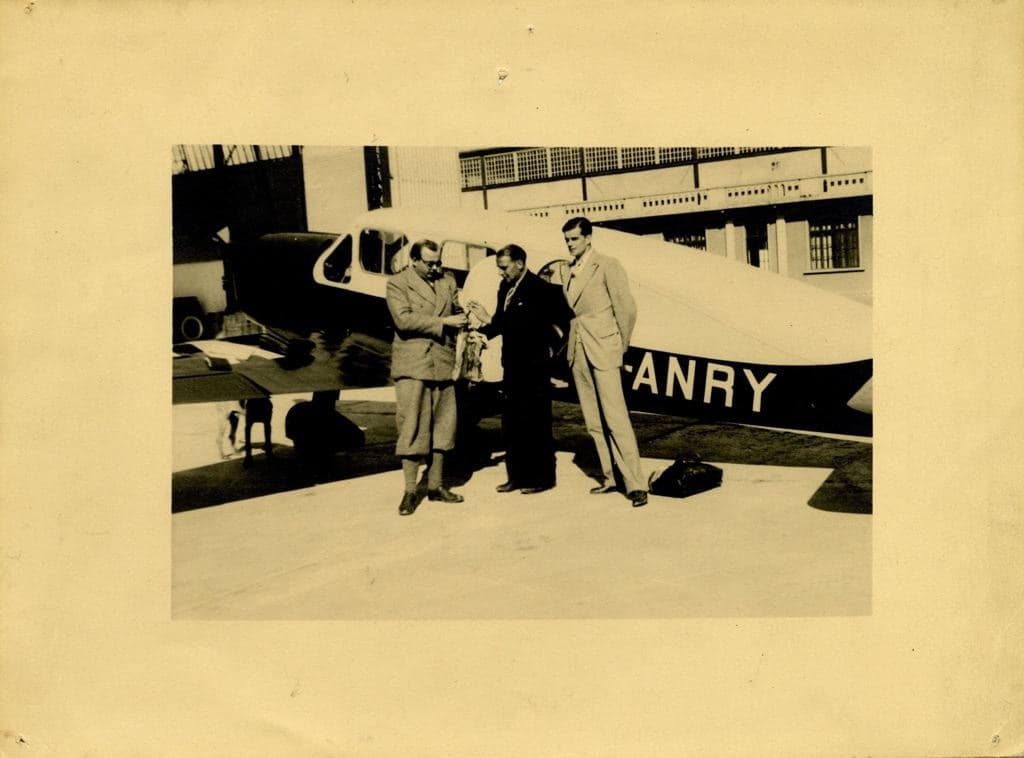 Black and white photos are hard to decipher regarding actual color. Would it be ivory/sail color or white, or something else? The aircraft is fairly small and I imagine he would have had to crawl up to his seat. I am trying to place how the fuel tank would have been situated to allow him to access his seat.

The beautiful interior shot is from a later flight attempt and not of F-ANRY. The demarcation line would be at the base of the window frames.

This shot is a slightly different angle of when he was taking off in F-ANRY. Interior color is still light. Extra fuel tank is behind the second seat. Still not sure of the shape of the seat frame. Maybe these will be of help to anyone else wanting to build this aircraft. 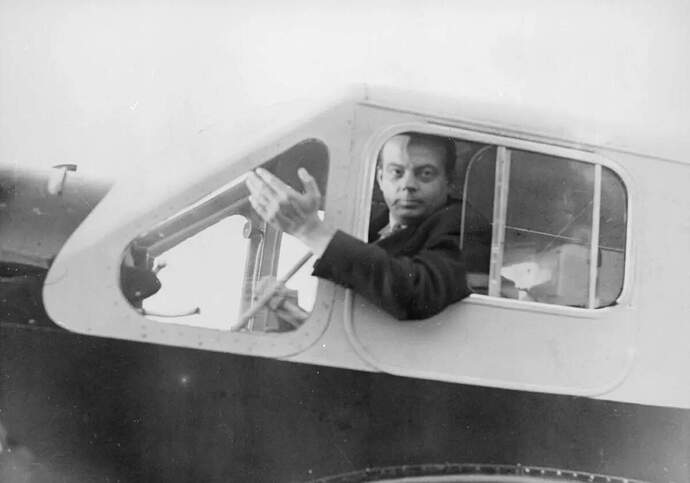 I will start mine soon.

Cant help with your question on the interior colour Russel, but looking forward to see your build log

Sorry for the delayed reply, Tim. Glad you will be watching but it will be a slow go.

The gas tank issue was fairly easy once I figured out what I was looking at. 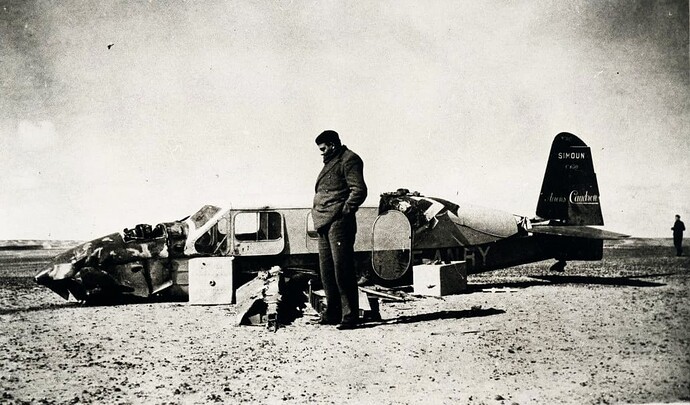 Something that caught my eye is the line in the passenger side window. It is consistent in another photo of the plane. I am guessing the cockpit area was painted darker, at least down lower, than the rest of the cabin.

Here is the fuel tank upright. 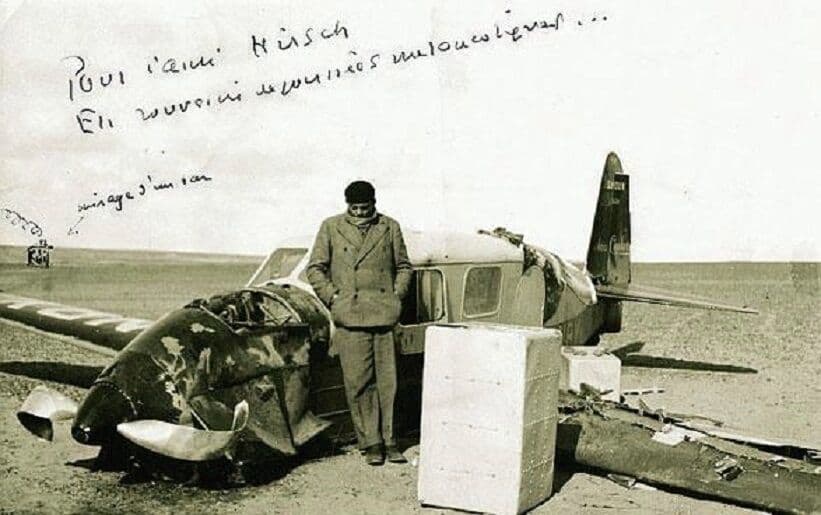 Square in shape. The curved edges are a better match with the photo of it in the cabin. Square cross section, recessed lid and riveted body. The tool box is in the background.

Here is another shot of the door. Shows how small the plan was compared to the man. 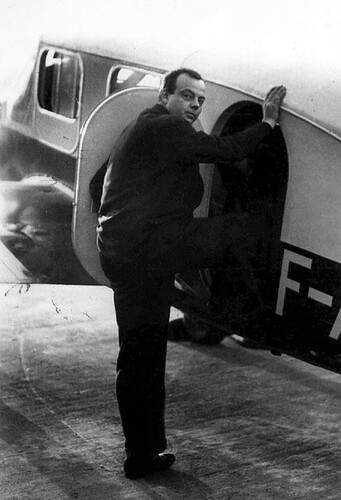 I have read several accounts of his life and the crash of F-ANRY. Surprised at how much detail is offered on some sites relating to his other experiences but very few have any real detail about this crash. I’ve tried to drive in zero or near zero visibility. Can’t imagine trying to fly in it, over uneven terrain, not knowing for certain where you are.

I have some square dowels that should be the right shape. The fuel tank is very visible so it will need to be included.

This is great and I’ll be following. I recently got the Dora Wings model and am very interested in anything St Exupery-related. In fact, I have a P-38 that I’ll be building as the version that he flew (if I could only find the decals for it).
As for the interior color, a few years ago I built the Heller Amiot 143 and scratch-built the entire interior. using a French language book. For what it’s worth, I don’t speak or read French other than a smattering remembered from junior high school in the 1970’s (which made it interesting to say the least). While I painted it zinc chromate, I seem to recall something about the French painting the interiors of some military aircraft a light blue-gray; this prompted me to get some Model Master French blue-gray…but I didn’t use it. Don’t know if it applies to civil aircraft but I’ll see if I can find the precise reference to it. Maybe it’ll help. 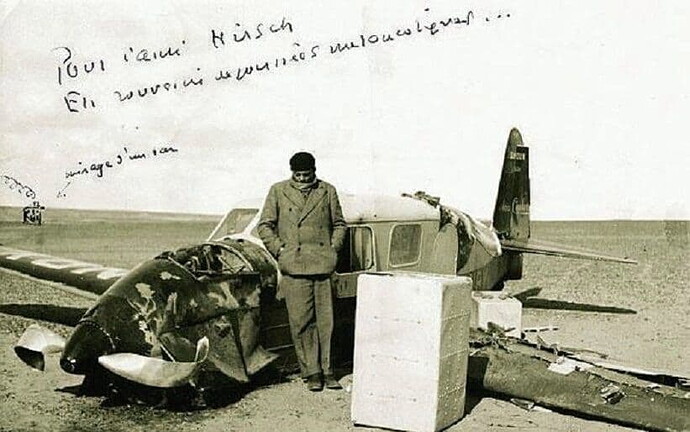 I liike the small drawing of the mirage. Brilliant set of photos, though it does look pretty chilly