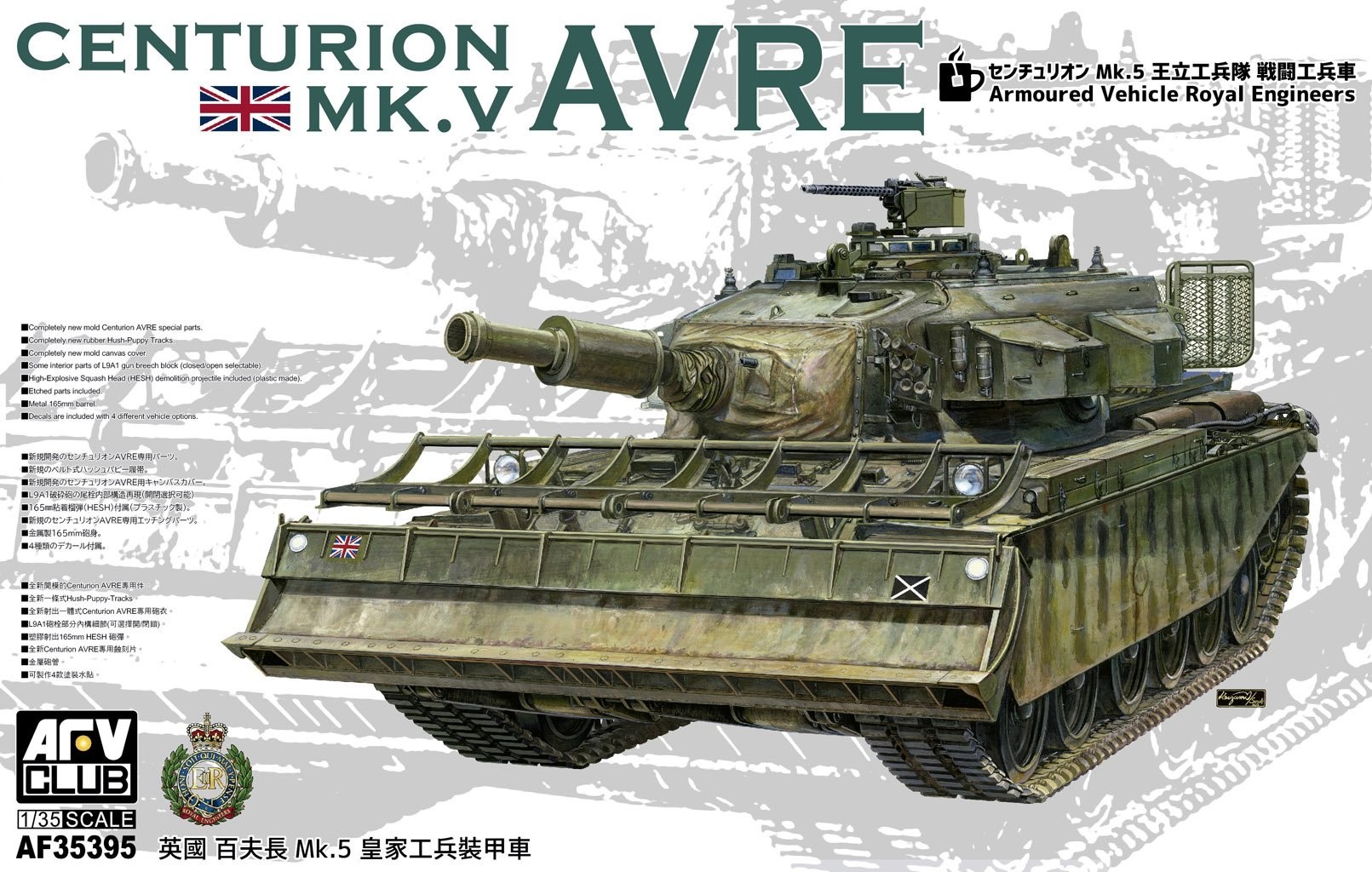 Wow that looks really nice. Now I guess I’ll have to get rid of my Accurate Armor conversion ……

It does - and I have the Amusing Hobby model - which will need a few additions from Accurate Armour - so I’ll probably soldier on with that version. Always nice to see some more Brit armour though. This sort of seems to be year of the Centurion what with this and Michael Shackleton’s (Scorpion Miniature Models) excellent conversion kits.

Pray tell, who sits in the seat above the turret? And, I love the cup of tea to represent the Armoured Vehicle Royal Engineers! Nice touch!

This is cool. Does anyone have any info on what unit markings are included? Would like to do a Op Motorman or ODS cab if possible

Very welcome indeed! However the tracks are the wrong type,they indeed did turn up In Munsterlager and were promptly returned by the Tech QM as unsuitable for digging etc. As to the Scottish flag not one of the Sqn’s would have had that on their wagons.
Roll on crimble though​:+1:

who sits in the seat above the turret?

Just an attention seeker lol … Looks like a nice kit though … what time frame from and to would this of been in service ?

In service during the 60’s-90’s took over from Churchill Avre replaced by Chieftain ones.
The kit markings show the tac code 166 on the rear and this would indicate Corps troops this disappeared when 26 Corp support Sqn was expanded to32 AER to include 31 AES and when expanded again 77 AES. One Sqn was attached to each of the three divisions in BAOR. The tracks indicate a late time period but as I said these were returned and steel tracks requested instead.

Didnt really have a lot to do with RE Cents in BOAR, When I started on Chieftain we initially had a Cent ARV which was a real dinosaur.

Pray tell, who sits in the seat above the turret?

The IDF uses similar seats in armor school for instructors. 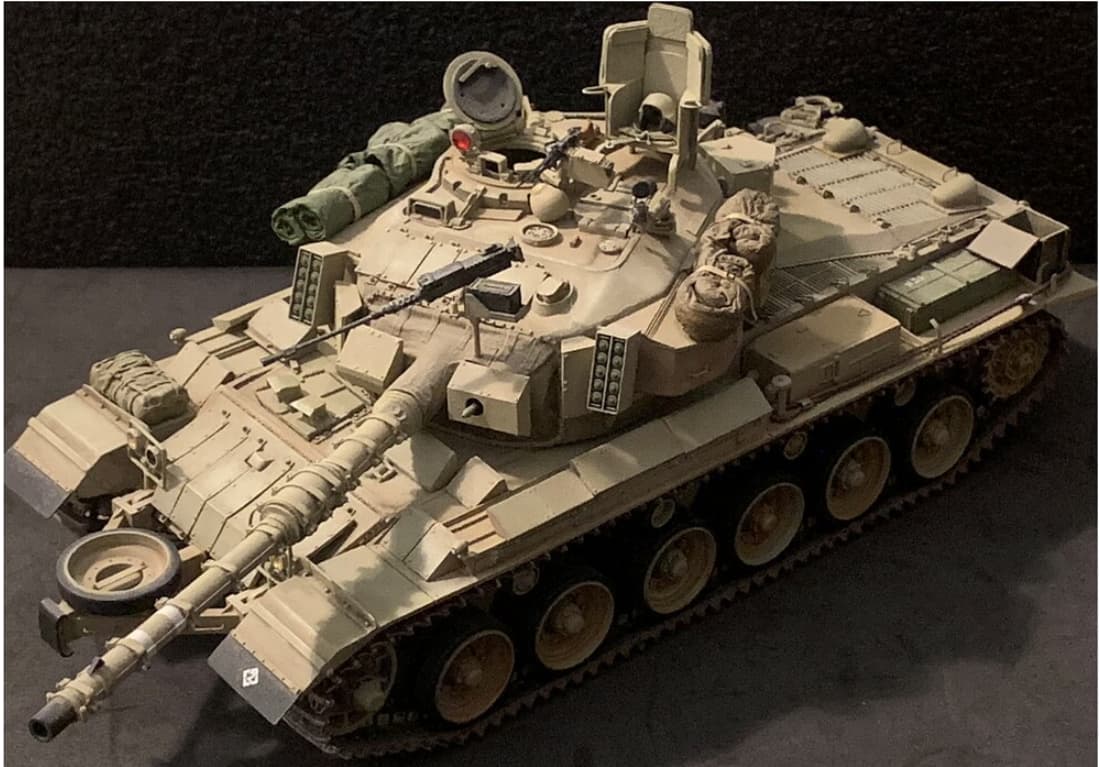 And yes, I sense a kit bash with my A-A kit.

I would think so … to guide the driver into position ?

So a little history into this AFV Club Centurion AVRE 165mm

So the design started with AFV club when we started designing the Australian Centurion Mk5 .
I had a designer come and stay with me and he measured 11BA46 at Duxford and 02BA33 at Chatham before they started design work on a centurion. Also took my resin Master with him.

I have been helping with centurion from the word go . But this has been my pride and joy and MH RIP MD for AFV club we had been talking and working on the AVRE for Four years prior to his passing to make it 100 % correct.

Just to clear something up the said designer went to amusing hobby yet still messed up the gulf centurion so much wrong.

So the box design is based on Norfolk Tank Museums vehicle which is in its original livery and actual one of its old crew. Which was used in later years to get correct measurements .

So the Rubber tracks came in to service same time as the AVRE Mk12 105mm and AVRE Mk12 H 105 mm ex artillery Ops fitted to take mine plough or dozer blade and fascine cradle. we did have a few in my Squadron and our ARV was on Hush Puppies.
Due to lack of steel track it it was decide that steel track be kept for war stock only and when the tanks went to the gulf they changed from hush puppies to Steel . But at least two still had hush Puppies on .

The breach and internal gun mount is a based on Norfolk Tank museums Vehicle track , gun all measured off this tank .

Commanders Seat is for seeing over a CHESTNUT Paling Fascine called a POGO STICK we did not use them too much.

In the kit you should have the mounting brackets steel tubes for the back basket to be stowed on the rear decks when carrying a Fascine with Gun depressed down the middle of Basket.

The fish plates and banana plates to attach a fascine and class 60 track way as well.

Should be a gun Mantel Cover as it is Unique to the AVRE .

It was going to have both sets of wheels rubber and plastic I like the rubber ones due to detail .

I also asked if a Separate Top plate be designed so that a Mk3 turret could be included as HALF of the 40 AVRE have Mk3 Turrets. I can supply a list if wanted .
I also asked for a crew in denims and SMG guns as that’s what we had when I was in 74-87.
Should also have Larkspur and clansman Radio bases and correct fire extinguishers .

I am a ex Armoured Engineer and I went on to work on tanks until 2019 making it 43 yrs on tanks in one for or another .
I have a fondness for the Cent AVRE even tho I spent most of my time on Centurion BridgeLayers , Chieftain AVLB served on AVREs to start with and still have the dozer blade knuckle from changing gear . Wrap your knuckles on dozer control unless you chopped two inches off the gear stick

My most favourite drive of a AVRE was the queens jubilee parade 1977 in sennalager,
I am only going on the CAD drawing I have which the model is based on.