101 Tank Bataljon of the Royal Netherlands Army was the only tank batallion allowed to camouflage its Centurions. This resulted in a number of colourful (often experimental) camouflage schemes. As a modeller, this is ofcourse a fantastic opportunity for a unique model. So because I couldn’t choose which camouflage scheme and model to build, I decided to build two Centurions at the same time; A Centurion Mk.5 and a later Centurion Mk.5/2 NL. I used a Israeli Centurion by AFV Club in 1:35 scale. This Centurion Mk.5 received a Mono Trailer by MR Modellbau. The most fun part of the build were the camouflage schemes. Only black and white pictures exist of the four colour experimental scheme on the Mark 5, so finding the right colours was a challenge to say the least. I ended up with an educated guess consisting of AK Real Color RC042, 092, 004 and a mix of RC312 and RC080. 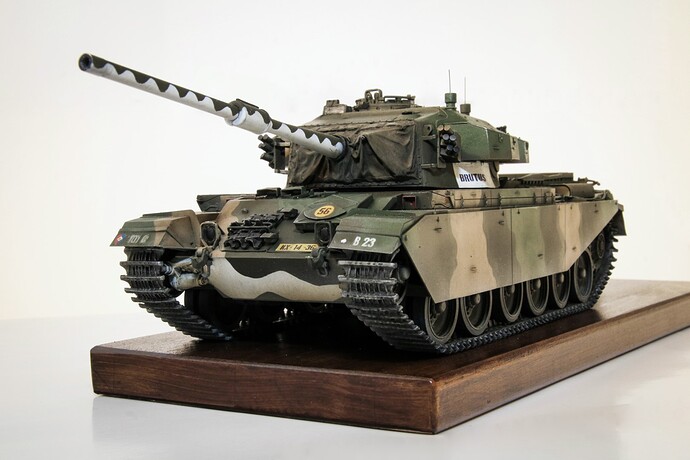 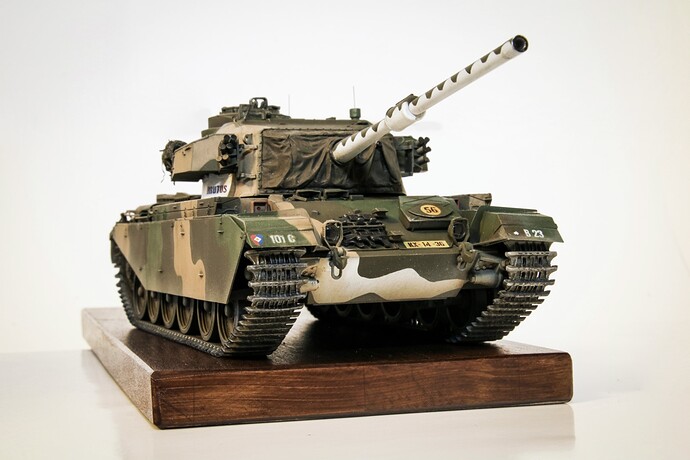 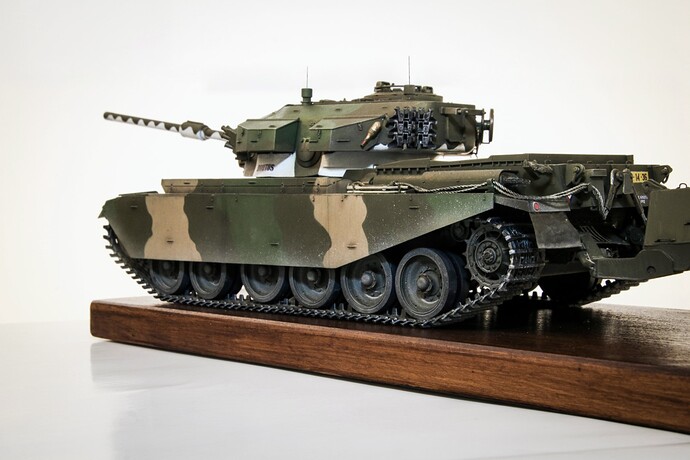 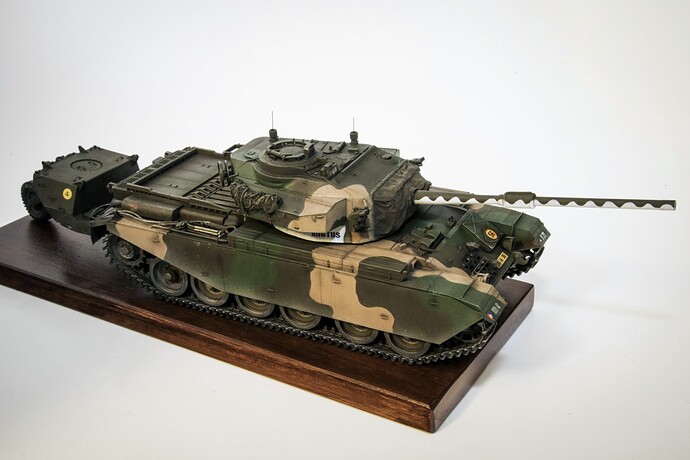 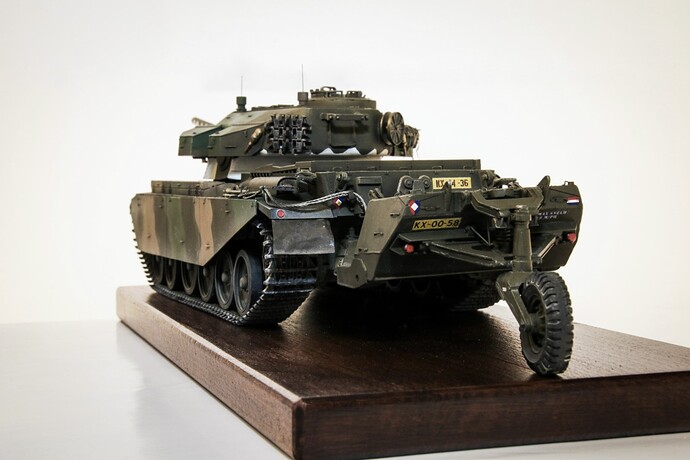 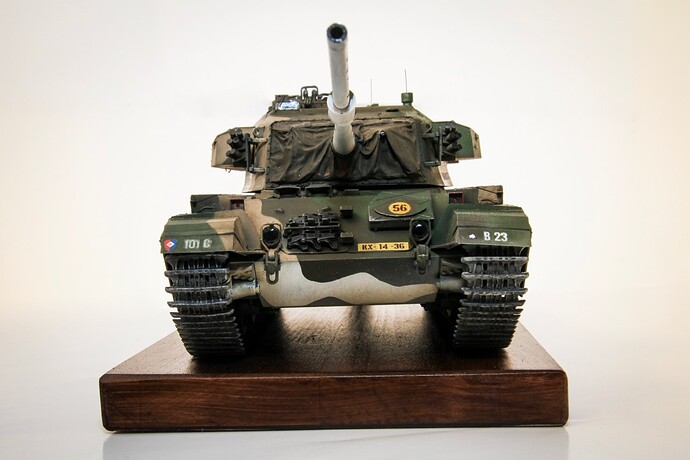 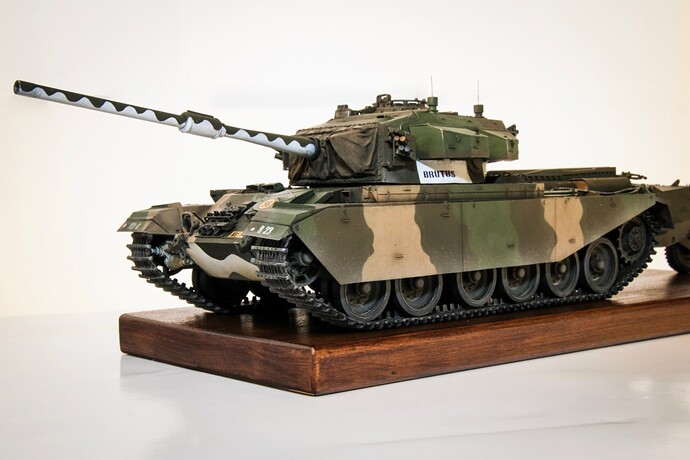 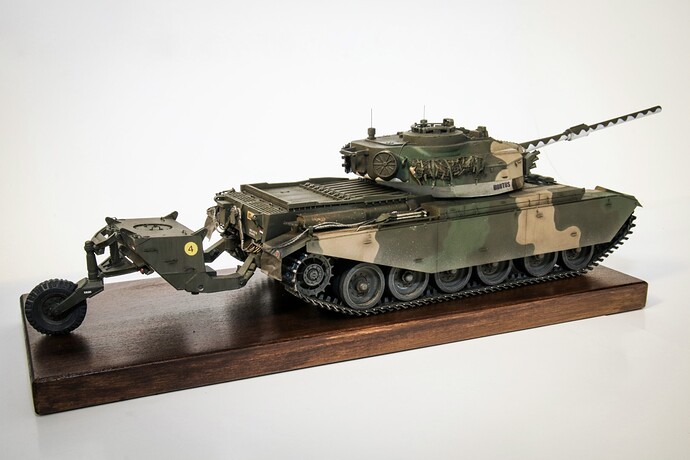 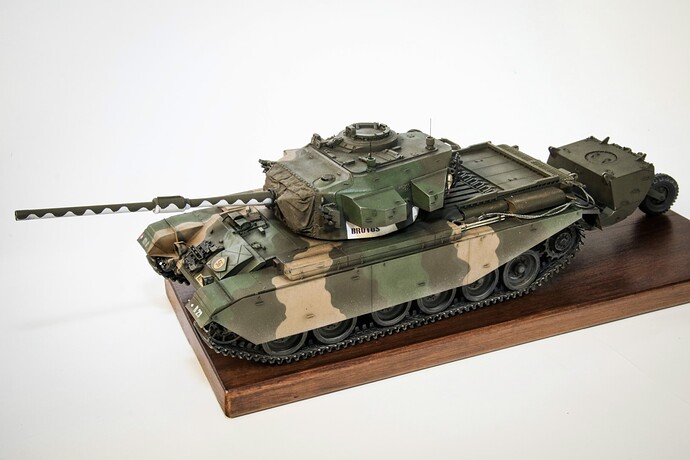 The second model is a Centurion Mk.5/2 NL. This is the final version of the Centurion in Dutch service. This version received the Royal Ordonance L7 105 and an infra-red spotlight. Other external changes are new smokegrenade launchers, antenna mountings, infantry telephone and a stowage basket. I made these parts using my 3D printer. The models were upgraded with a gorgeous resin mantlet cover by DEF Model, and again painted with AK Real Colors. My reference pictures showed a Centurion in an interesting green-green camouflage scheme and with the sideskirts removed. This was a good excuse to keep them off my model, as my AFV Club kit didn’t include these. It also gave me a nice oppurtunity to show (and weather) the suspension and beautiful hushpuppy tracks. 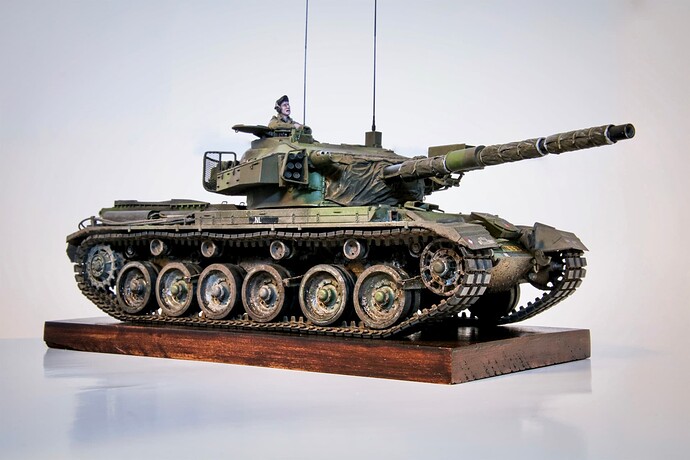 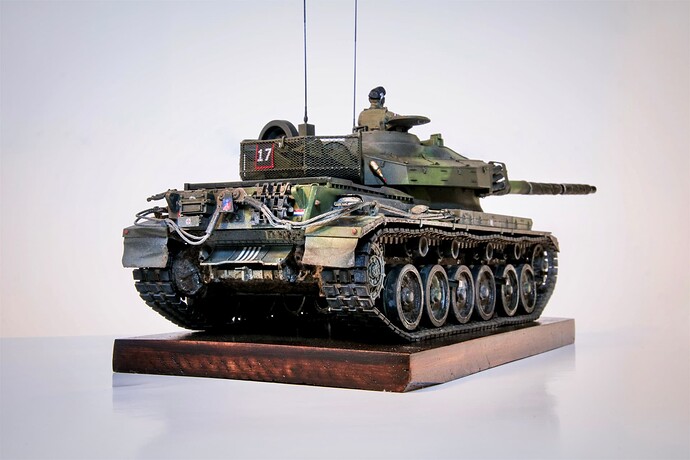 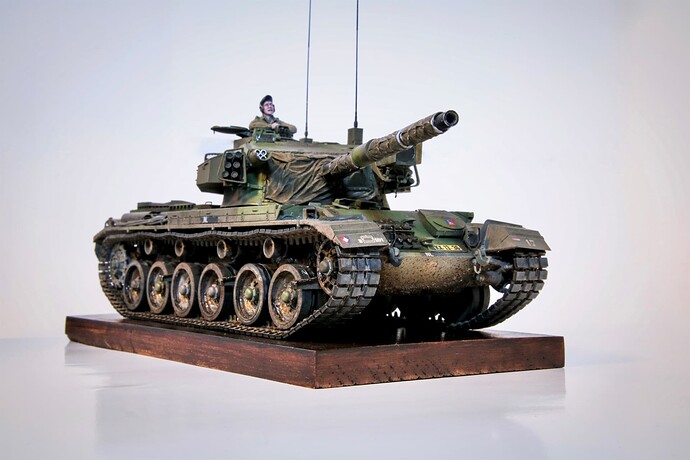 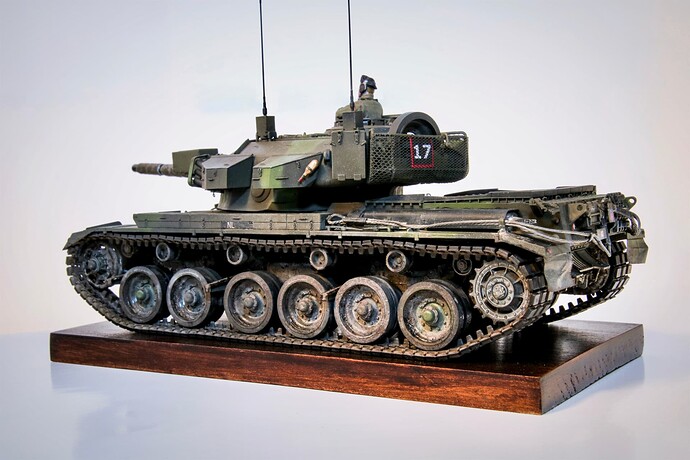 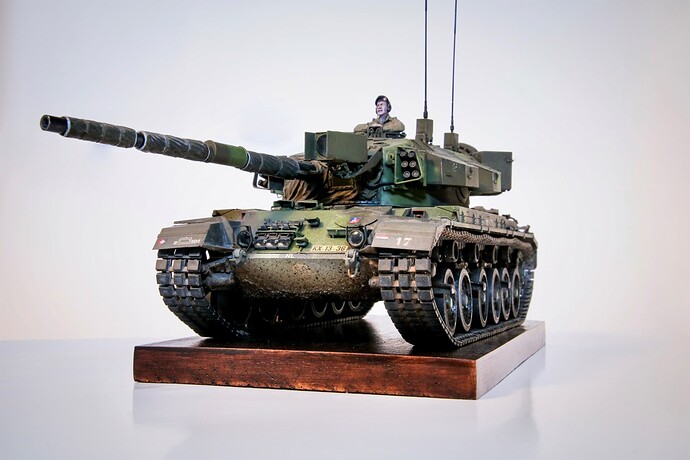 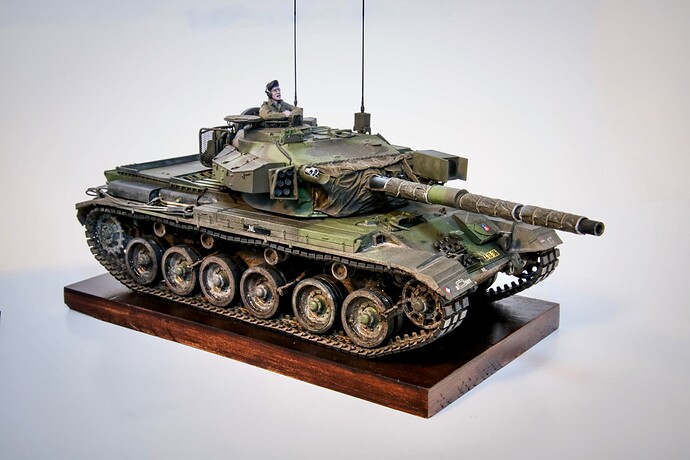 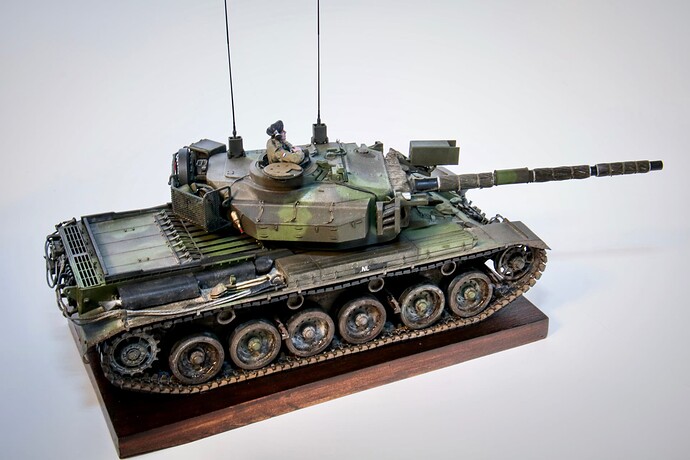 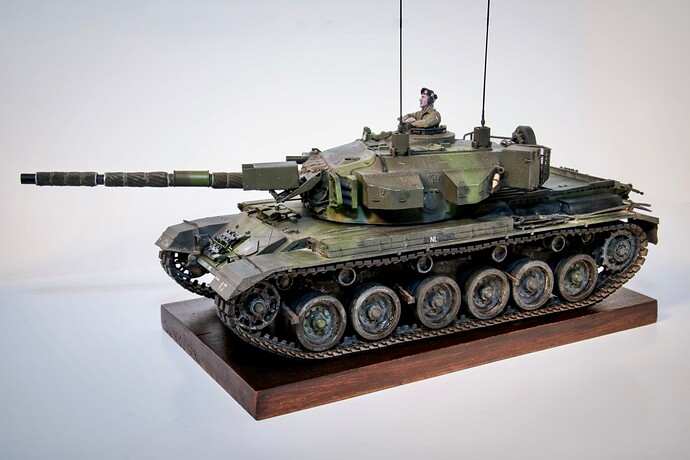 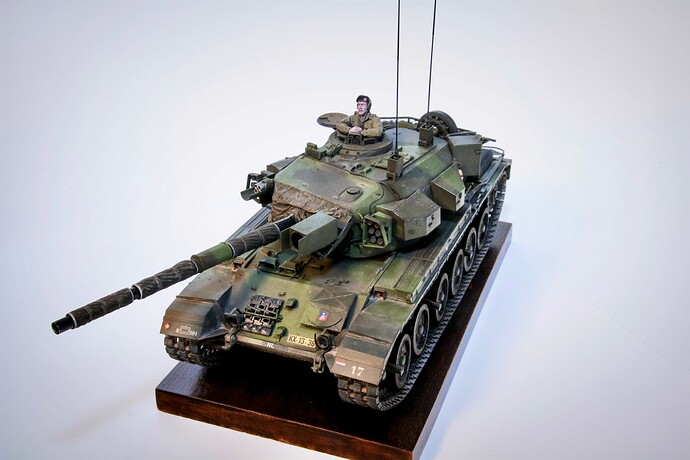 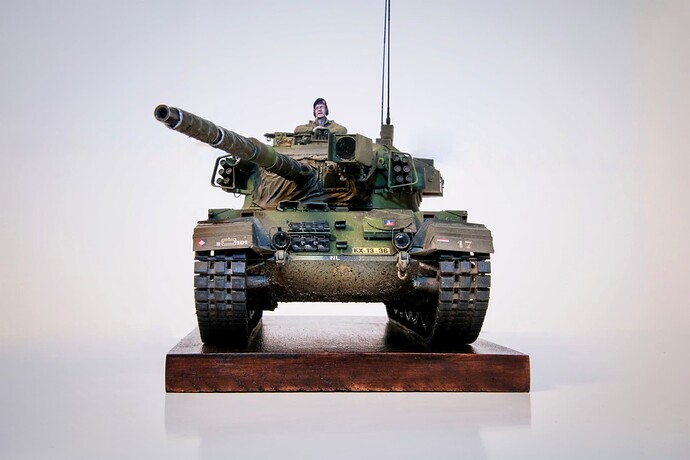 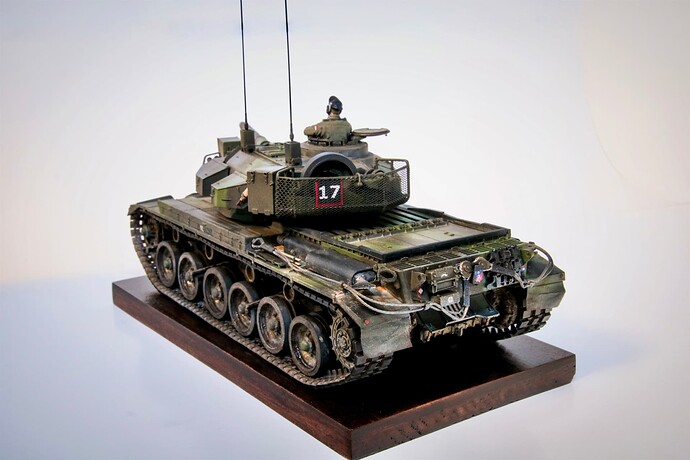 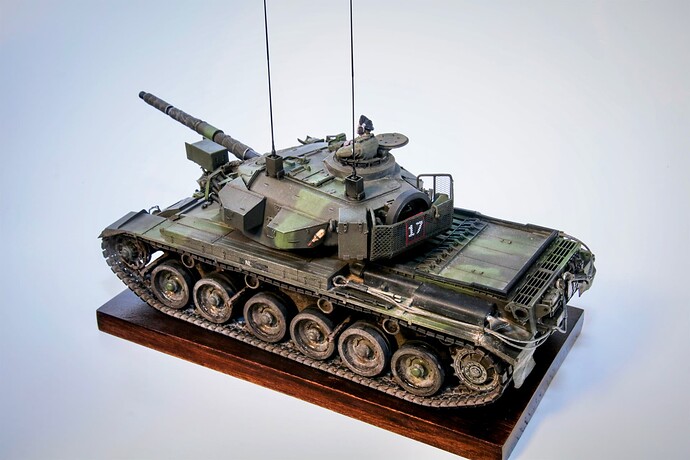 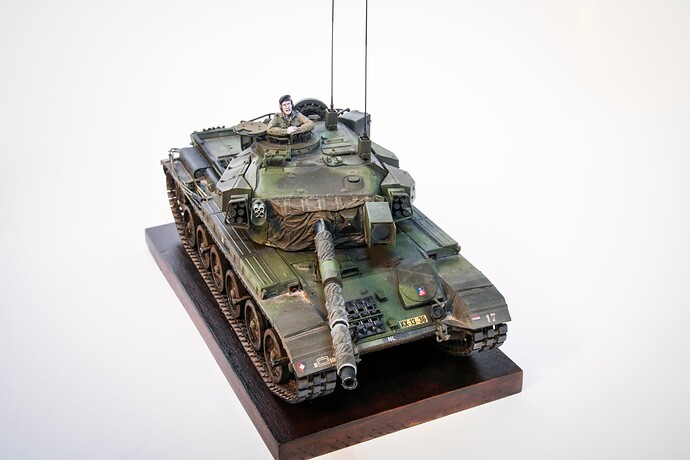 Jasper those are beautiful! Did you use kit tracks or AM? I’m torn with mine between fiddling with their Indy links or getting metal ones.

Thank you! The first one uses the vinyl tracks from the kit. They aren’t half bad, but I’m sure the aftermarket ones will look even better. I didn’t think that it was worth getting these though, as they’re almost completely covered by the sideskirts anyway. For the second one I used the hushpuppies by AFV Club, all you need to do is click them together, just perfect!

Two very very nice Centurians you have there, and unique and interesting finishes. I love to see different schemes from the norm and you have nailed these two, superb!

Got the Amusing Hobby Swedish strv 104 on preorder and these have me impatient for the container ship it is stuck on to get moving!

Now this is my type of Cold War modelling; brilliant looking models and just that bit different. Nice to see antennae fitted.

Some forget that the Dutch contributed a Corps to Northern Army Group.

Outstanding work all round.

Not my favorite cold war era tank but I do really like those camo schemes, especially the first one.

Those are very very well done!! Love that first one, lovely color scheme!

Thank you! I also really want that Stridsvagn. I already have a Strv-103 waiting to be build, so that would go nicely with that.

Thank you! Plenty of interesting vehicles and camouflages from the Cold War, these two are no exception. The antennas are from LeopardWorkshop actually, very nicely detailed.

Two beauties there- stunning camo work and nicely restrained weathering to show it off.

Great job on both of your Cents. I don’t mind if your colors are not the true ones because the result is really eye-catching.
Congratulations.

I concur with the others that say these are two beautifully done tanks. The Centurion is one of my favorite tanks and you’ve done an outstanding job of both Jasper!

Outstanding modeling. I don’t know much about the Centurion, but I know a good model when I see one.

Thanks! The decals are mostly from my spares box, and some of them I printed myself