This is my first time at chipping. Not sure if it’s right. Opinions ? 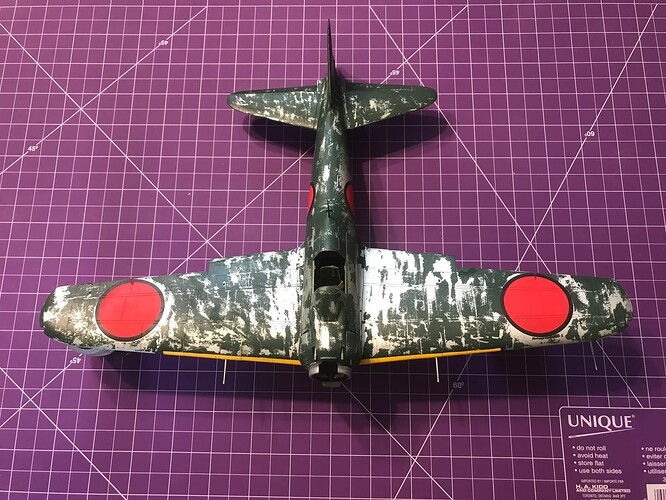 Think about the reasons for chipping on the actual aircraft. Areas frequented by ground crew for arming, fueling, and servicing. Areas abraded by prop was blowing back coral sand to scour leading edges. Lastly think about consistency between markings and the adjacent areas. If the area is heavily worn, the markings should be as well. One other related point, flight control surfaces are usually doped fabric, which will fade in a different manner than the painted metal surfaces.

Start small. An ammo box, helmet, jerry can, car door, part of a model you no longer like. Focus on that one thing. Imagine what it would look like if it were derelict or abused.
Chipped paint is the result of abrasion by tools, rocks, wind-borne sand, tree branches, being walked on, rubbing against adjacent parts.
It’s also caused by heat and rust.
It looks different in different environments and various with the base material… steel, aluminum, wood and plastic.

I was using the reference that I have been able to find on Japanese zeros in the green paint scheme. Almost all the pictures I found show that the national markings yellow trim and tail numbers do not chip, but the green paint seems To ware quite extensively, I’m not sure why. Maybe someone on here can give me that reason.

These may be helpful 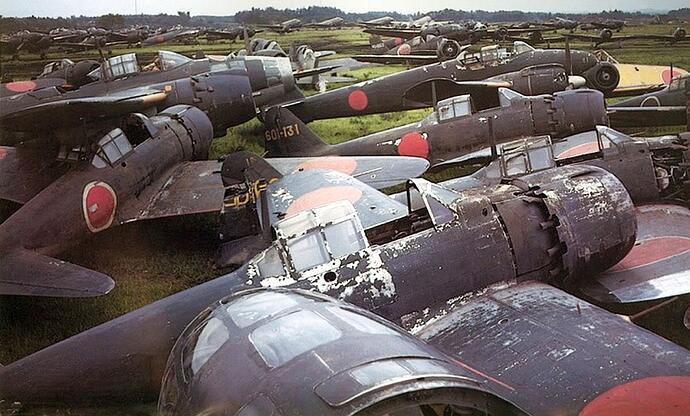 Some are more well worn than others… 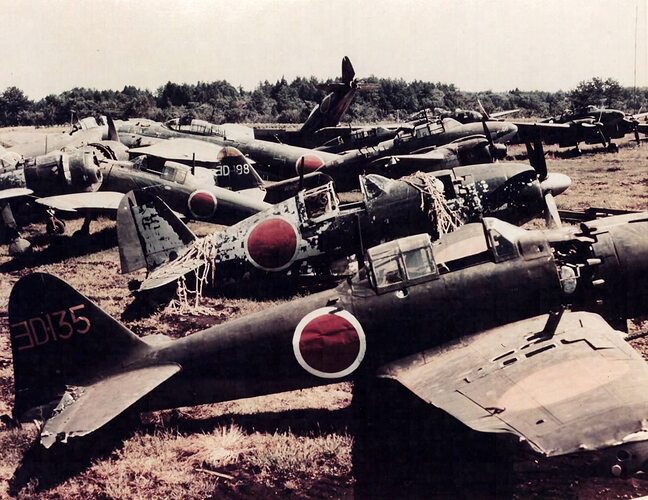 Climate of the service area is going to have some influence on the paint. The tropical islands of the central pacific as opposed to the main islands of Japan or parts of China, Korea, etc.

Japanese paint really was rubbish, I suspect the faults were in the primers.

There are a huge number of pictures of Japanese aircraft with large areas of paint just gone from all over and randomly. Aircraft in island settings dominate these.

Carrier aircraft generally look better in pictures with paint off in the usual wear locations noted above. I suspect support and maintenance was better in the carrier environment than the island environments where supply of everything was an issue and paint & painting plant would have been well down the list or not even on the list of supplies.

japanese for some reason only maintained the markings on their planes. they would repaint or touch up the hinamarus and codes. also they were known to have poor quality paint and part way through the war stopped using primer. paint was applied right to bare metal so it chipped heavity, sometimes in large patches. what everyone is saying about the nature of chipping is true except when talking about japanese aircraft. you have the right idea you just need to make it look more natural, caused by exposure, not like it was painted that way. buy some chipping fluid or borrow your wifes hairspray and try that.