This failed tank prototype from the American engineer and race car driver Walter Christie, started him on a decades long quest to design a tank suspension system. The tanks of WW1 and the early interwar period operated at the speed of a walking infantryman and therefore didn’t need a suspension system. Christie’s prototype could run on either tracks for cross county mobility or on wheels for moving up to the battlefield. On the wheels, it could hit speeds of 13mph (21km/h). At this speed it needed a suspension system. For his next prototype, he would have to invent a suspension system… 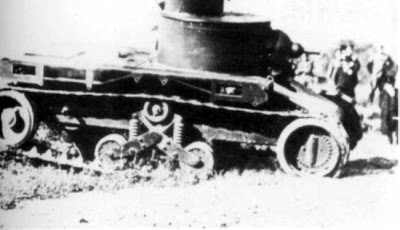 This is another of Vargas Scale Models’ 3D printed resin kits. The 3D print technology results in a very low parts count while maintaining a good level of detail. This model was built straight from the box. 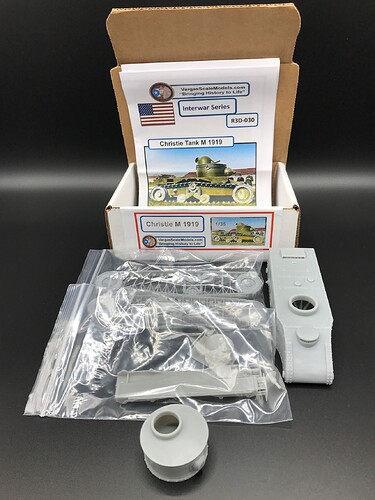 After sanding to remove the 3D print striations, I primed it with Mr Surface 1500. It was painted with Vallejo US Olive Drab and given a Winsor & Newton oil color dot filter. A pin wash was applied with AK Interactive Streaking Grime. Light and dark streaks are made with AK Rainmarks and AK Streaking Grime. A dust coat of Tamiya XF-72 JGSDF Brown. 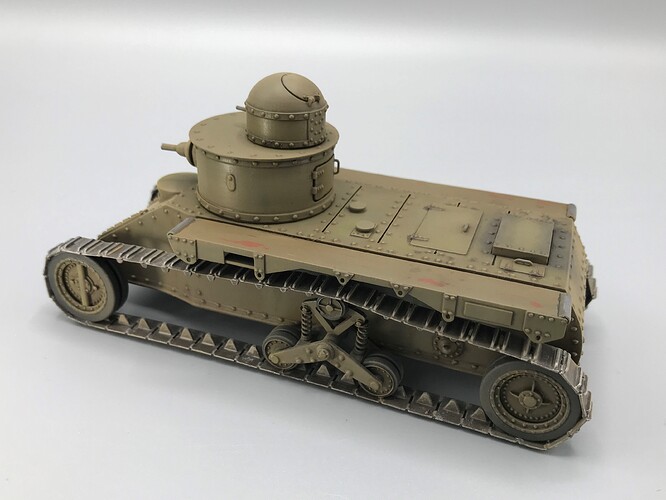 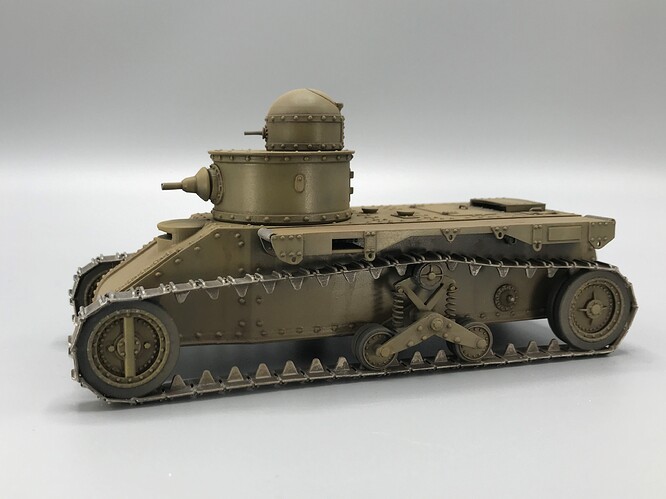 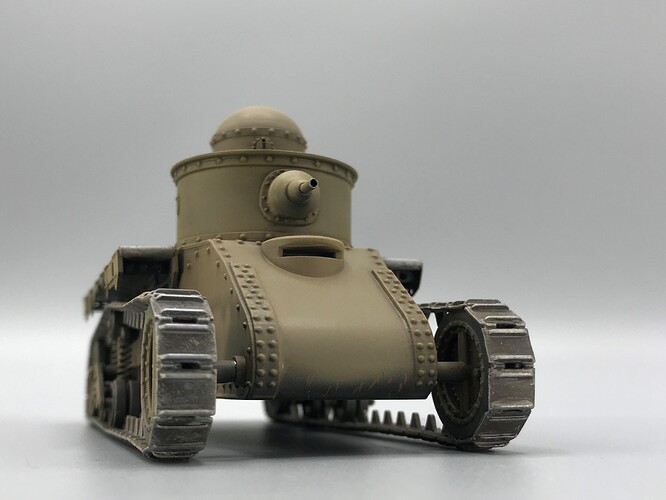 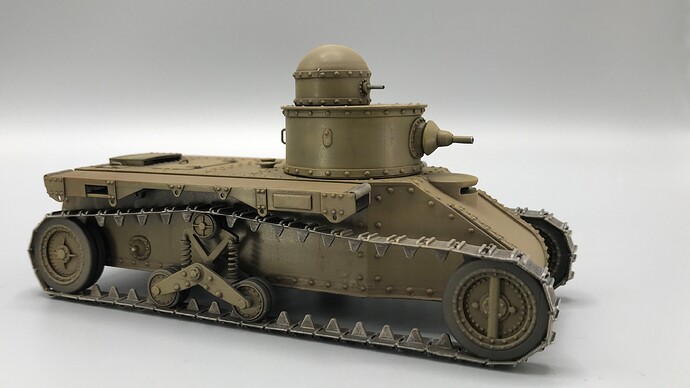 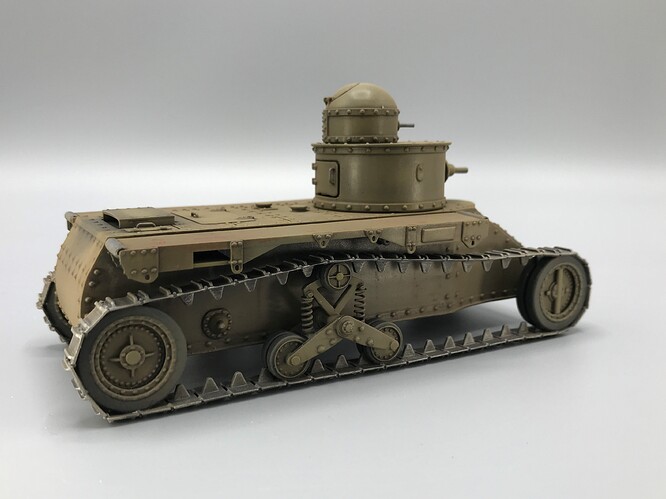 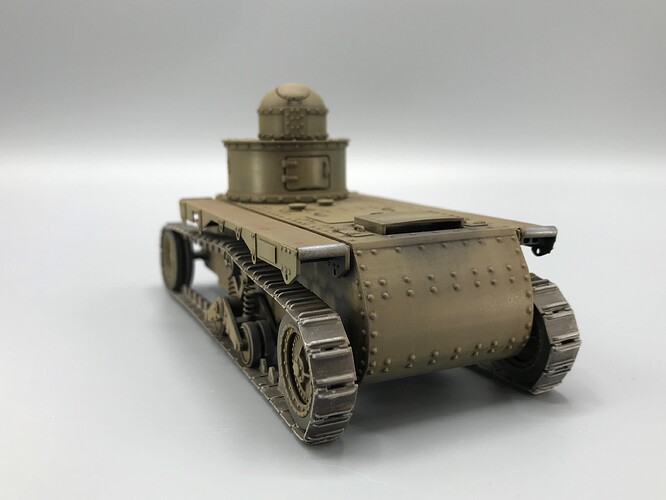 Vargas’s CAD designed and 3D printed kit is the only one of this subject in any scale or medium. It looks pretty good in the display case with my other early US armor.

Great job on it Rick! Love the finish. Definitely an odd looking machine.

Thanks metalhead! These early tank prototypes are fascinating as everyone tried to figure out what a tank should do and be.