Thought I would share some pics of this build I’ve been working off and on for a awhile. Here is the completed build. (yeah one of the tracks is on backwards 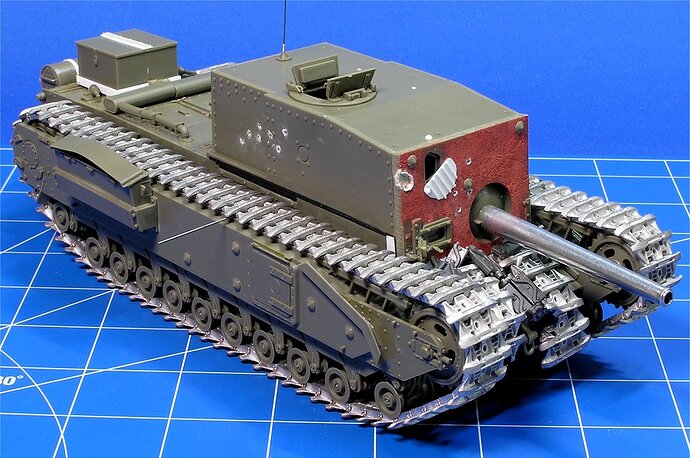 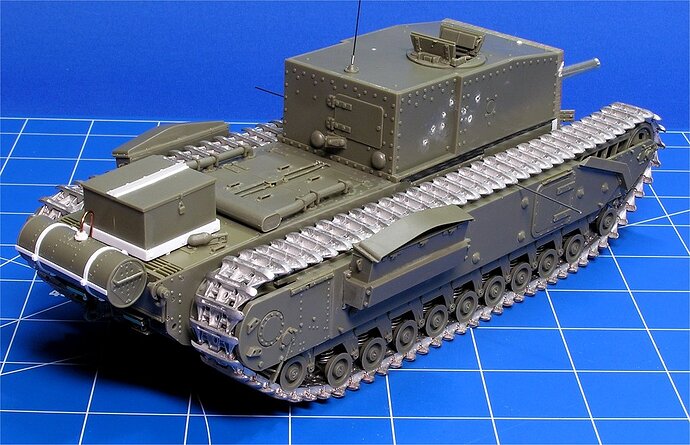 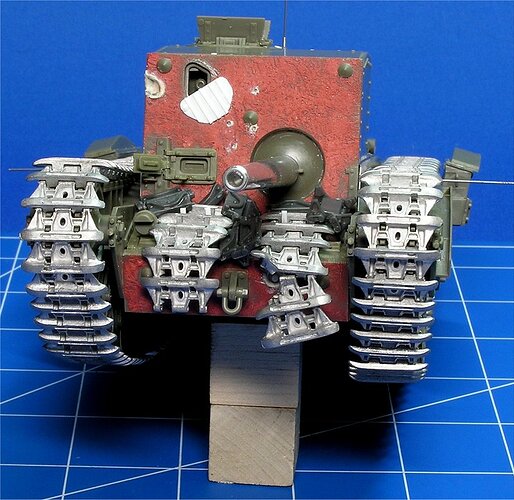 Here is the mock up for the display base. 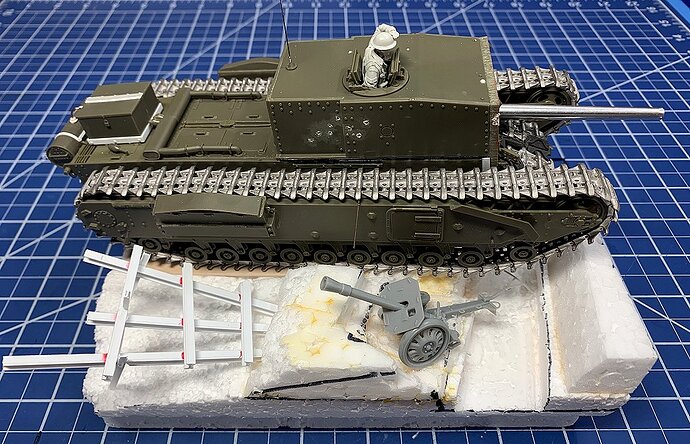 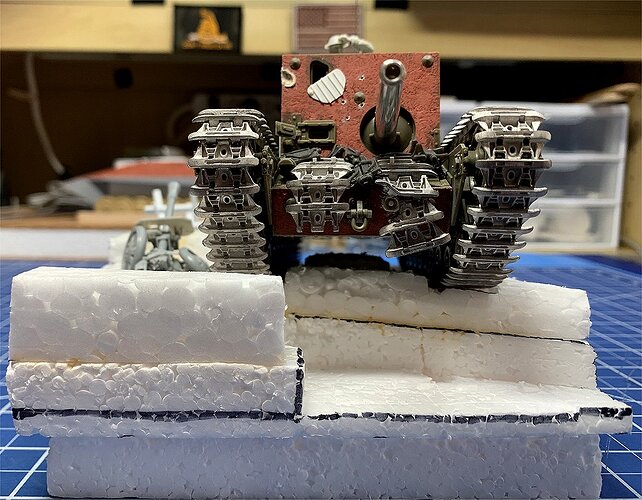 And it’s ready for the Weathering to start! 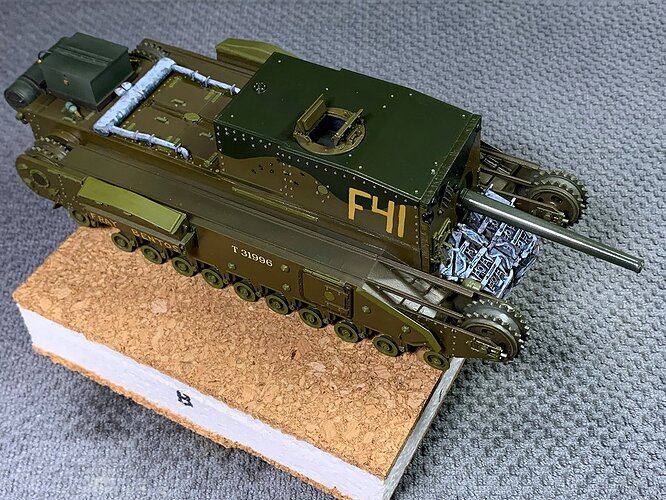 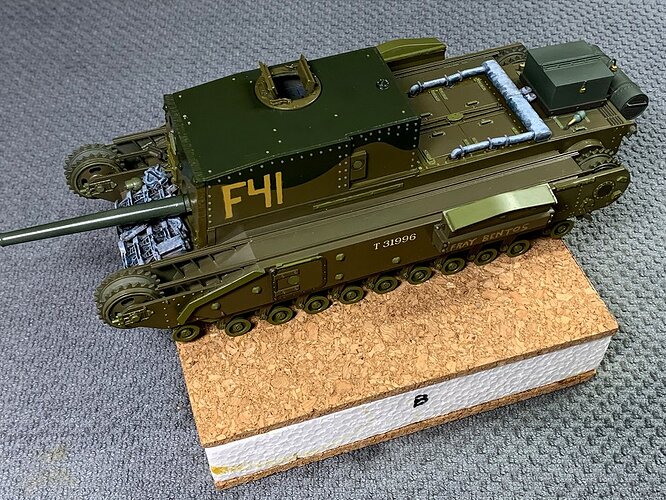 Thanks for stopping in

Did a little rusting here. Used VMS pigments and there will be a pinwash and some drybrushing on these a little bit later. 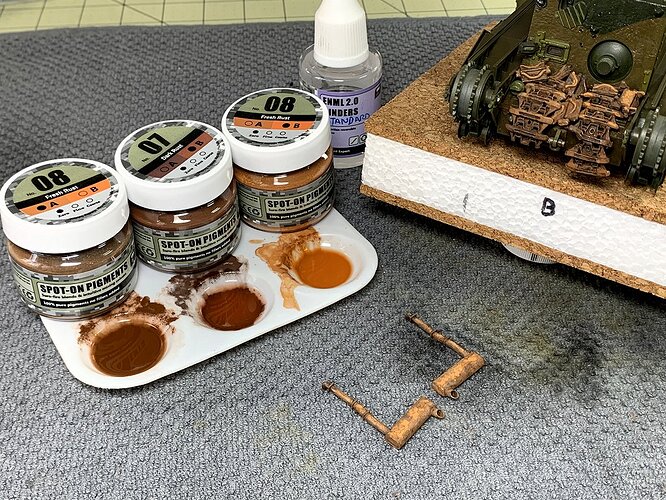 Very nice! It’s quite a brute!

It kind of is…Thanks Sir

If it’s not too late, can I make a couple of suggestions?

The fittings on the rear of the hull sides for the triangular braces and the mud scraper were of later vintage than the hulls used for the GC conversions, so you might want to remove them.

I’m not sure what the large box is on the rear decks but it’s right behind the exhaust outlet, so is going to get hot. It’s also going to be a job to move every time someone needs to access the transmission, final drives or brakes.

The cupola and hatches would probably be the same colour as the roof, given that the purpose of the dark shade was to darken surfaces receiving the most light.

How did you find the kit, I have an AFV club churchill to build soon. Looks fantastic in the box, any special things to watch for?

What a lovely brute you’ve got there! Excellent job.

Robert Thanks for taking the time to post the suggestions. I’ll take a look and the mud scrapers and see if they can be removed without to much hassle. If not I’ll just leave them on this one. As for the big box on the back, the idea was for tool stowage and such items. I’m not sure Its going to stay and I agree about the exhaust and transmission access. Lastly as for the cupola that is strictly an artistic touch but I got something planned to tone it down.

Once again Thanks for taking the time to reply.

Thanks Mead93 this has been a fun kit to build and it went together easily. Just take your time on the suspension elements as that is the “hardest” part of the build. Good luck on your Churchill I’m lookin g forward to seen it here on Armorama. 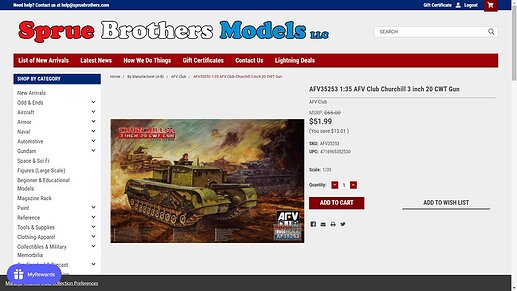 Cheers yours looks good! I love the Churchill variants.

I’ve got the Churchill Dieppe version to build, a Mk III modified with wading gear.

I’ve heard the suspension can be a bit tricky so I’ll definitely take my time!