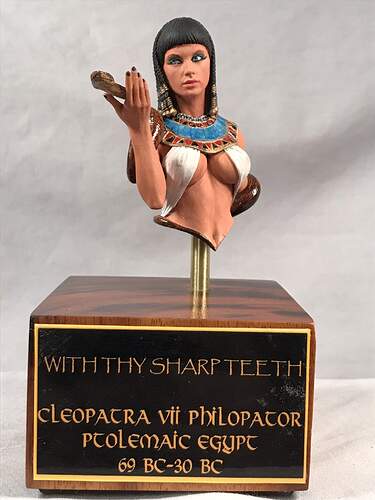 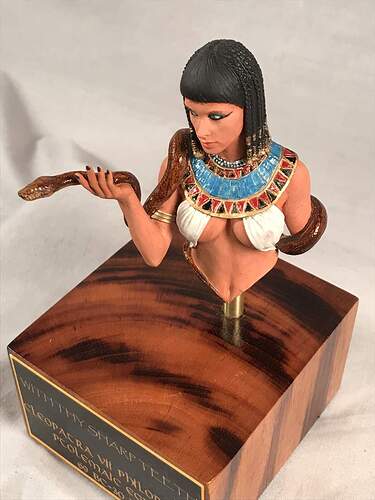 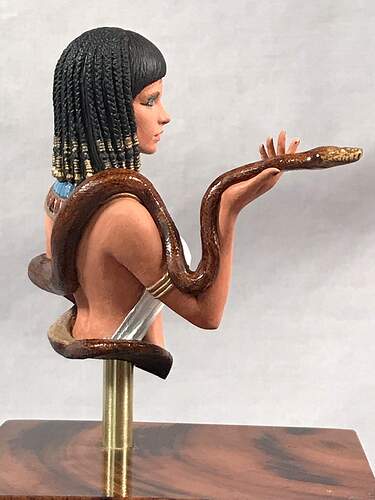 Isaac Asimov pointed out in his book about Shakespeare’s plays that in the play “Anthony and Cleopatra”, the idea of a poisonous snake being sent to Cleopatra in a basket of food would have been unlikely, given that Emperor Augustus would have wanted Cleopatra alive to show off to the public, and she was under heavy guard.

I think Katie Perry may have inspired the sculptor. 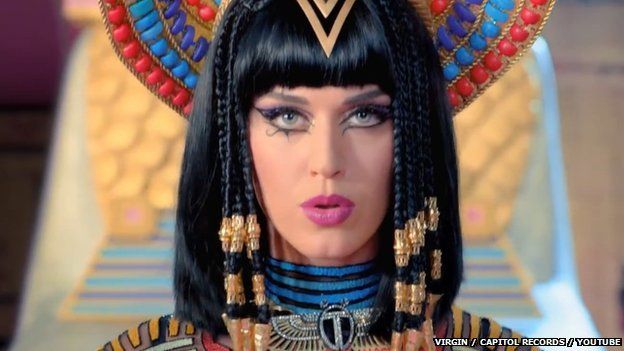 Elizabeth Taylor is my guess. That’s the image I used for the painting.

On the other hand, they would have be watching for regular weapons and poisons. A small asp hidden in some fruit might have gone unnoticed. Perhaps it was an accident and the snake was hiding and she didn’t see it. In any advent, she did succeed in taking he own life.

Maybe it wasn’t even suicide and the asp happened to sneak past everybody. The Shakespeare play did imply a smuggled ask.