Good morning. Does anyone know what green this M270 is painted in? Could it be a forest green?
Thanks a lot. 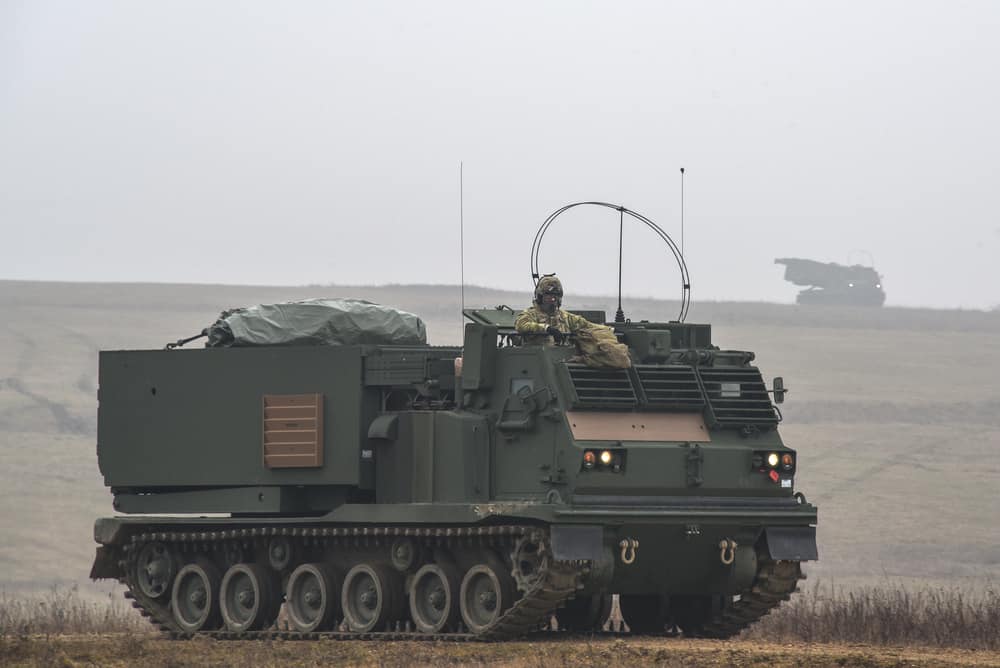 It is either one of two things.

Vehicle that are on rotation to exercises like Atlantic Resolve where they come from home station somewhere stateside and are not in 3-color NATO Camo are repainted in a temporary, water-based green paint used by the German Army. Here is an earlier post about it.

Also, some vehicles are being left by rotating units to rebuild prepositioned stocks. As units rotate out and leave their vehicles, they are being repainted to forest green. This post talks about it near the end.

I think I will choose the green nato. At first I thought of forest green but according to what I read, both are correct. Also, making a unicolor vehicle can be interesting and out of the ordinary. As for the antenna … for now I will make the halon gas boxes, the air conditioner and the mount of the proximity defense weapon

Never seen a Halon gas box on a MLRS?

I understand by gas boxes, those that are on the sides of the cabin. I am right?

Yes, the boxes on either side of the upper rear cab are for HALON fire extinguishers.

Any reason they’re kept on the outside? I ask cause I had one discharge on me back in 86 or so, sitting, aka napping, in an M1A1 and the whole tank went off for no reason, wondering if that stuff is deadly, and I’m sure it is!

They were added later in the vehicles’ lifespan and I think this was just the easiest place for them to fit.

As you can see, they say “Fire Extinguisher” right on the boxes. 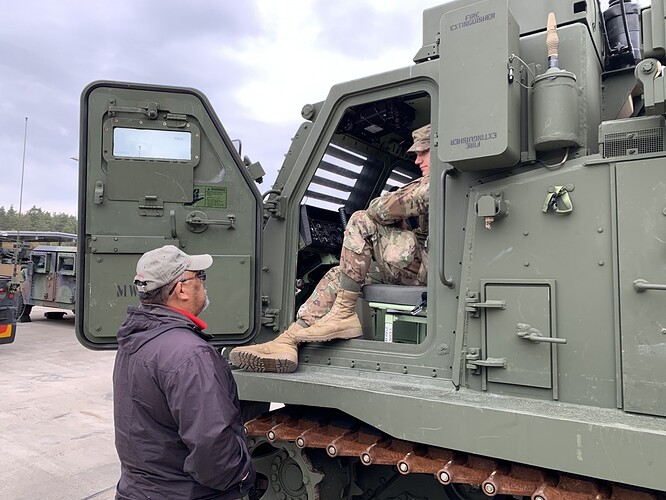 Ahhh, gotcha, hard to keep up!

The fire extingishers are positioned next to the rocket containers when the reload is in progress. A similar practice as they do during refueling.