Test assembly and box are ready! The set will be on sale very soon! 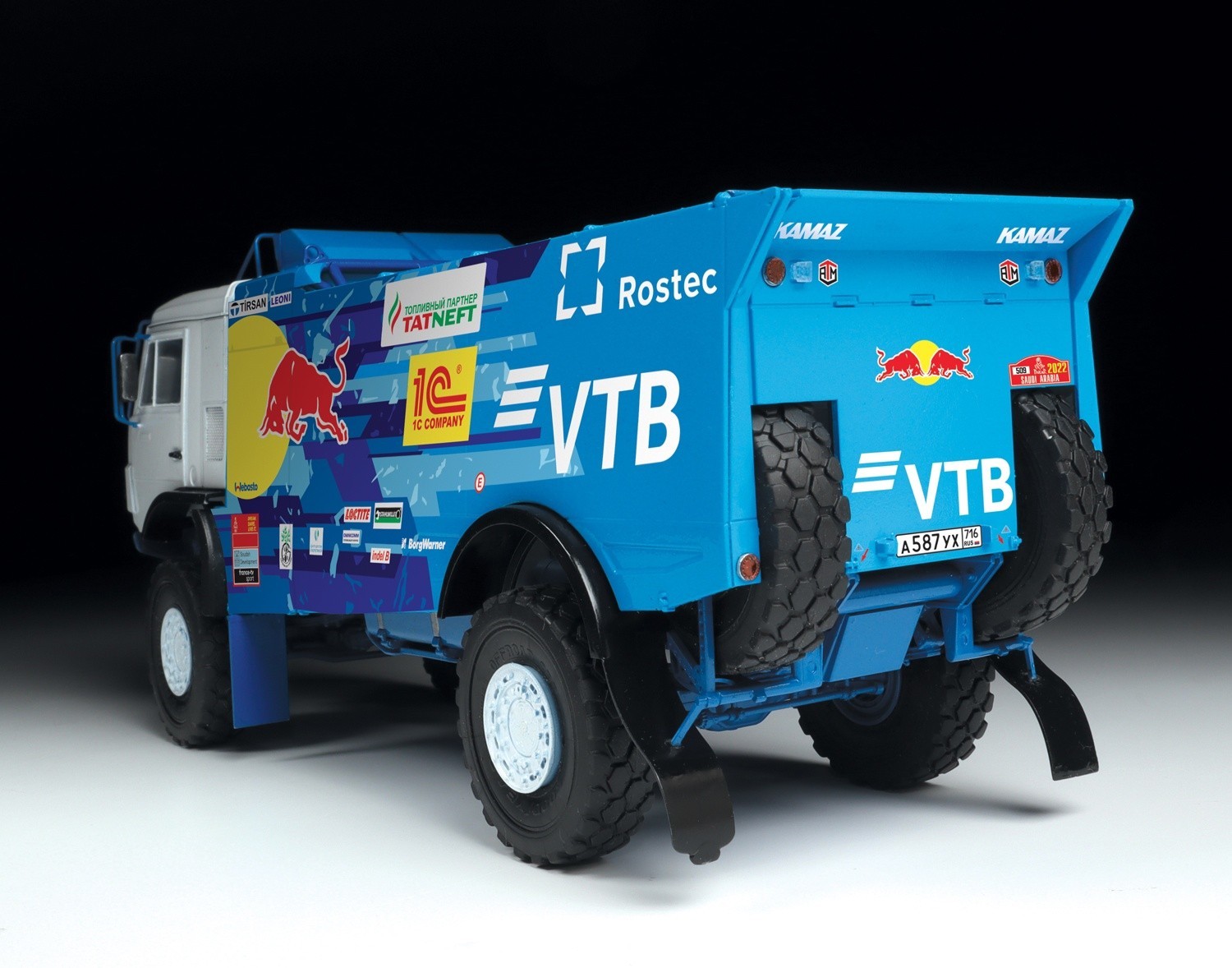 Following russian attack on the Ukraine Red Bull stoped its cooperation with Kamaz so this is probably the last time that logo is on the truck.

To discuss specifics about the war and/or Putin, go to the General Discussions: Off Topic forum.

if it is as good as the other Zvezda Kamaz models then this should be another great one, but with a lot of decals, that looks like a real challenge to get them right! I am interrested!

as regards to the current conflict; I fully support the boycot of any type of business that is involved with the war directly or delivers profit directly to those in power. a boycot should be addressed directlyy to the regime and to the war effort. Guess you can include sporting events also as they are used as propoganda to the regime

But a boycot affecting the normal people of a country that is were i have problems with. If we do not have contact with each other then things will only get worse. And arts, crafts and hobbies are a great way to continue communicating with one and other.One day this war too will end and then we have to live with each other again…

I’m guessing this is some type of off road rally truck? It’s competitor would be Unimog’s, delivery trucks? Does the UK, France, US have anything in this competition class? Is this an Armor(rama) offering or a civilian AutoModeler selction?

Specifically built to compete in the Dakar Rally truck category. The Dakar Rally (or simply "The Dakar"; formerly known as the "Paris–Dakar Rally") is an annual rally raid organised by the Amaury Sport Organisation. Most events since the inception in 1978 were staged from Paris, France, to Dakar, Senegal, but due to security threats in Mauritania, which led to the cancellation of the 2008 rally, events from 2009 to 2019 were held in South America. Since 2020, the rally has been held in Saudi Arabia. The event is open to amateur and professional entrie The rall...

Dakar is pretty big in my country as far as the truck racing is concerned. In the past DAF had some legendary trucks running like the ones below: 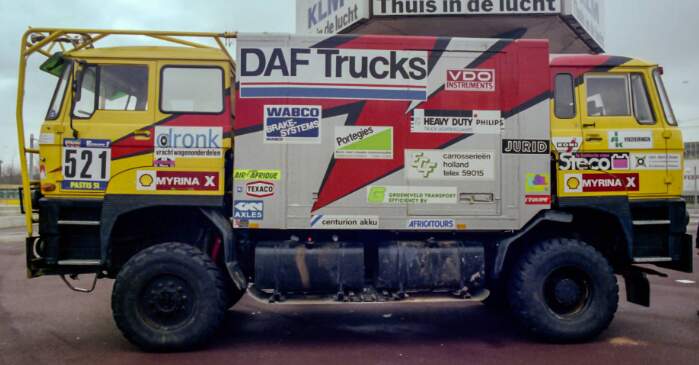 I wish there were more trucks from these off road racings especially in 1/24 or 1/25 scale.

Heller made some back in 80’s 90’s(?). 1/35 is an odd scale for civilian vehicles but I guess their using their military truck tooling.

The online store “I-modelist” opened the acceptance of applications for KAMAZ. As a gift, a complete set of optics, painting masks and a company badge. As always, additions to the model are discounted. 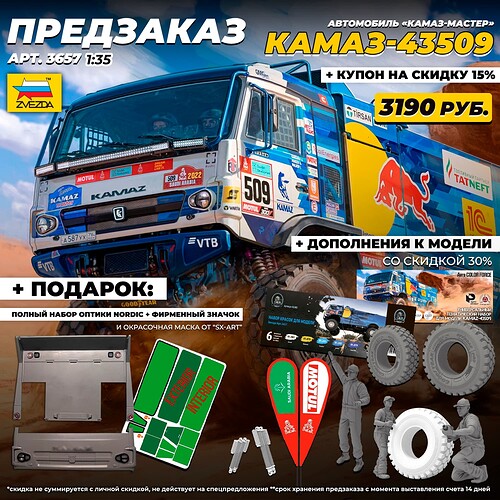 I prepared a post with photos of the frames yesterday, but they approve of it.