I’ve finally completed this diorama after a few months of building and planning. I completed the eastern express Brdm-U and added guitar strings to make antennas.The tank crew figures for the Brdm-U are from trumpeter they weren’t the best but I liked the poses. It’s shown on a cobblestone corner, I made this by taking evergreen scale model styrene and making one layer then cutting up a thicker piece of styrene and layering over it. The cobblestone is covered in dry dirt from ammo Mig. I’m contemplating adding some dirt to the asphalt to make it show more worn and used. I printed the map off from google and made a map board. The diorama is inspired from Red Storm Rising when they discuss committing reserve units which they call Category B and C. I played off this topic from the book and decided to make a diorama showing used/ refurbished equipment being pressed into service. The reservist are depicted with WWII helmets and uniforms but armed with more modern rifles and ammo pouches. I used ammo migs panzer crew uniform paint set to get the greyish/ black tank crew uniform.
I hope you guys enjoy! 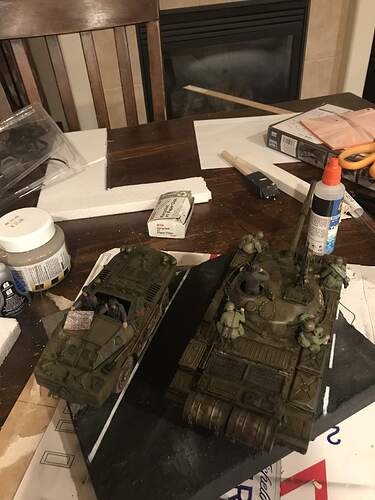 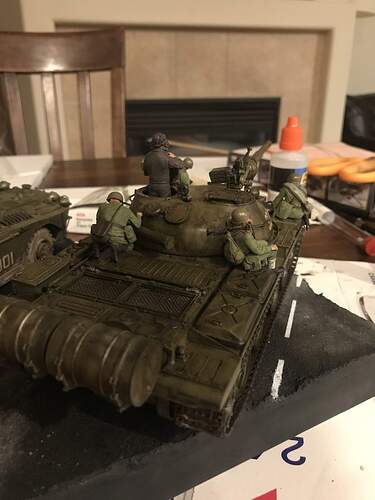 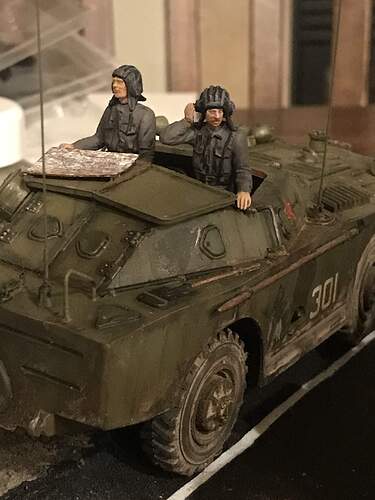 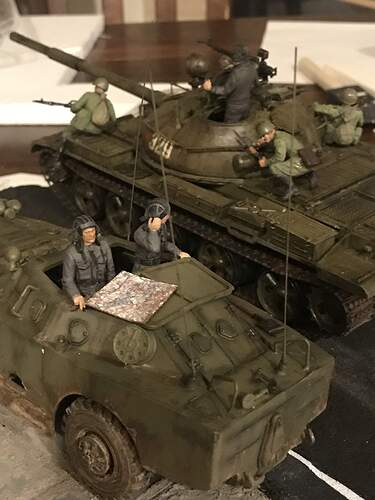 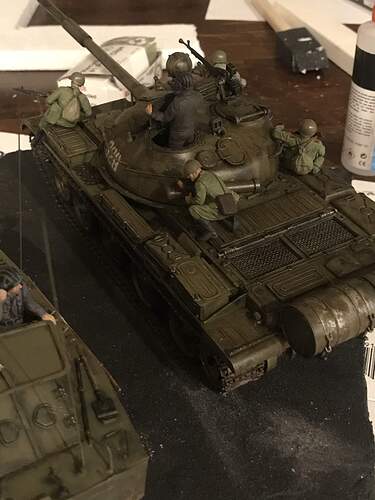 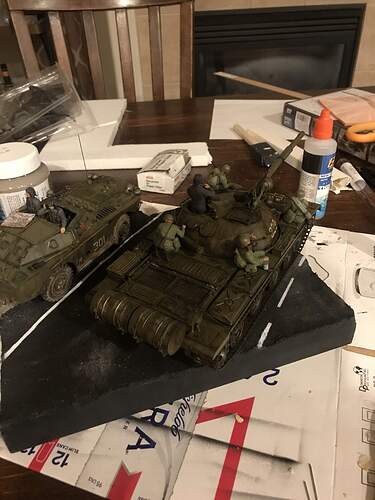 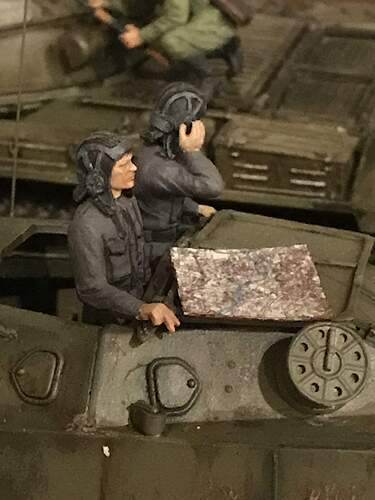 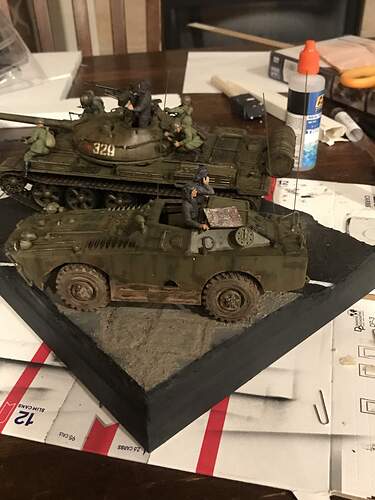 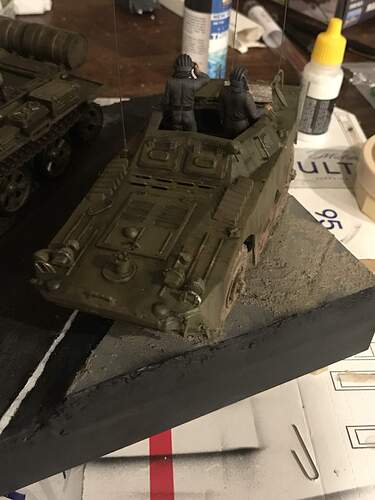 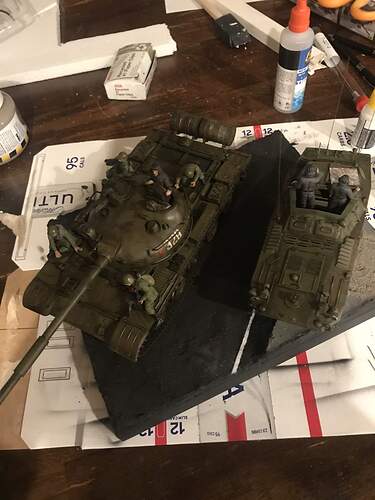 What is the setting for these . Also im curious what you used for the filter/ wash

@Chris_Bryan what do you mean by setting, as in time period, then it would be 1980 In or around Berlin. The soviets would have committed reservists to break through once exhausting the frontline troops. For the washes and filters I used the ammo Mig wash brown for green vehicles and used the filter brown for dark green. The filter and wash is more announced on the T-62 then the Brdm-U.