I’ve got pics of PT Boats mounting a single 40 mm Bofors aft. They all seem to be boats with the roll-off torpedo racks. Launcher tubes were longer and extended further aft. Did they leave not enough space for the Bofors mount between them? Is there any evidence for that combination?

Are these still torpedo boats? There’s an article on PTs converted to gunboats with 40mm Bofors here: PT Boat World - The PT Gunboats

Here is a site with a boat load (pun) of info. It focuses on the Elco PT Boats. FYI PT-109 had a 37mm AT gun lashed to its foredeck. I am sure many boats got ‘upgunned’ when they arrived in theatre.

Weight considerations?
Adding weight topside can lead to stability issues forcing the removal of some other weights.

Replacing the heavy steel tubes with the much lighter roll-off racks saved a lot of weight. It did also free up deck space. As the war progressed there was a lack of suitable targets for a torpedo and a shift to barge busting. This necessitated up-gunning the boats. PT crews were masters of improvisation and many of their ad hoc ideas were so successful that they became factory standard. There was at least one Elco 80 footer that mounted the 40mm on the foredeck. Six of the early Elco 77 footers were converted to gunboats and mounted two 40mm guns, one fore, and one aft. JFK skippered one of these, PT-59, after the loss of the 109.

Apparently some also had 20 mm Oerlikons replacing the twin .50’s!

There was one Squadron that had a 20mm Oerlikon on a special mount in the forward gun tub on their boats. 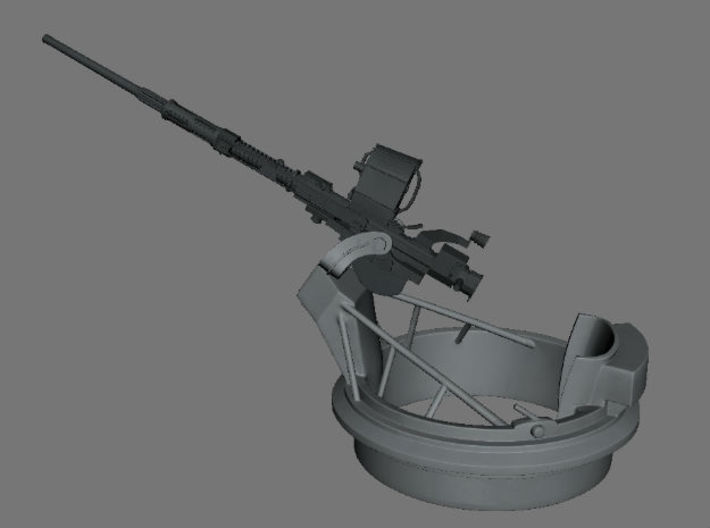