Dora Wings has released images of the 1:48 scale Curtiss-Wright AT-9 Jeep all built up and looking shiny and gorgeous 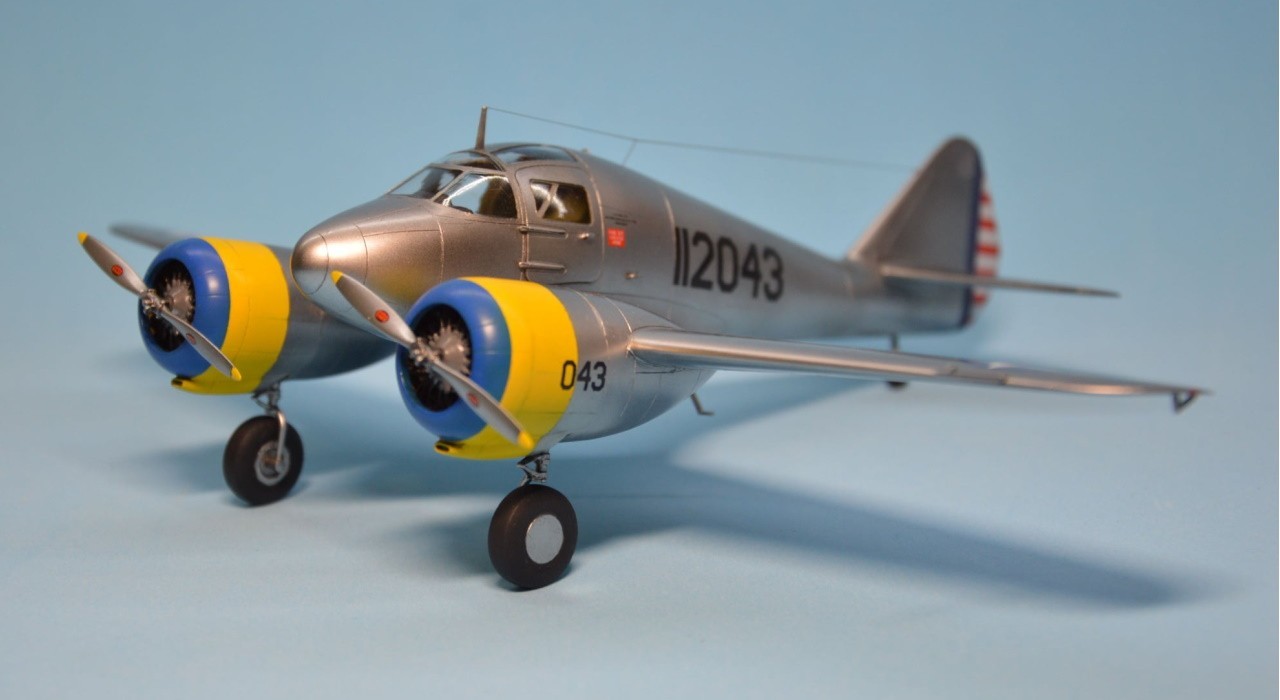 This is partial text from the full article (usually with photos) at https://aeroscale.net/news/curtiss-wright-jeep-build
2 Likes
Baker2Bits July 11, 2021, 4:26pm #2

Outstanding! Hope Dora Wings does the AT-11 to go along with it!

Funny looking airplane,almost cartoonish. But form follows function for this necessary trainer. Short-coupled with those Lycoming R-680-9s way out front - I’d hate to puke an engine during climb-out. (Reminds me about the joke about the Piper Apache, “What’s it’s critical engine? Both of them!”) But the demanding trainer can produce competent pilots.

Those blue and yellow cowls with the pre-war rudder - I want one of these.

IIRC, in the book In Hostile Skies : An American B-24 Pilot in World War II by James Davis, he wrote about getting lost at night, in severe thunderstorms, over NW Texas, in an AT-9.

“What’s it’s critical engine? Both of them!”

Just curious. Where are the exhausts located on this plane?