Czech Hetzer, Prague 1945, Hetzer in use with the Czech Resistance fighters during the Prague uprising in 1945 from modeller who needs no introduction stunning work Adam Wilder 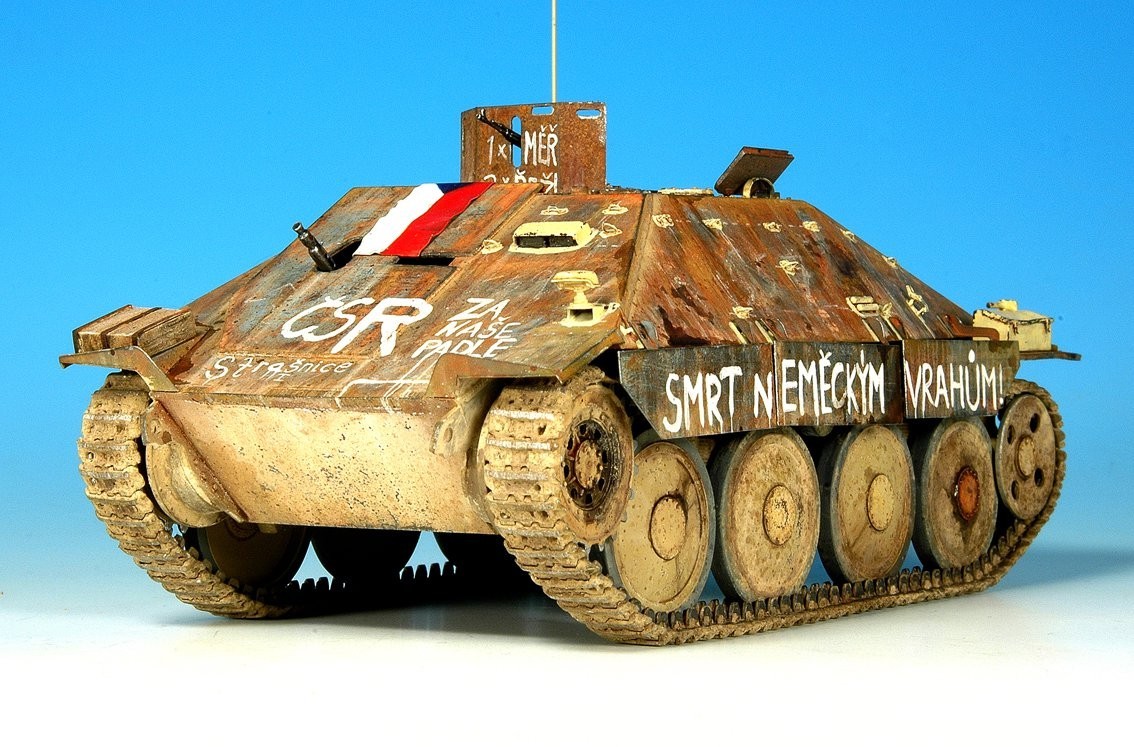 This is partial text from the full article (usually with photos) at https://armorama.com/news/czech-hetzer-prague-1945-by-adam-wilder
5 Likes
barnslayer September 28, 2022, 9:39pm #2

Adam Wilder needs to push past his hesitancy to depict weathering.

Good to see your back Adam, Keep it up,

If thats a Hetzer where is the Main Gun? WTF?

This was a Hetzer used by Czech resistance during 1945 Prague uprising. They were captured at a factory and some were not finished. They were finished in an improvised way and used against the Germans.

I agree, it’s holding him back for being an excellent modeler.

Yes, think that these vehicles are literally at the factory awaiting it’s gun (which came from Germany), and the kit looks like it’s been outside for five years.

Maybe…they obtained steel that was stored outside. Maybe they recycled it from rusting hulks. It was the end of the war. Did anyone ever see a color photo of one of these vehicles? I think in a case where there is no / limited photographic evidence the modeler can take some artistic license and finish it how he likes. It may not be everyone’s cup of tea but I like it.