Okay, considering purchasing this kit. Now I’ve head there are accuracy problems (there always is…), but what I’d like to know is there a list of these …uhhmm… dificulties… available anywhere so that I can make an informed choice as to whether or not I give a poo?

Also, for example, I’ve seen folks complain the smoke launchers are not the correct diameter. But no indication of what said diameter should be? What if it’s just the bracket that’s wrong? Do I care?

I’ve no intention to get all rivet county on this. I’ll just go 'till the fun runs out.

Is that near Brisbane?

But I’m from Melbourne, so not that.

MM the big inaccuracies (if you want to call them big) are:

The bowplate armour, its the later thicker 80mm plate, easy fix by filling and recutting the weld closer to the front.

The tracks are quite shallow because of the way DW chose to make them.

The roadwheels and tyres. Its said the roadwheels are out of scale but to my eye I didnt notice, what is wrong and it isnt glaring unless you know is that the hubcap is wrongly configured, the bolts are beneath the big lightening holes and not between them as they should be. The tyres are lacking detail and too square a profile, they also dong fit the hubs well and if forced can crack, you may well need to shave out the inner face to get them to fit the wheels.

Suspension sits high if left working. loading the kit down helps but the DW plastic is brittle and unforgiving so I thought it may snap after a while so I am glueing mine in place. (The ride height between hull bottom & ground incl tracks should be 24mm I was told.)

Apparently the early few Stug Gs came with the commanders vision ports in the opposite of the kits with the blank to the front but I didnt catch that till mine was done, I dont think its a difficult fix to spin the parts around before assembling.

They give a partial interior but annoyingly dont detail the most visible area of the upper back wall and the radios supplied arent that good and under scale too supposedly.

Without modding the kit can really only portray an early Stug as the later had interlocking armour.

Good points are that generally its really nicely engineered for fit, the PE detail is far better than the Trumpeter/Hellers.

Before thinking the trumpeter may be a better bet though please note the bow on that is horribly messed up and the angles too shallow, for some reason the tried to make it work by shortening the upper plate and squishing the access hatches and its dreadful. The fenders are wrong too as they match that and the treadplate pattern is awfully out of scale. It does have nicer wheels and tracks though and interlocking armour though some of the welds are seriously lacking in their definition.

If you are on the cursed FB thers a page dedicated to these kits with a wealth of info and available corrections.

Of the two I still prefer the DW despite its flaws

Awesome. thanks for that. I think I can probably live with most of that. May have a go at fixing the bow plate.

Its quite an easy fix yes, some say the supplemental armour is too thick on the bow but it looks okay to me. 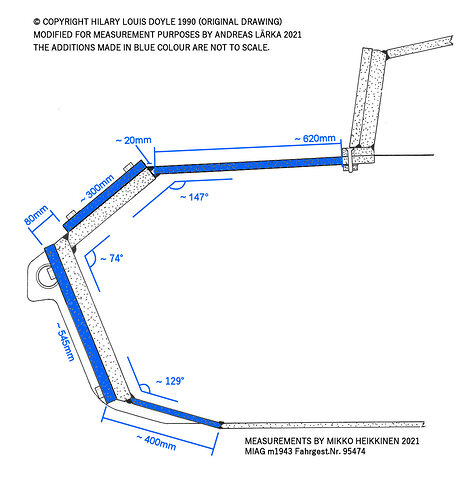 Thanks so much for the detailed run down on the kit fixes and the news on the new road wheels too. I have this kit in the stash and the fixes appear easy enough to make.

I don’t own the kit, but you asked for the diameter of the real smoke candle launchers.

Awesome. Thanks for that.

Sprue Brothers have the Gallery Models version of this kit.
Same thing but with side skirts and no partial interior.
I just finished it and it is nice for $139.99 & shipping