Working on a set of DDR tanks (T-55, T-55AM2B, T-72) What is the rhyme or reason to the turret numbers? Havent found a web site on the subject (plenty on WW2 german) . From photos I see (Period,not models or restored) 3 and 4 digit numbers and more recent ones seem to have no number. Anybody have an idea of meaning (3 digit = Panzer Regt., 4 digit = Reserve?) and time frames (4 digit X year to Y year, 3 digit Y year to Z year, No number Z year to Reunification.)

For the Soviet army (and probably by extension the NVA), the turret numbers were apparently meant to be deliberately misleading - they don’t follow a logical or consistent pattern from unit to unit.

I recall that the 3 digit numbers reflected that of the WW2 methodology - as also used by the Bundeswehr viz (reading the number L to R):

I am not sure about the 4 digit numbers; whilst the Soviets used painted canvas/hessian panels over the real numbers underneath this was, as far as I can recall, only used on some exercises to confound the Allied Military Missions; however, it was far too big a job to be done Army-wide.

HQ BAOR maintained a data base of the all vehicle numbers - or as many as they could get hold of - to assist in identifying both the GSFG and NVA ORBATs. This would involve scouring open press pictures, the RAF Chipmunk flights within the air corridor to Berlin, and of course, the previously mentioned Military Missions.

Overall though, not much help in answering the question!

Hey Sluff
I am member of a former NVA Panzer regiment facebook group, I asked them about a model i was building of a T-55AM with BTU55 Dozerblade, The turret number of this tank was 4338, The first 2 number was the secret Regiment number 43, in this case it was Panzer regiment 8 Artur Becker in Goldberg. the next number 3 was the company No. 3 code for the 8 coy. the last number 8 was the
tanks number in the coy. I dont know the regiments codes for the other tank regiments in the NVA, for my T-55AM2B i used a photo from the Tankograd magazine about this type of tank. The tank No 2461 from 4 th.Panzer Bataillon. MSR= Motorized Rifle Regiment 23 Anton Saekow in 1988. 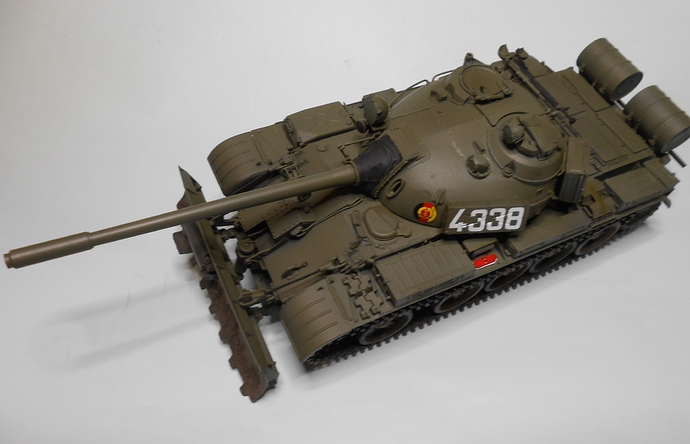 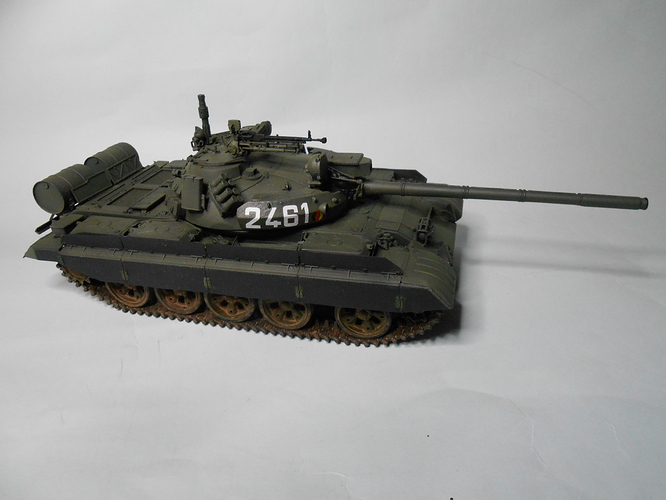 Since 13 tanks per company the 2nd and 3rd companies of the Battalion started with 3 and 5 respectively.

4 = 4th Regiment (not the actual numbering of the regiment but the 4th regiment of the division, the first 3 being the MRR (BTR/BMP), the 5th the Artillery Regiment, 6th the Air Defense, etc.)

*Note like all militaries some numbering is deliberately falsified to mislead.

10 vehicles in a Tank Company of a Tank Regiment.

NOTE: the “4th regiment of the Division” was the artillery division and was numbered beginning with “4” (all other NVA divisions considered the 5th Regiment to be the Artillery Regiment).