I bought a set of three deceased Chinese Korean War soldiers from DEF Model. Deliberately I want to depict them having died from cold instead of violence. How do I depict it properly?

Not exactly sure but the lips would have a bluish/purplish cast about them. The skin would also tend to be pale. I think your best bet might be to search the net for photos of people who have died of exposure, especially cold. Good luck.

I was hoping somebody might have modelled such figures already and knew exactly what to do. 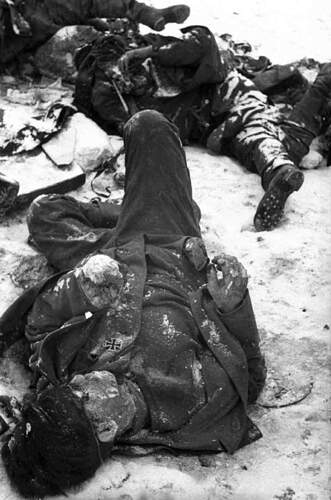 Not many colour photos from those days …
Cold causes blod to be drawn back from superficial blood vessels so go for pale.
Chain smokers can also exhibit this greyish pale skin tint 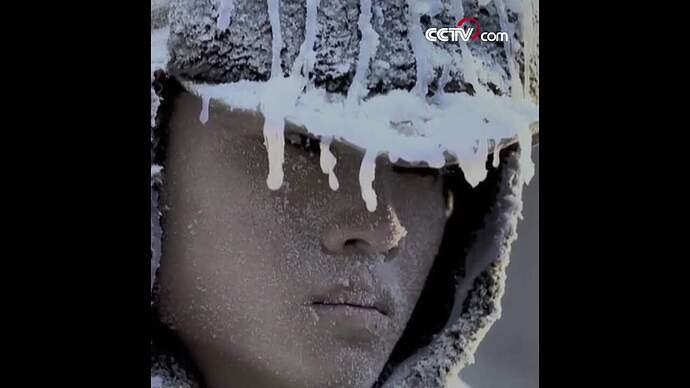 I mean really? You’re not sure how to research dead bodies?

I’ve seen numerous dioramas over my time in modeling that contain dead soldiers and they just looked like live soldiers with a bit of blood on them or their uniforms, but I think depicting soldiers who have frozen to death would be a little different yes. As Robin and others have suggested, maybe paint their skin a pale flesh color and add some grey.

Along with the pale/grayish skin tone suggested by others, cover them with
a small amount of snow…the viewer will get the message.
cheers,

One has to remember that especially in the old old days, soldiers often died more from disease or bad weather than they did from enemy action.

This is true. The cold of Stalingrad, Korea and the jungle diseases troops caught all took their toll.

Take alook at MT Everest pictures, granted its extreme cold since over the last 20 years theres been some well documented fatalities from exposure. The movie Everest had some pretty accurate pic’s of that particular event, pay attention to Josh Brolin’s character with the frost bite. Depending on your scenerio frostbite on the nose and cheek would be a touch that would give some depths and certainly transport a person into the scene.

During WW1 the Austrians and Italians fought at high altitudes in the Alps. Often they used artillery to cause avalanches which buried or swept away enemy positions. There’s still a lot of stuff up there (including a Howitzer, I believe) and preserved corpses still emerge from the ice occasionally (like Otzi, but he’d been there for about 4000 years…).

I have tried it once one a bust, showing a German at Kharakov.
Named it Almost Frozen, if you gonna display a dead there just bleu/grey almost white. 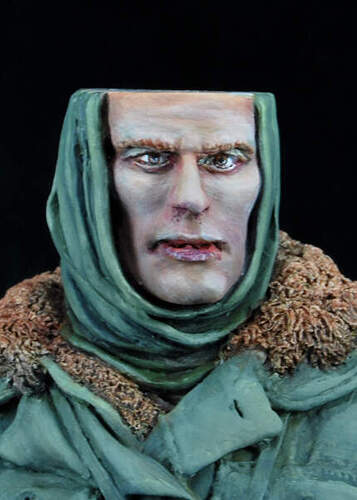 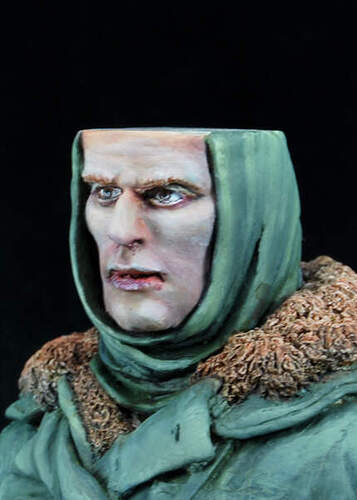 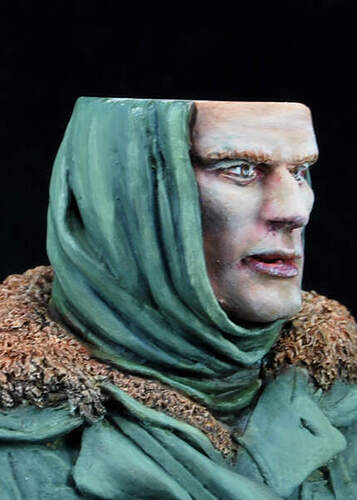 The eyeballs would be frozen and not have much eye details.
Contains a lot of water and when water freezes …