This is a project I began approximately 4 years ago and finally completed. I started with the AFV club M-60 in 1/35th scale. The dozer blade is from an Academy kit with additional scratch built hydraulics and piping added. The reactive armor is from a Takom kit. Stowage was resin from Legend. Tank crew were Alpine figures and the flag waver was repurposed from Masterbox.
The scene was loosely based on a photo of a USMC tank practicing in Saudi Arabia prior to Desert Storm. 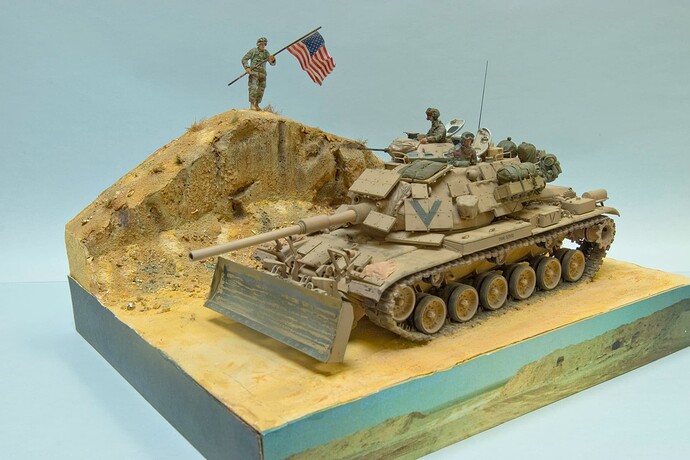 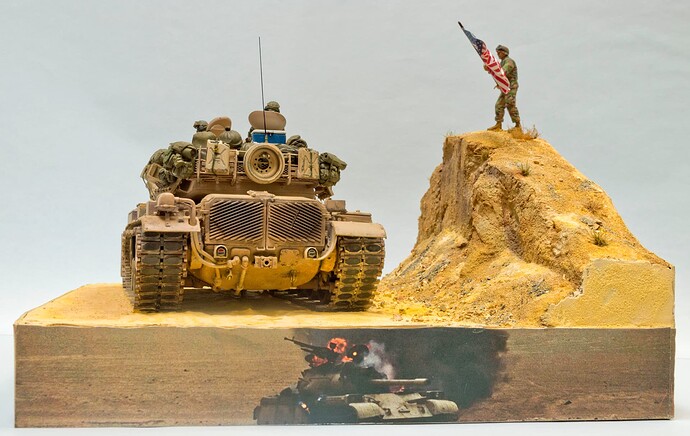 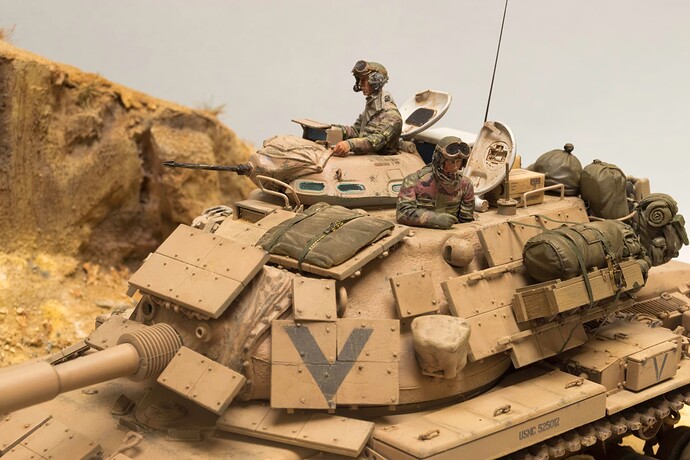 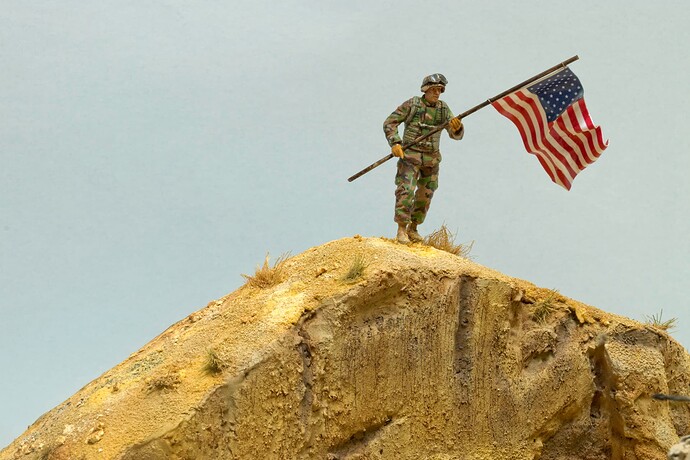 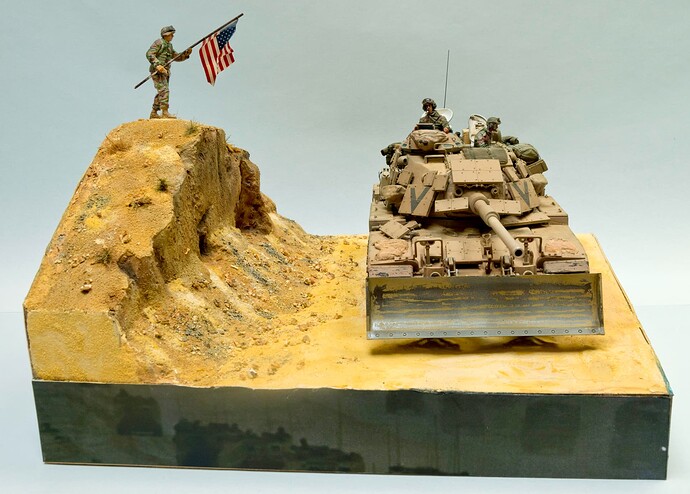 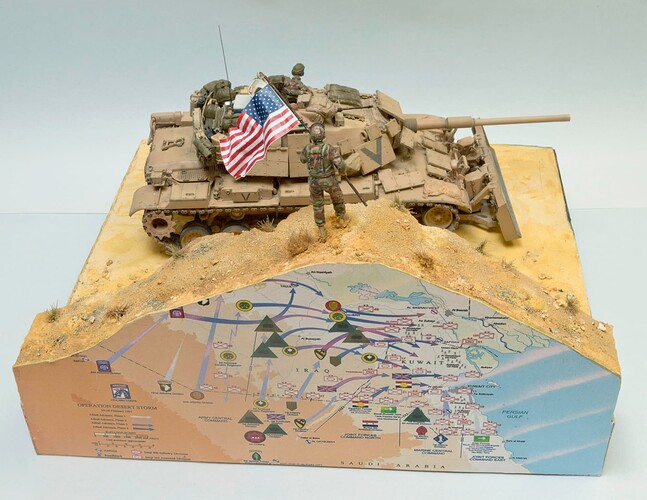 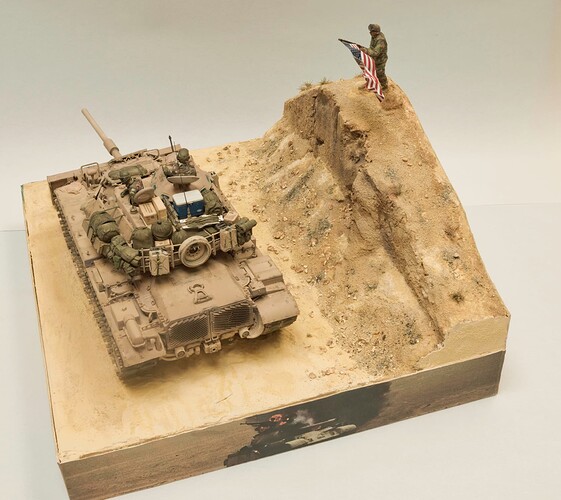 Nice job. It looks really good. I like the base w/the map too.

The base really makes this one for me.

Really cool, love the base.
Ken

Very nicely done. The wagon looks great and it looks very well weathered and the overall finish is just right. The stowage strapping is a nice addition and like the others said, the base and the small rise really give it some focus. The flag is done very well showing movement within the scene and the base edging is a very clever touch. Well done Sir !

Very well done!
The whole layout comes together nicely, like the others said, with height, movement and colour. Painting of the figures is really good and the idea with the base is superb.
Why is there pinkish red on the loader’s front? Or is that just the picture?

great work, I have the old tamiya kit with legend accessories pack. who knows, one day I might actually build it

Not common and unlike the mine plow that could go on any tank with some installation, the dozer tank needed additional welding.
https://archive.armorama.com/forums/57806/

I think where possible M9 ACE was to perform that task.

The build looks good. Like the map on the base and because the modeling gods are cruel, the Takom version with Era and blade hit the stores not long ago.

Thanks for the info Ryan

What a fantastic piece of work- brilliant work on the tank and figures. The framing is just awesome though, that and the shape of the base and how you’ve positioned things really brings everything together nicely.

The USMC did mount a few Pierson blades on M1A1s in the mid-2000s. It was not common and required extra welded mounts. 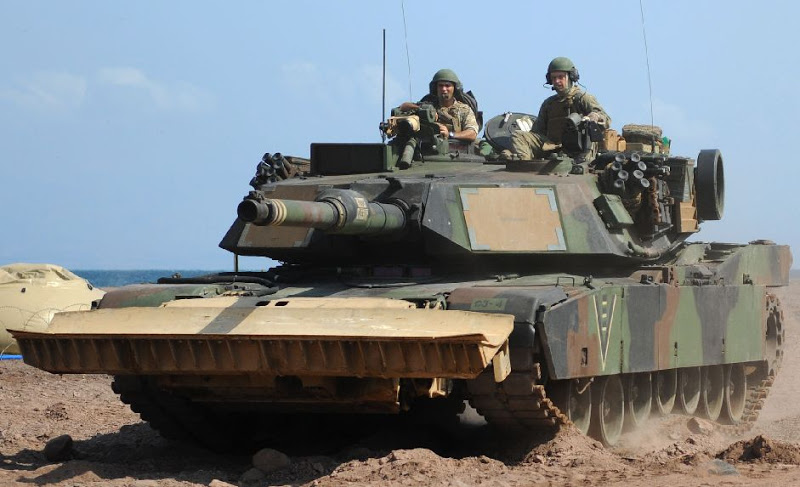 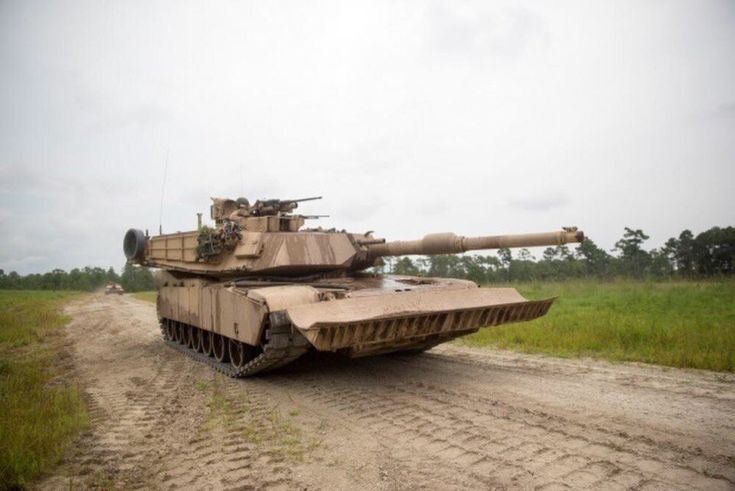 well done tank, nice layout and decent execution of the dio. To see these beasts in their natural habitat makes all the difference in my eyes.

Its just the color in that photo for some reason.

Johnnych01
Trumpeter did a kit with a M1 plow blade. I don’t think there were many M-60’s with the blade. I’ve read that they broke down quite a bit. I’ve seen more pictures of M-1s with blades or mine plows than M-60’s in DS. I think that was the last hurrah for them in the US. 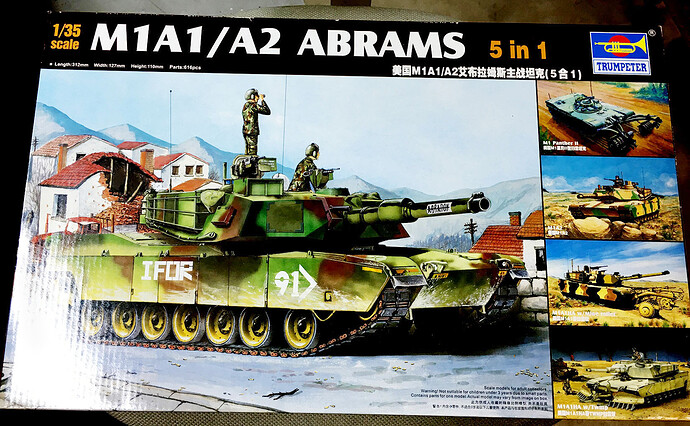 Very well painted tank and figures, and your base is great, love the groundword of it!
Like a lot of people allready mentioned, the pictures on the base sides is great, something I hadn’t seen in any build before, very nice idea!

Trumpeter did a kit with a M1 plow blade. I don’t think there were many M-60’s with the blade.

You are confusing 2 different pieces of equipment. A plow is not the same as a blade.

The M1 Mine Plow is a rake-like system that furrows under the soil and pushes mines out of the way. They are/were used on Abrams and M60s. 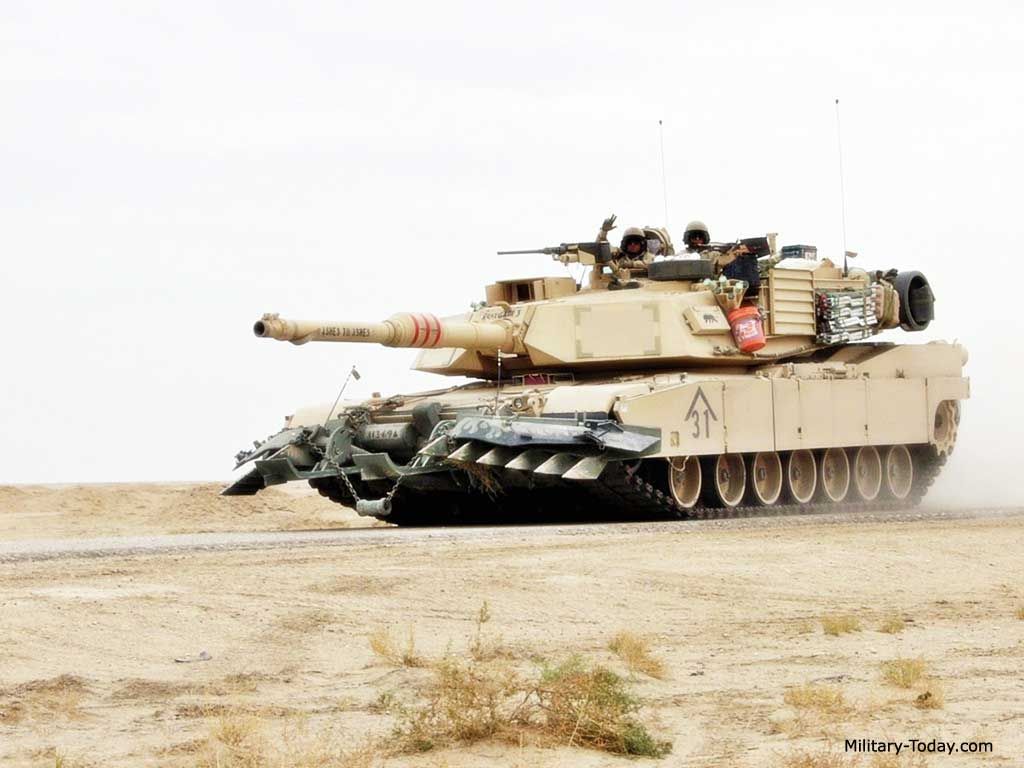 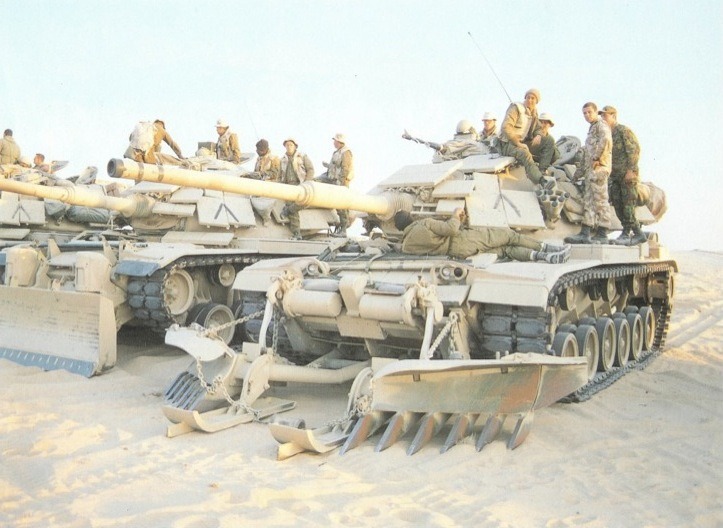 The M9 Dozer Blade was attached to M60 (and earlier tanks) and was used mainly to dig emplacements and clear obstacles. It has not been installed on Abrams tanks. 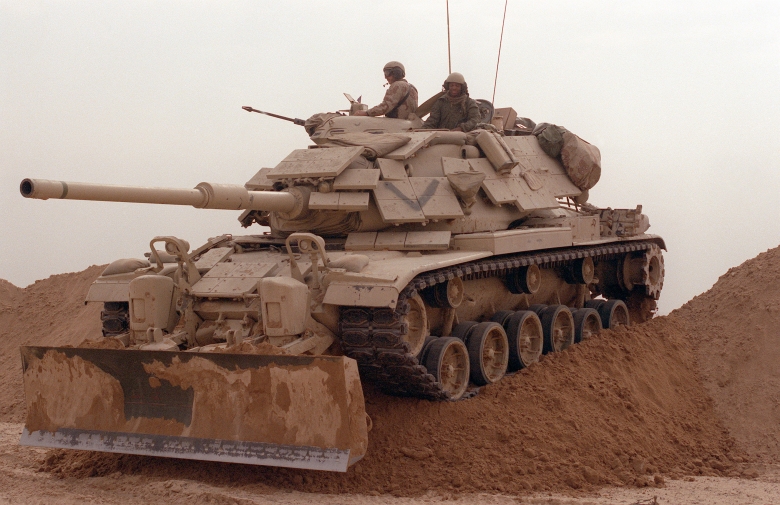 The Trumpeter kit comes with the plow and a set of mine rollers, which rolls across the surface and detonates mines using pressure. This, like the plow, leaves a clear lane through a minefield for other tanks to follow.

Gino,
Thanks for the clarification. BTW the picture of the M-60 pushing the dirt was the one that originally started me
on this build. Takom releasing their new kit encouraged me finally to FINISH it!

In addition to the great work you did on the kit, I really like how you Incorporated the map and burning tank into the normally forgotten sides of the diorama.