This is my first topic/build on Kitmaker. Yes, I’m new here

The model is from Trumpeter. The model will be build straight OOTB. The only extra is metal foil from Green Stuff World to build the damaged fenders. 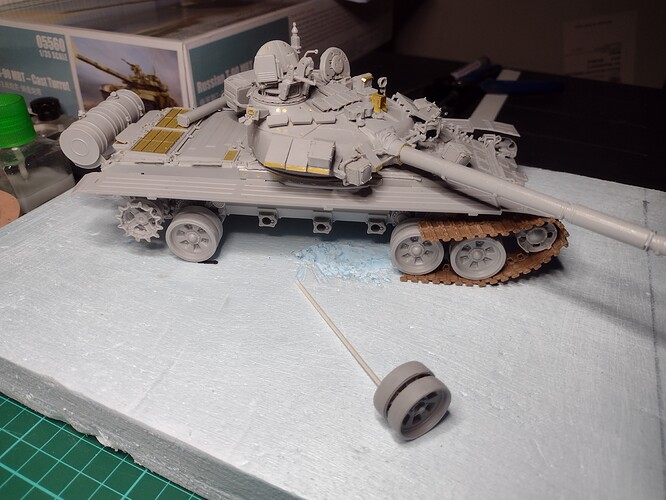 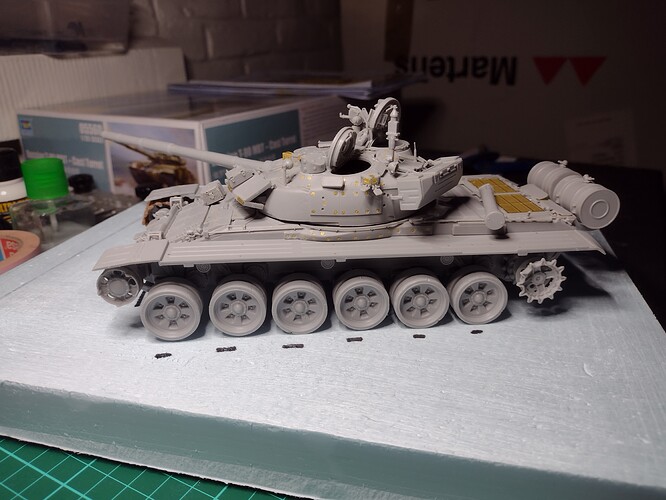 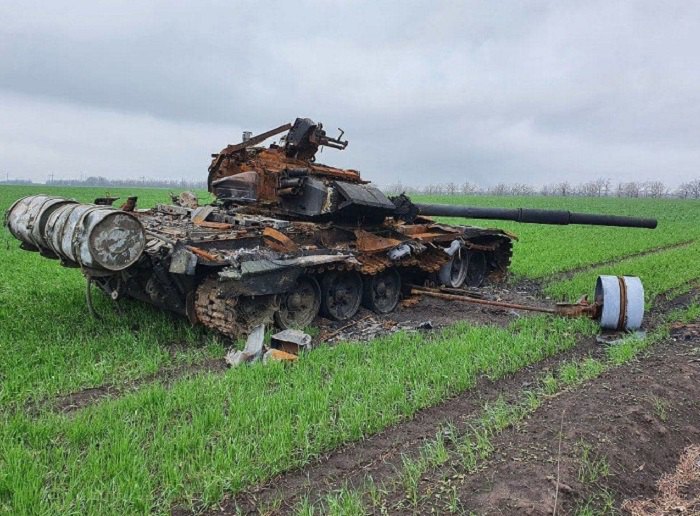 Welcome aboard Ron. You have a good looking start to the project.

It is fascinating to see the torsion bar ripped out while still attached to the wheel. I wonder if that happened due to some meddling after the destruction, or it was busted beforehand, or I’m going crazy and that’s just a metal rod that just so happens to line up with the road wheel.

Welcome to the chaos Ron. You’re off to a nice start with the build and the general idea. Will be good to watch the destruction take place… In a controlled manner of course

It seems to be ripped of/out complete according the pictures i have. Will upload from another angle

Welcome along! Your build idea sounds great- best of luck with it

Looking at the tank tracks, and lack of same behind/in front of the wreck, it’s as though the whole tank has been barged sideways & only that wheel remained in its original position.

that’s actually pretty common. You’ll usually see about four inches left inside the hull. Sometimes you see the road wheel and arm with a foot or so dangling. No two hits are the same, and being hit in the middle tells me it was either an anti tank rocket or hit from the main gun of another tank. Mines tend to work differently, and will usually hit up front near the driver’s side. Had that been a command detonated 155mm round; it would have flipped the tank or even worse
gary

Further to my first post, on further inspection it gets weirder…maybe the grass has grown back since its destruction, both from the tracks it must have left on the ground, and the sideways scrapes in the grass which are (partly) no longer there? Except that doesn’t explain the existing track-way under the torsion bar, why hasn’t that grown back too?

I am building a destroyed T90A myself at the moment though just the turret. Will be following your build closely!

Here are more foto’s of the destroyed subject. I think this wil clarify some of the mysteries. 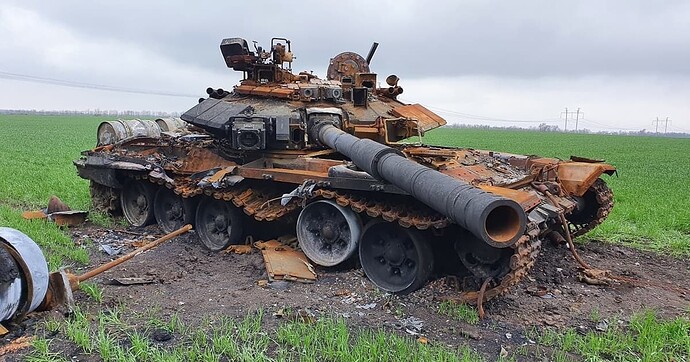 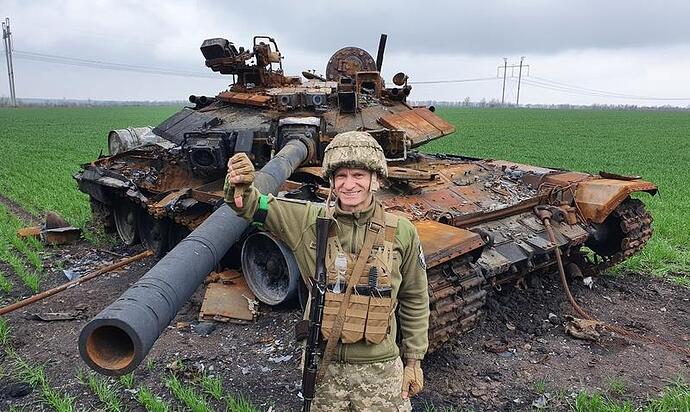 Thanks a ton, Ron!

@Gary_Totty Gary is right, if you look at the very end of the torsion bar, you can see where it is broken off.
Ken

Welcome to Armorama Ron! You’re off to a rousing start. You’ve got a great looking build there - excellent construction. Your subject looks very cool - not many of those in theater. Will be a fantastic diorama, I look forward to your progress.

The grass is short and green. The tank is rusty. The grass started to grow post destruction. There are no crushed grass where the tank tracks drove. In the bottom photo’s the grass was planted in rows. They could not have planted there if the tank were there so the grass seed was planted the tank burned the grass then grew. The area that didn’t grow back was heated to the point it killed the seed or fuel leakage killed the seed.

Storage bin build, damaged and mounted. The lids are made of metal foil. Still have to build the hinges and locks. 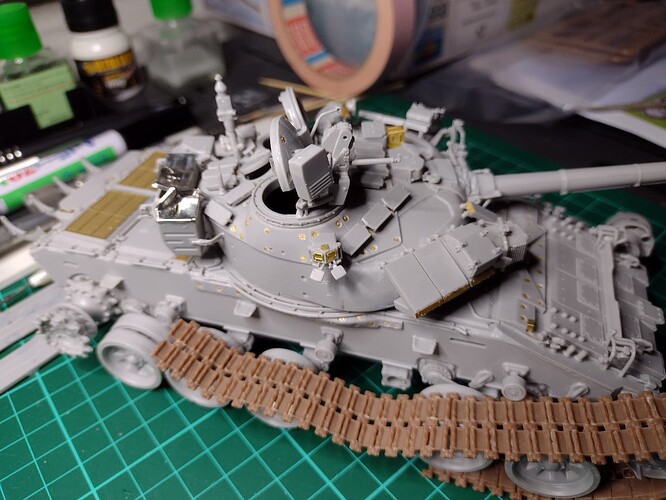 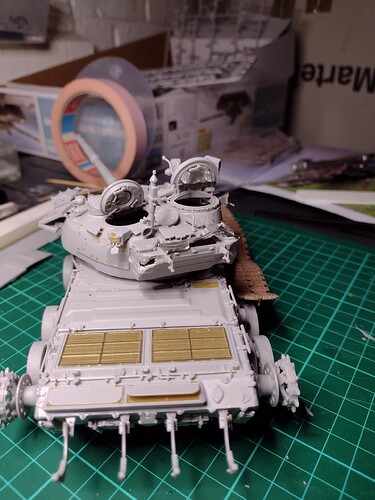 Finished the tracks and scraped the material from the roadwheels with my thrusted Dremel.
Next is creating the groundwork. 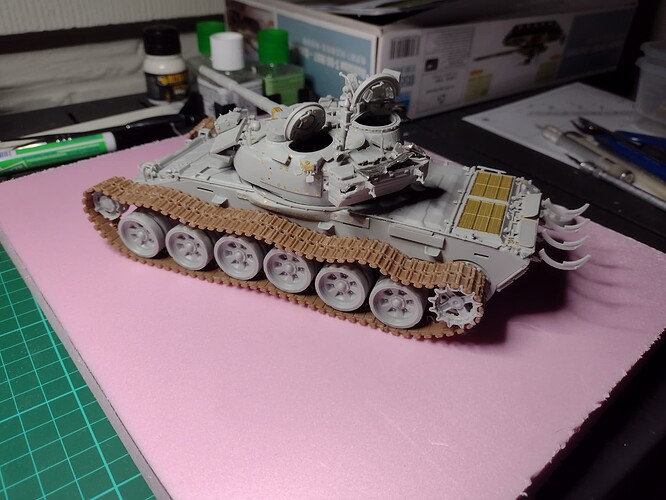 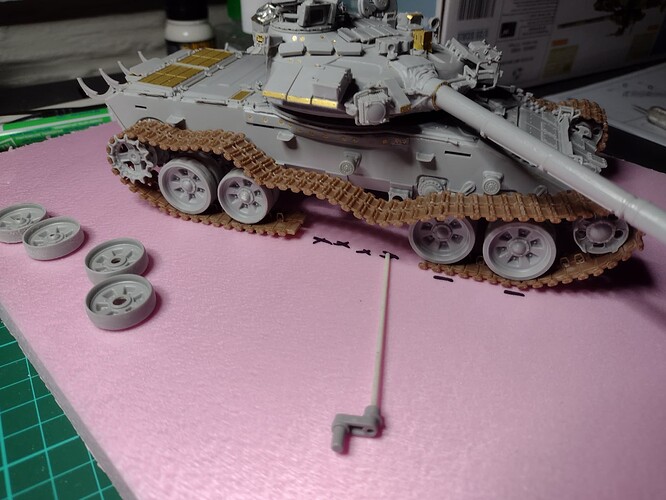 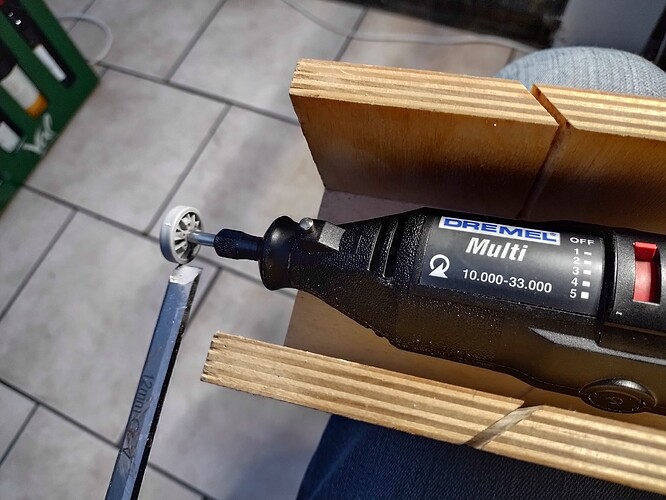 the Trumpeter kit looks pretty good to my eyes anyway! Your build is excellent. One little thing to remember about the torsion bars is that they often are splined on the end if you make the full length. Some also have a squared end and even some have a hex or octagon end. Yet they will usually just snap in two right in front of the end that attaches to the opposite hull side. So just break them off
gary

A new fresh start in 2023. Some more work on the Fender. Getting there…slowly. 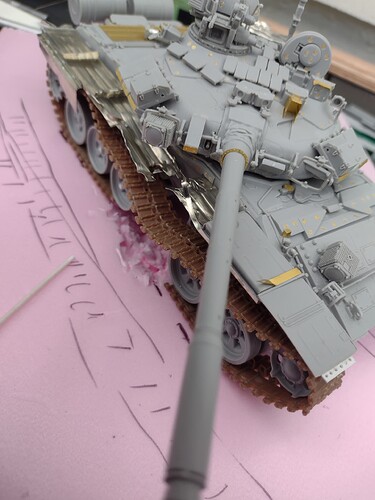 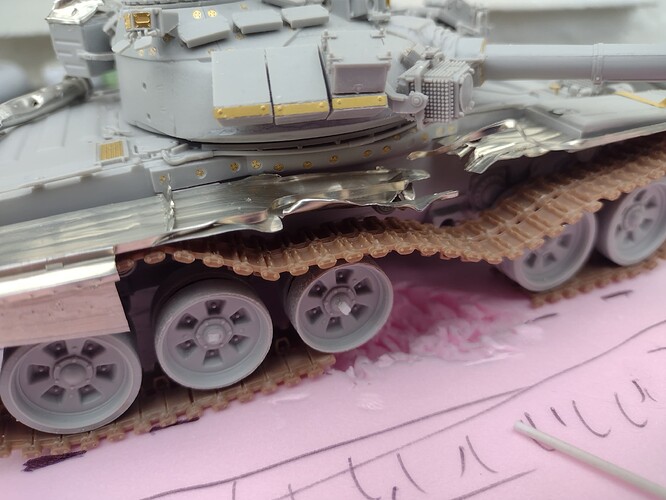 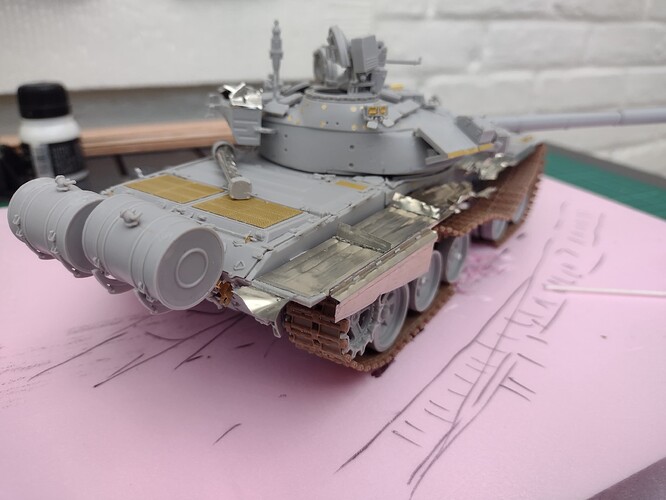