Documentation on the T90A prototype?

Hello, is it possible to have some pictures and know how different it is from the T90A deployed in ukraine? I ask because google isn’t giving me anything on the tank prototype, beside for the M variant.
Thanks for your answers!

Depends what you mean by T 90A prototype, the T 90A swapped the cast turret for the welded turret similar to the turret on Objekt 187 and didn’t go through trials.

The first T90A being produced.

The differences are very subtle mainly to do with the gunners sight, and Shotra emitter housings, and small variations around the turret, the turret face also has a slightly different profile but unless you know what you are looking for the differences are hard to spot.

Maybe you mean the T-90M, whose prototype is represented by many kits? 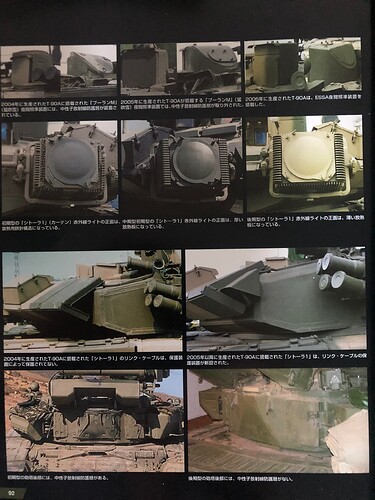 image1920×2560 381 KB
Variations left being the oldest to right, good luck spotting them. There was no T 90A prototype as such as the turret was swapped on the T 90 to fulfill an Indian order where they ran out of cast turrets, the T 90A moniker was used to differentiate between the T 90 and Upgrades have continued
sgeorges4 August 7, 2022, 8:40am #8

ok thanks for the pics!

topwar.ru has a whole article outlining the various obiekt 187 prototypes as they were all different.

here is a link to the article, i am using this and a bunch of other pics from the obiekt 187 series to make a “what-if?” using the rogatka TRUMPETER kit and miniarms resin t-90 turret . Tank “Object 187” (topwar.ru)