Sharing my work on Dragon’s 1/35 Ha-Go Japanese Light Tank with Hokuman suspension. Built OOB except for some excellent 3D printed tracks by a local modeler.

Markings are for a vehicle from 3rd Co, Japanese 4th Tank Regiment operating in Rosario, Philippines on December 23, 1941 during the invasion. The white strips on the turret appear to be temporary unit markings to denote which company the tank belonged to. 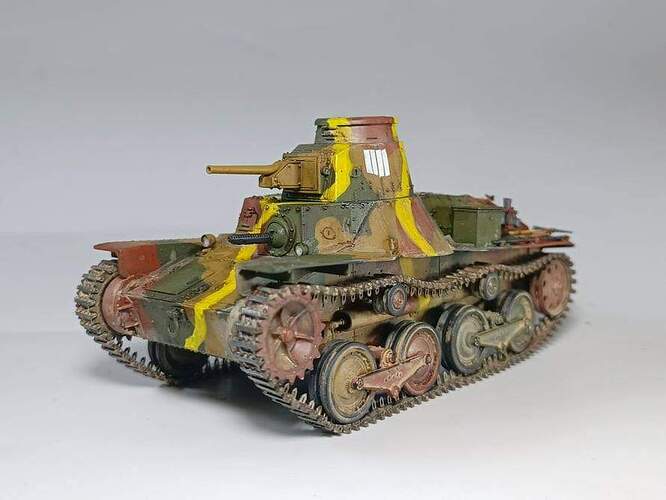 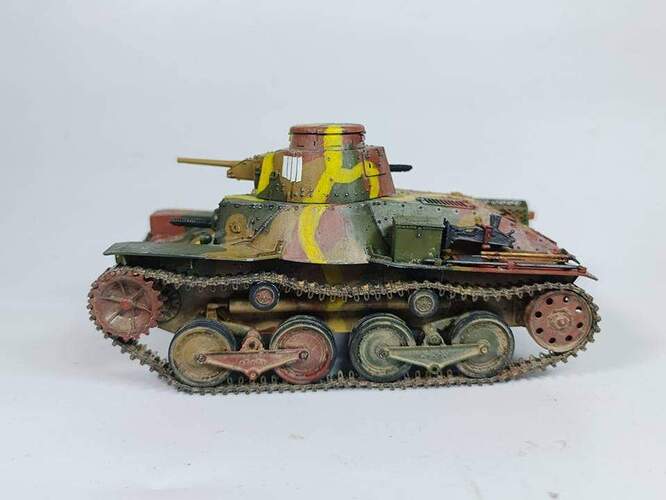 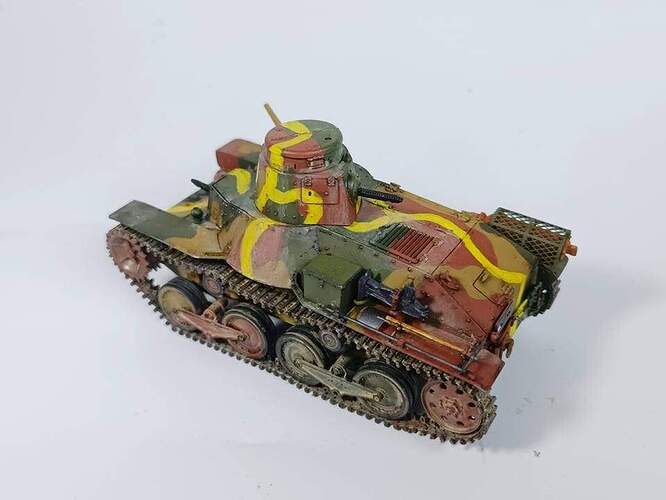 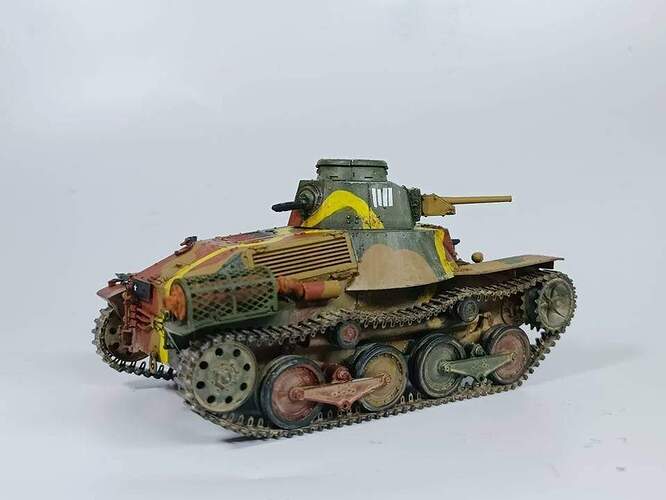 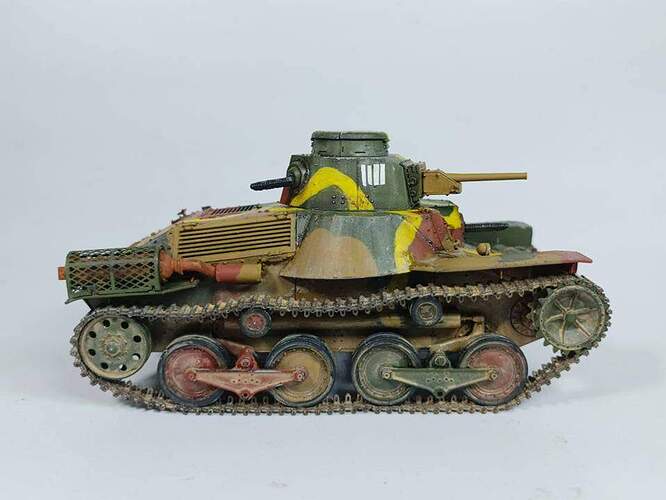 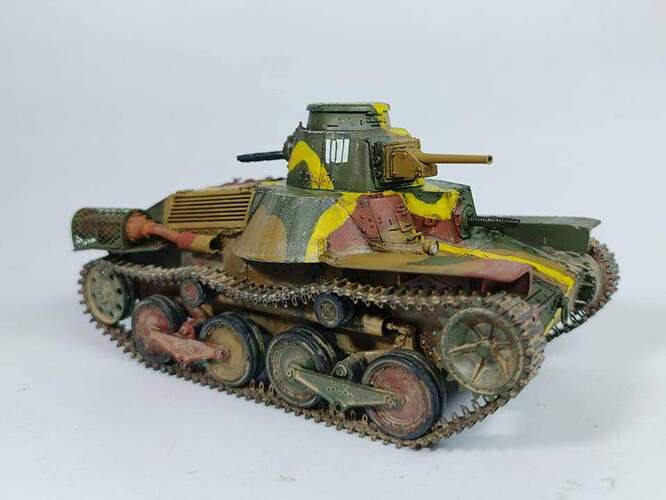 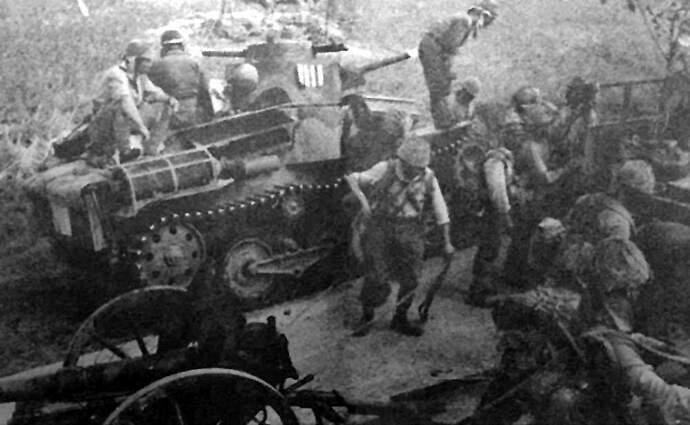 Thank you for looking

Nice paint job and weathering. Just a thought, I’ve never seen any type 95’s with the Manchurian suspension serving in the central pacific. I have a pretty good collection of books on Japanese armor and from what I’ve seen and read all were sent to Manchuria-China and Nomonhan fronts 1938-1941.

Thanks Dennis, much appreciated.

Thanks Frank. If you’ll notice the last photo I posted - there’s photographic evidence that were a few Ha-Gos with the Hokuman Suspension got sent to the Philippines for the invasion (a historian pointed out this particular photo + caption of where the unit was operating when it was taken). IIRC these Ha-Gos were from units that were previously stationed in Manchuria/China and employed during the PH 1941 campaign.

Very interesting and reasonable. I have a 1/72 scale version that I wanted to model in the central pacific but was holding back as I was not sure that this would be accurate. You did a splendid job on this vehicle! The camouflage job is superb.