Just for the heck of testing-out the new forum, and to rekindle some old memories…

This was my first box opening upon my return to model building approximately seven years ago. Paid waaaaay too much on Amazon, but at the time, who knew? I recall the excitement and nervousness of beginning a Dragon kit with a very hefty parts-count! This was also one of my earliest attempts at weathering using chipping techniques as I bounced between three models so I wouldn’t totally ruin this one. Looking back, it’s still a bit heavy-handed for my current taste. All said, this is still one of my favorite builds. 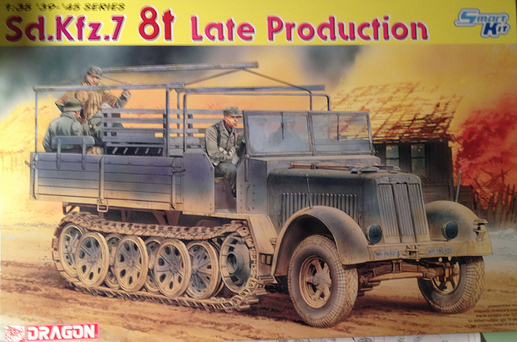 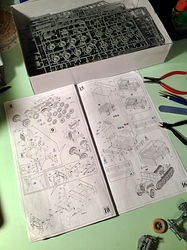 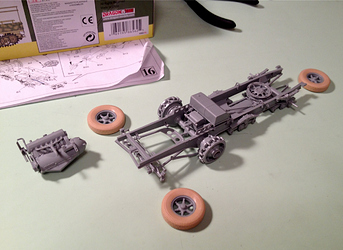 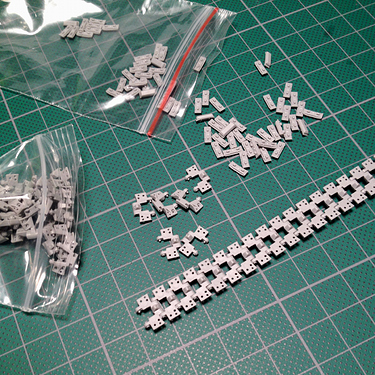 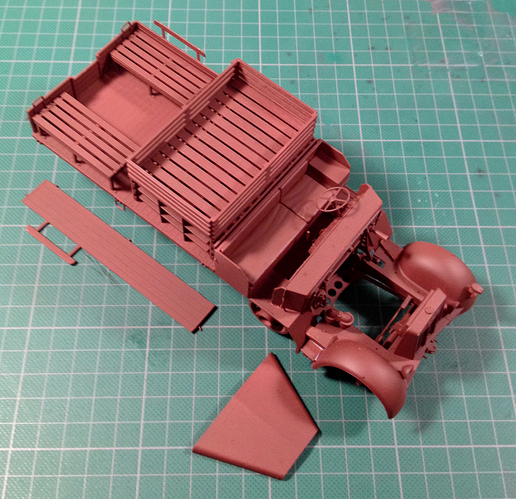 Vallejo Desert Yellow (70.977). Now for some picking/scratching/rubbing/scrubbing and a mishmosh of washes and hand painted rust… 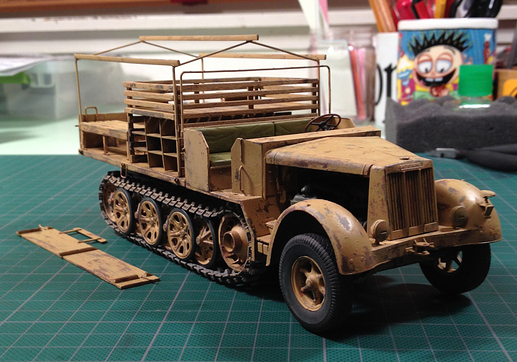 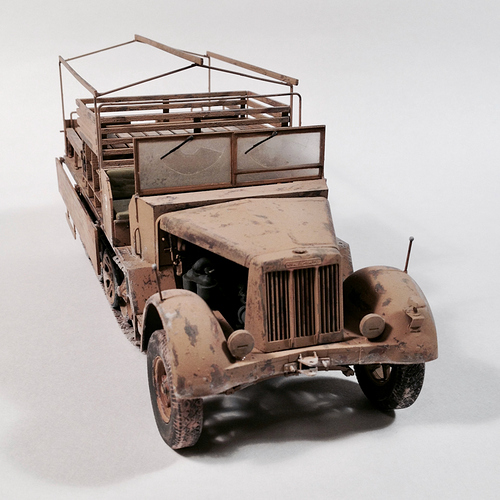 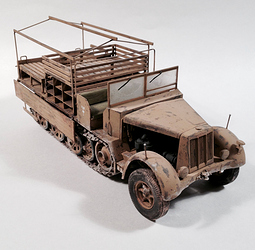 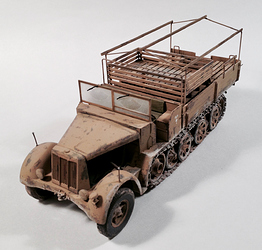 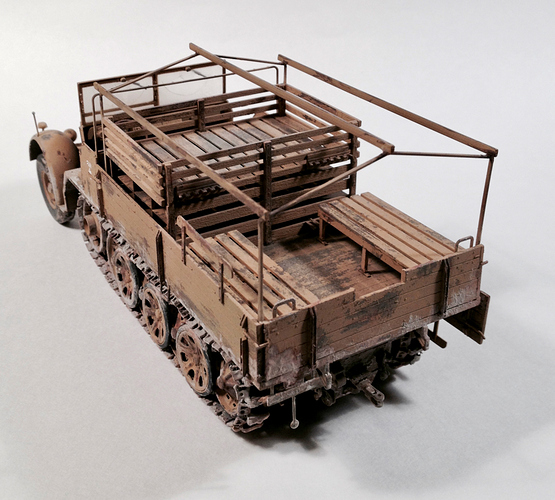 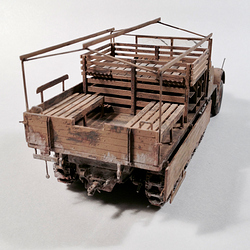 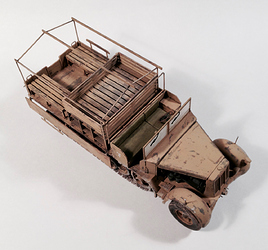 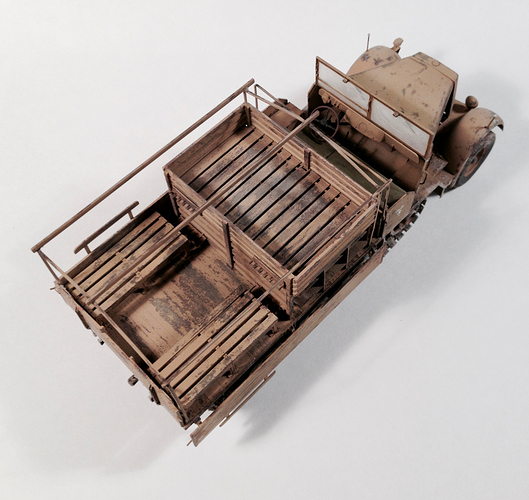 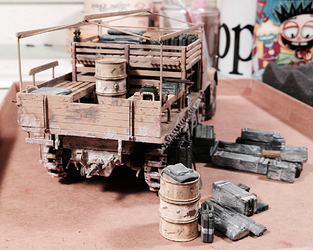 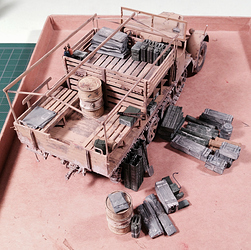 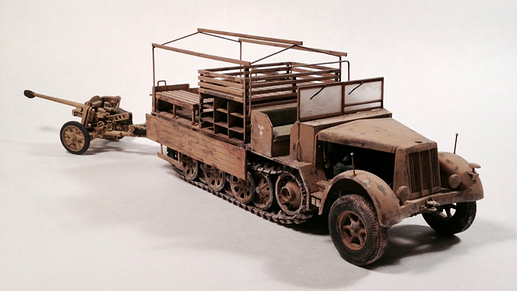 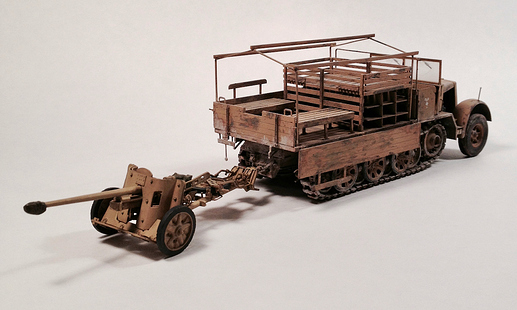 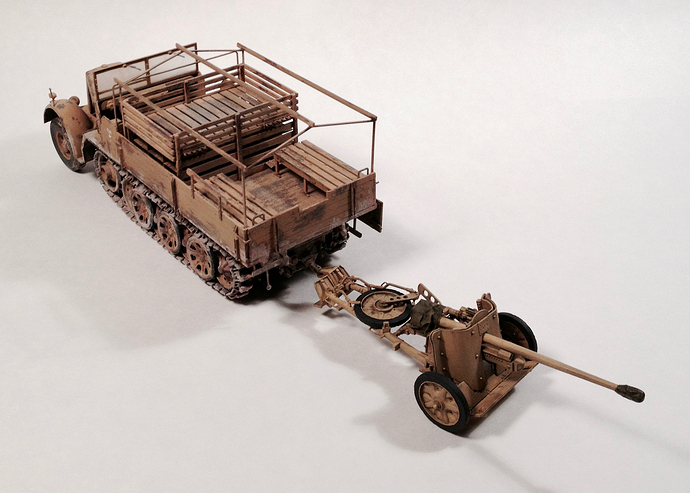 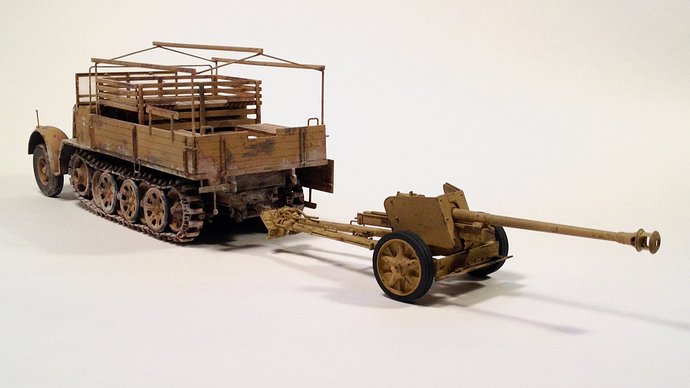 Thank’s for having a look!

Excellent Mike… didn’t recognise who you were by the avatar - propeller hat… should I be surprised!

Thank you, Peter! Glad to see you here on the other side! About the propeller hat… thought I’d try a new disguise…

Wow what a beauty that absolutely looks the business Mike. Now that reminds me, where are those Supremes these days…?

Very nice-got one in the stash

Wow Mike that was your first model? I’m floored! Fantastic job on everything! And Cecil The Seasick Sea Serpent - a beloved childhood friend. Now you know how old I am.

About as old as the rest of us I imagine…

Tim, Thank’s for the kind words and for that subtle reminder of the work that has become backlogged on my bench. … Lots of excuses, none worth mentioning here. Haha!

Matthew, Thank you for the kind words!

Allow me to clarify: That kit was my first “unboxing,” not my first “completed” kit when I returned to model building. Upon receiving my first online kit order, I immediately went at removing parts from their sprues like a barber clipping hair — or maybe more like a butcher hacking at a side of beef. In a frenzy, I assembled the chassis when eventually the parts-count and their small sizes overwhelmed me — not to mention first-time photo-etch!

Plans B, C and D: I ordered a smaller kit… the Trumpeter ‘German 15cm s.FH 18 Howitzer’ — smaller yet equally intimidating! However befuddled, I stuck with it and completed the kit. With fool’s logic, I moved on to even smaller kits… the Dragon ‘Kettenkrad’ and the Zvezda ‘German Motorcycle R12 w/ sidecar and crew.’ … Funny how the smaller the vehicle, the more difficult the tiny parts become! In addition, those kits became testbeds for my inexperience at weathering techniques.

After that torture, the real trial was to commence: Plans E and F: I committed to simultaneously building the Dragon ‘Sd.Kfz.7 Halftrack Early Production’ alongside the aforementioned already started, Dragon ‘Sd.Kfz.7 Halftrack Late Production’ — same chassis with different body types along with different paint and weathering schemes… and did I mention figures! Yet, no matter how rudimentary — but for the pure joy of model building, I somehow managed to pull them off!

Hahaha Wow what a tale!

Absolutely super first attempt - now you need to show us what you’re building currently - must be a show stopper!

Thank’s, Michael! Unfortunately, I just keep staring at the workbench and try to will things to happen — doesn’t work. Ugh!

“Always two there are, no more, no less. A master and an apprentice.”
However:

“So certain were you. Go back and closer you must look.”

“Once you start down the dark path (of Mojo loss), forever will it dominate your destiny, consume you it will.”

So get back in the game Mike…

Thank’s for the positive nudge, guys! I actually got up out of the Commander’s chair today and clocked-in an hour+ at the Lend Lease assembly line!

Really nice job Mike, glad to see you made it over. Best regards…Dale