She’s a relatively old kit from the 90s but honestly still pretty decent. Unfortunately Dragon replaced the kit tracks with DS on the re-release… Which was utter bollocks as the material eventually crumbled and I had a tank with no tracks. I shelved this project for a few years as a result. I managed to finish her by using the extra option of tracks available in the Takom M46 kit which looks superior in all respects to this kit from what I’ve seen.

Paint was done with AK Real Color Faded Olive drab. Weathering is a mix of oil and pigments. 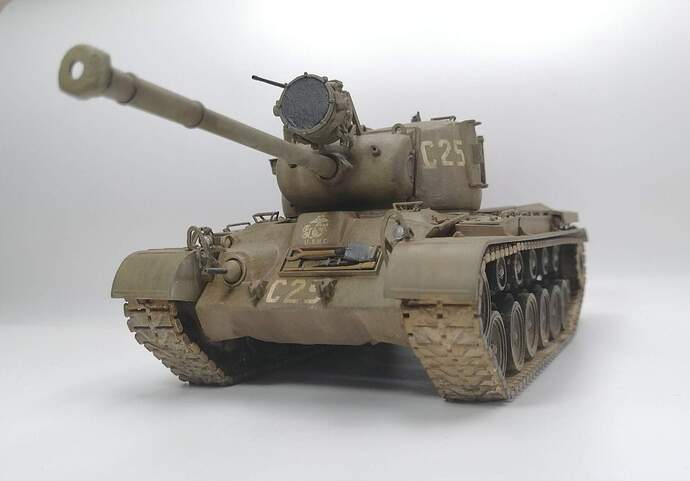 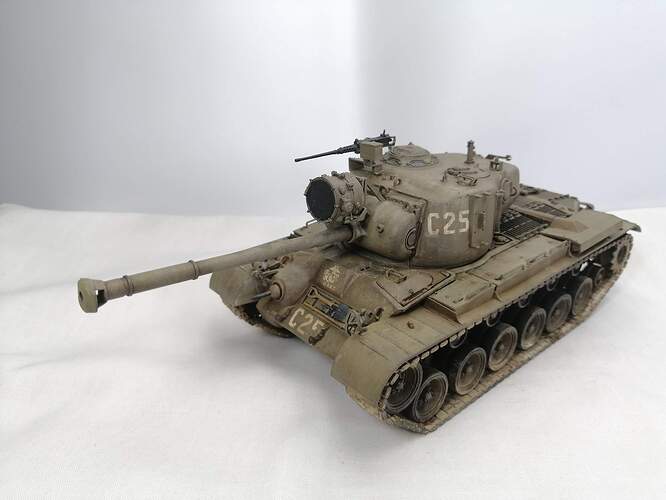 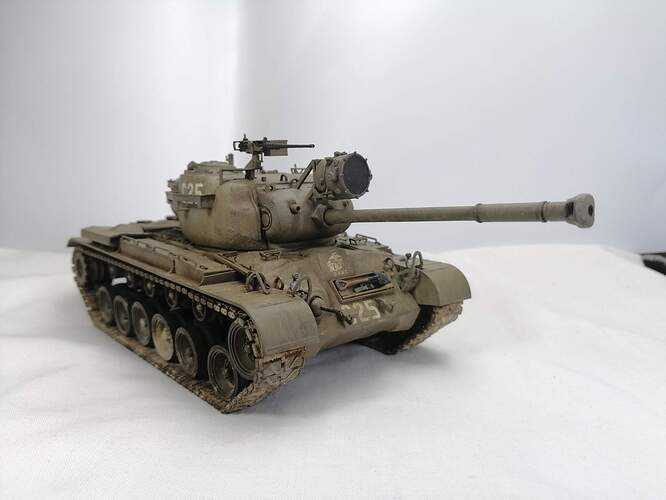 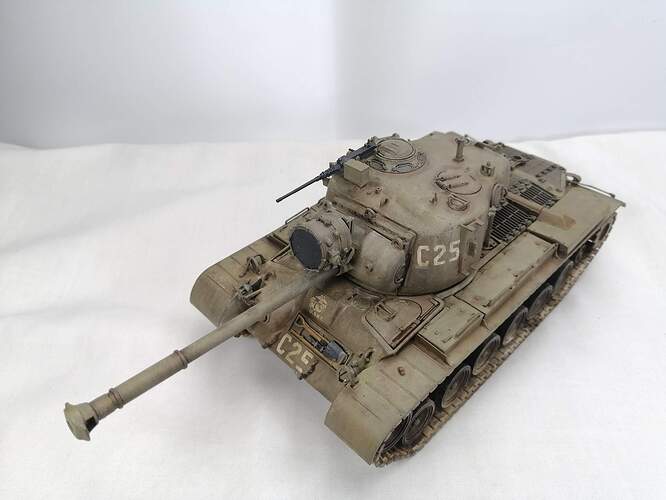 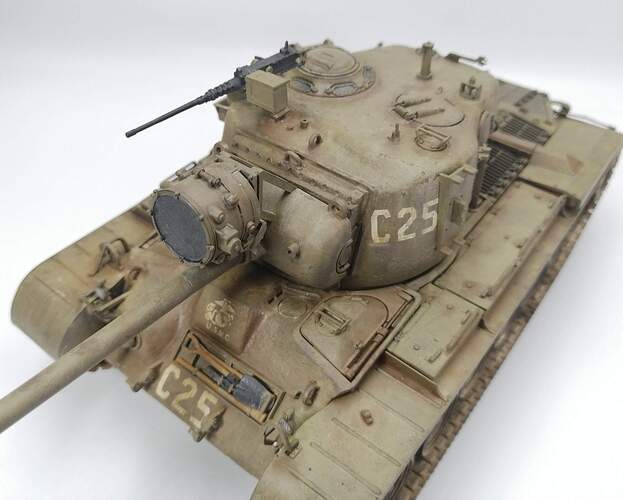 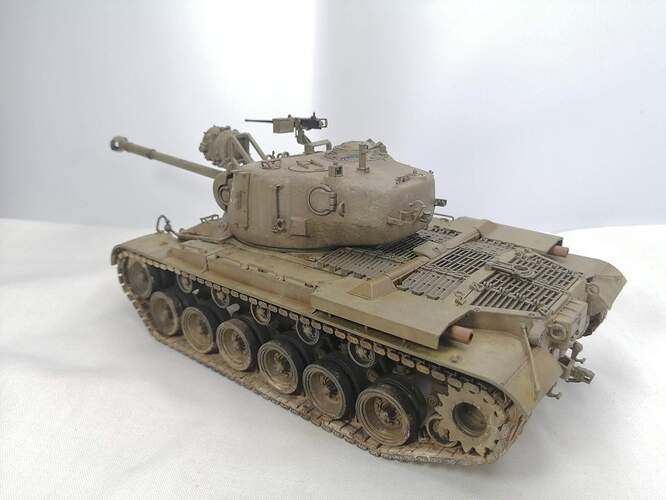 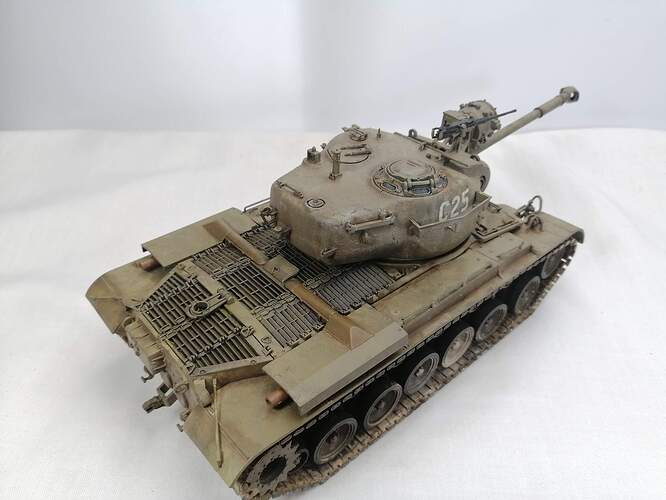 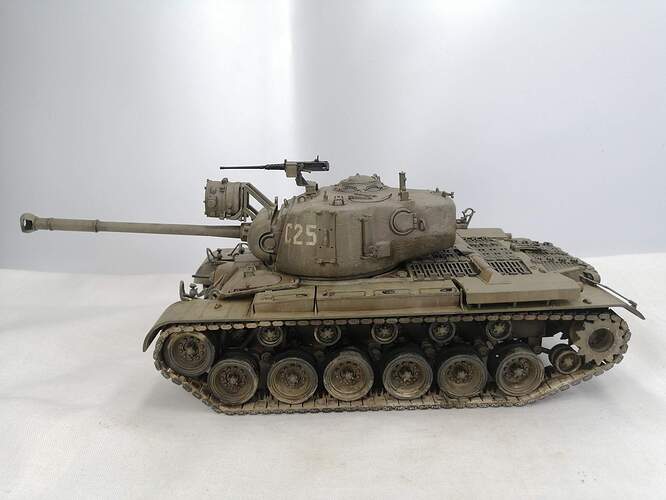 Looks great - you did the old DML kit justice! Pity about the DS tracks, as my kit in the stash still has the plastic ones. (But not the spotlight - I stole it for an early M60 Slick build…)

It’s sad Dragon has missed the mark with the whole DS track idea. It was a good idea that worked out poorly.

Thanks Tom! For a 90s kit, she was pretty decent imho. Just a few vague placement points on the turret (I’m still annoyed at the angles I placed the spare track holders and the stowage basket on the other side). The only significant thing I did was to re-add some cast texture on the turret and front hull. I was also thinking about using the searchlight for another project but since I got the Takom kit, I’ll use that instead

Thanks Wade. I have to say, the 90s DML kits are all mostly pretty good detail and fit wise… except for the tracks. I admit that I was spoiled by dragon’s gimmick with the Magic Tracks - I found it tedious to snip 2-4 attachment points per track link from the older kits.

I agree with the DS tracks. I have a few more projects paused because of the shoddy material used. It’s quite anxiety inducing - I don’t know how many of my Dragon Kits that are 10 years old still have usable tracks. I was assured by our LHS that the new re-runs of the Dragon kits I’m buying have much better quality DS tracks but I’m not totally mollified.

Very nicely done! I finished one of the original DML issues of the kit at the end of last year. It is an oldie but goody, and you sure made it show. The replacement tracks were likely a step up over the original kit tracks.

One of the best I’ve seen Sir. Thank you posting it.

It came out really nice. Great job on the track save. Did the Crouse-Hinds light come in the kit?

Did the Crouse-Hinds light come in the kit?

It does. I saved the one off mine for a future M48 build.

Thanks Carlos! The Takom tracks look nice but they have quite a bit of ejection mark on the plastic that needed cleaning and filling - I got around most of it by just applying mud over the model, hehe.

Thanks Richard! I really appreciate it.

Thanks a lot Gino! Yes, as stikpusher/carlos says - the lights came with the Dragon/Cyberhobby kit. Looks decent enough after cleanup but it does lack the electrical wiring.

The Takom tracks look nice but they have quite a bit of ejection mark on the plastic that needed cleaning and filling - I got around most of it by just applying mud over the model,

Exactly! Another reason why I find tanks less stressful than aircrafts - most mistakes I make can be hidden with with mud. Woe to the modeler who discovers seamlines and scratches after applying NMF on a plane hehe. 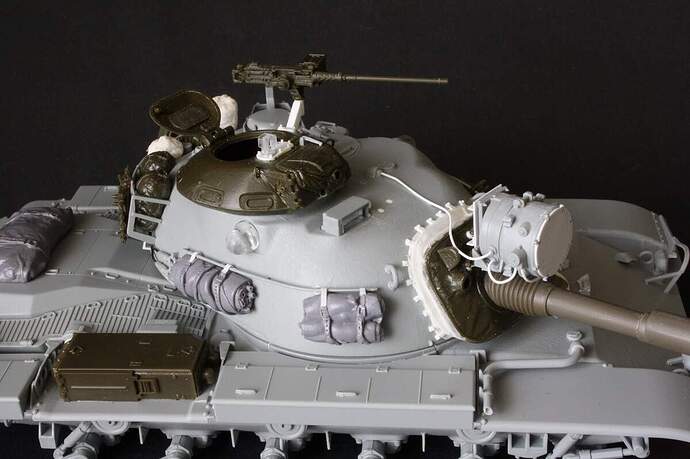 Lovely work! What did you use for the wiring?

Thin Evergreen rod, gently bent to shape with the aid of hot water. Gluing them to things like the turret roof also helps!