I recently got one of the Dragon’s old 1/35 Nashon’s, the first release. It’s missing the instructions. Does anyone have a instruction sheet they would like to sell? After buying the kit,I did some research and it sounds like you really do need the instructions. It also has some inaccuracies and flaws. There’s several aftermarket detail sets for this kit. Has anyone used these detail parts on this kit,any recommendations? 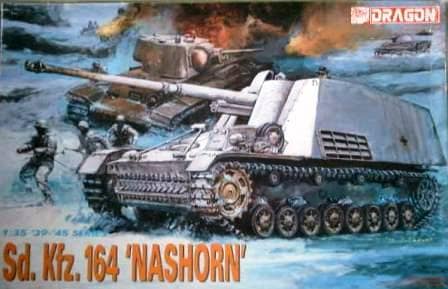 Instructions can be found here assuming it’s the same kit. The box looks the same

Thanks. I am just thinking that the original printed sheet would be easier to use.

No worries man, I hear ya there. Just wanted to make sure you knew they were out there before you spent money on them.

Dragon learned a bit from that one. A big one, if you haven’t heard already, is the utter lack of clearance between the fender and the sprockets/return rollers for the track links. If you leave them off to paint intending to fit them after the fenders are on, keep something nearby that you don’t mind breaking against a wall.

Or so I heard from a friend…

It is not perfect but they can be printed directly, they look usable.

Fortunately, I found the instructions. Would photo etched fenders fix the clearance problem? From what I am seeing, this kit is a bit of a pig.

Possibly. I didn’t go that route (just got a newer kit to replace 6001) but it is possible. They’d definitely be thinner than the kit fenders but the space is pretty tight.

The Atlanta AMPS show is this coming weekend, so maybe I can find some PE for this kit

Given the inaccuracies of the kit, I wouldn’t waste money adding aftermarket stuff to it, now that Dragon and AFV Club make decent versions of it. I think there might be a Tamiya kit too.

I find that adding new aftermarket stuff to an older kit like that can make a huge difference, especially if you already have the kit.
Ken.

Before deciding to build this kit, I 'd suggest carefully inspect for sink marks in the superstructure exterior surfaces. I built one many years ago and it was absolutely riddled with sink marks that required filling. Likewise the individual link tracks are borderline quality. Soft detail molding, several attachment points to clean up plus a pair of punch marks all for a solid guide horn track link. Hollowing outxthe guide teeth makes an excellent impact if using the kit tracks.

The newer Dragon kits should be much better as well as the newer Tamiya.

With TLC the old Dragon will build up decently and choice aftermarket details will help like new tracks.

Thank you. What inaccuracies does the kit have, can they be corrected?

Happy to share my. 02 worth of experience and opinion

Back in the day DML’s Nashorn #6001 kit had a well earned reputation as a horrible kit. Back in 1996, I built mine Out of the Box for model contests to avoid having to address its multitude of accuracy issues. Gun sits too high the fenders are short to name a few.

It is buildable as a decent model out of the box with a lot of time invested. Mine had a good run winning awards way back then. I wouldnt dream of trying to fix the inaccuracies in it. It’s a pig so I’d slap some lipstick on it by adding some superficial details or just build out of the box. 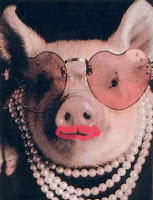 The other DML Nashorn kits are much better. The kit was regarded as an embarrassment to Dragon and they promptly addressed the issues with new tooled kits.

Cookie Sewell of AMPS explains how DML Nashorn kit was so awful the draftsman responsible for #6001 was fired.

Above is about the best possible result…a nice looking pig…but it’s still a pig.

Maybe I can get a good deal on a later version at the AMPS show.