Ok, I’m calling this beast completed… an old shelf of doom, damaged build, never before completed, many years, moves and repairs later, the old Dragon T-72M2/T-72B w/ERA. I added some resin stowage and figures. Also had a driver figure in there, but his head blocked the turret from rotating forward, so he was nixed… 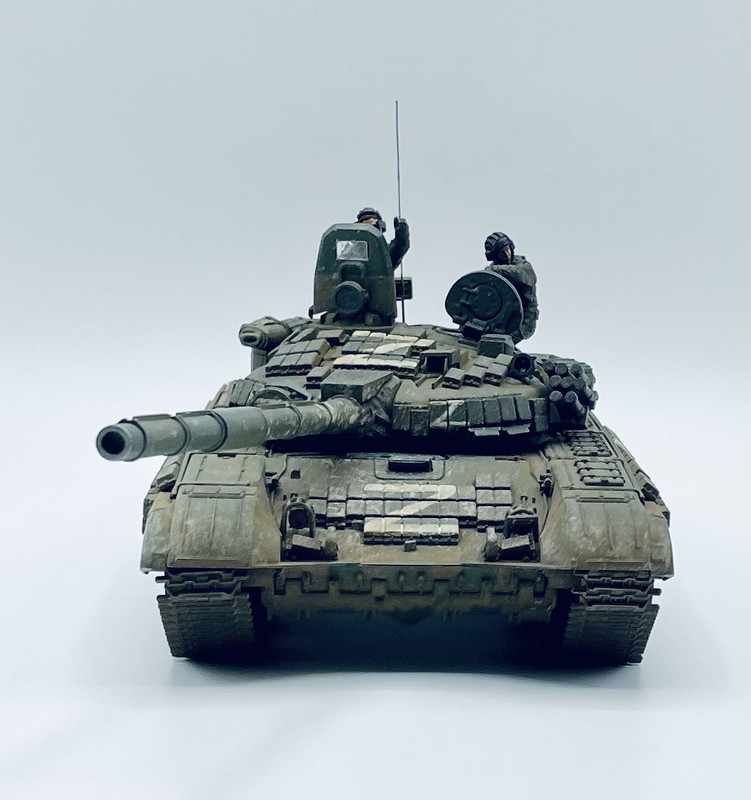 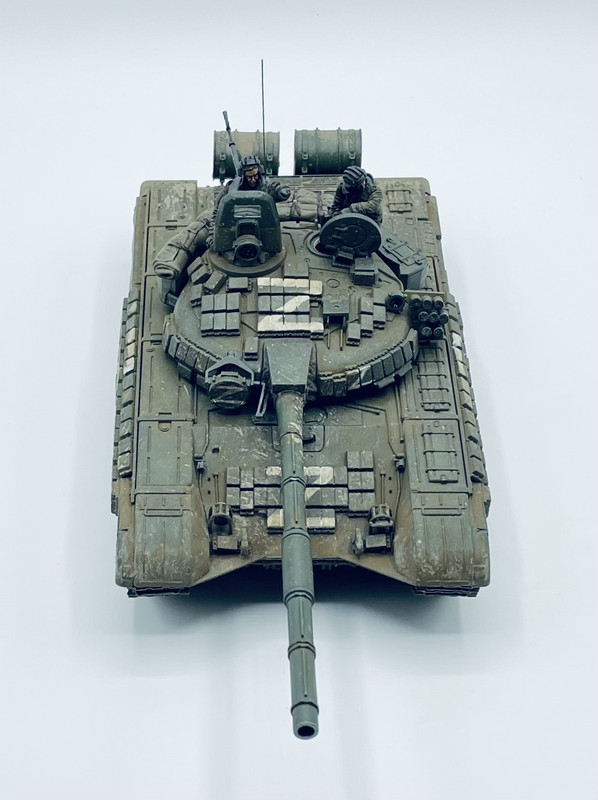 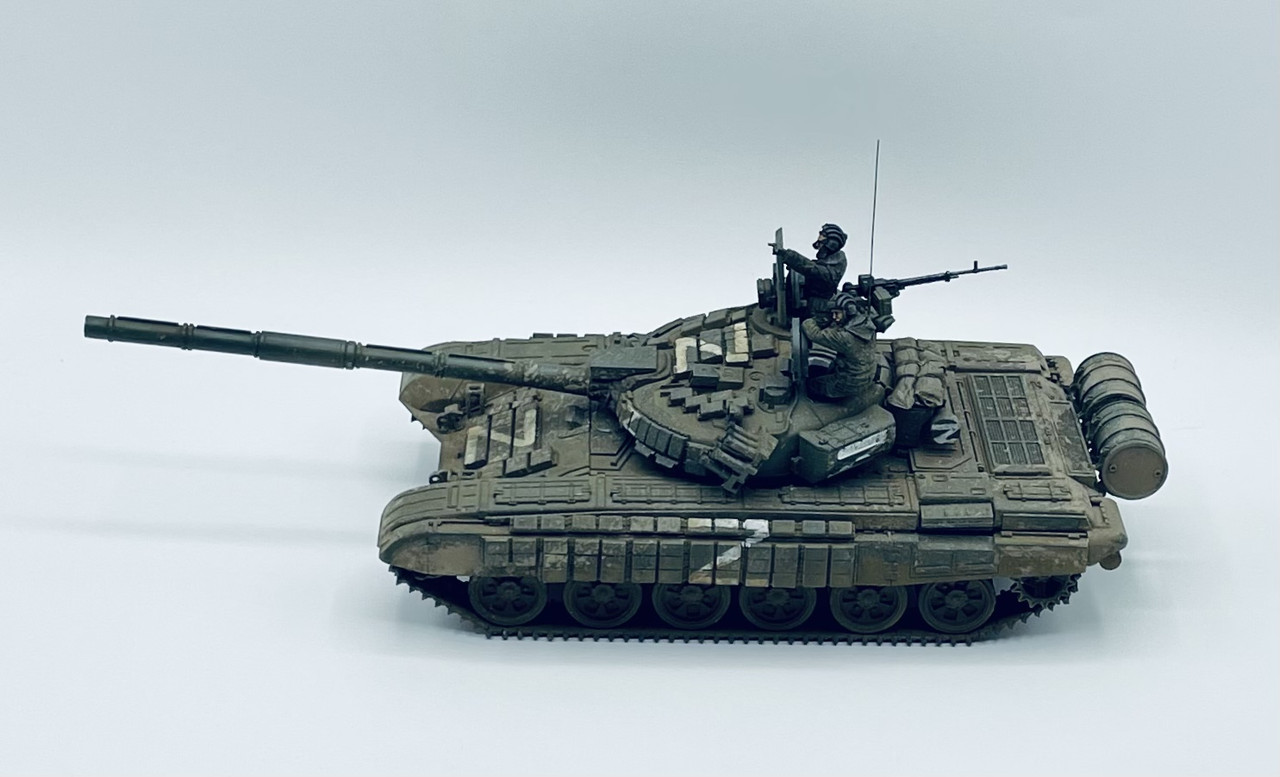 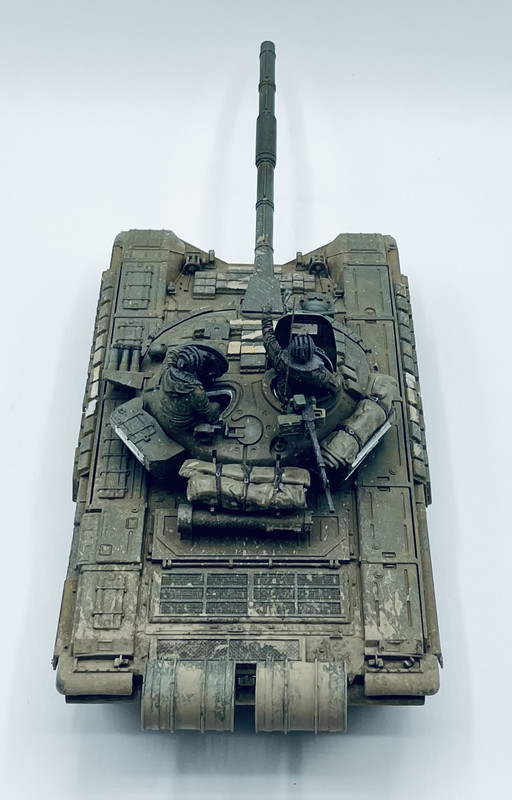 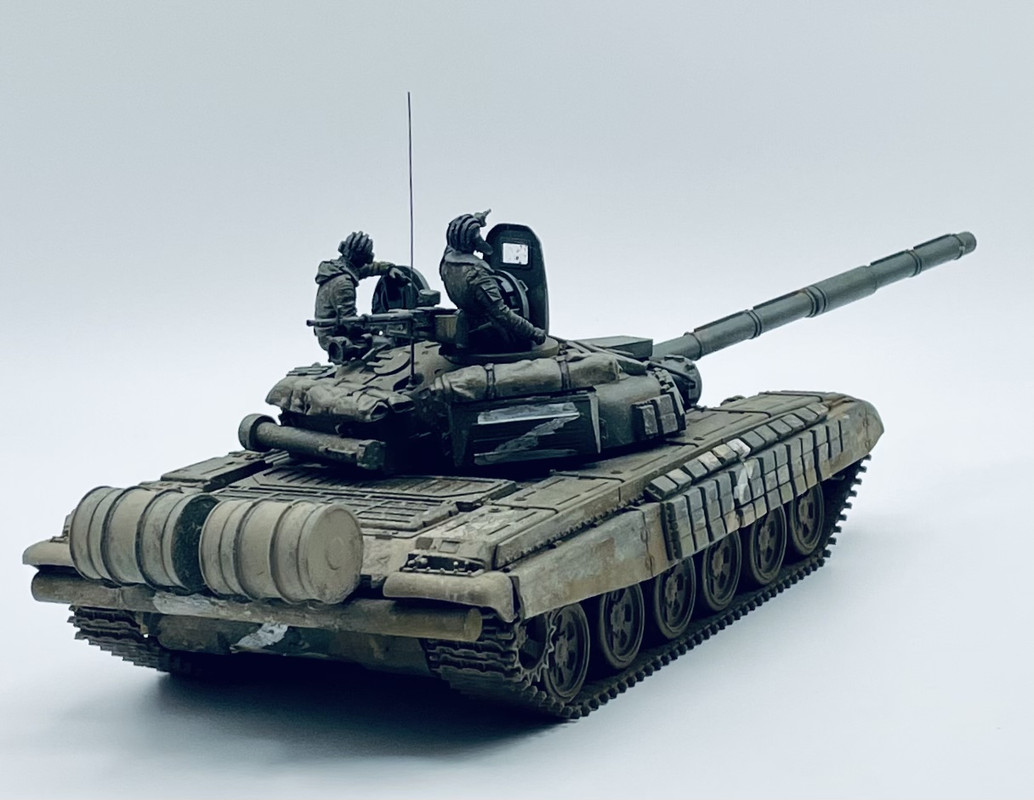 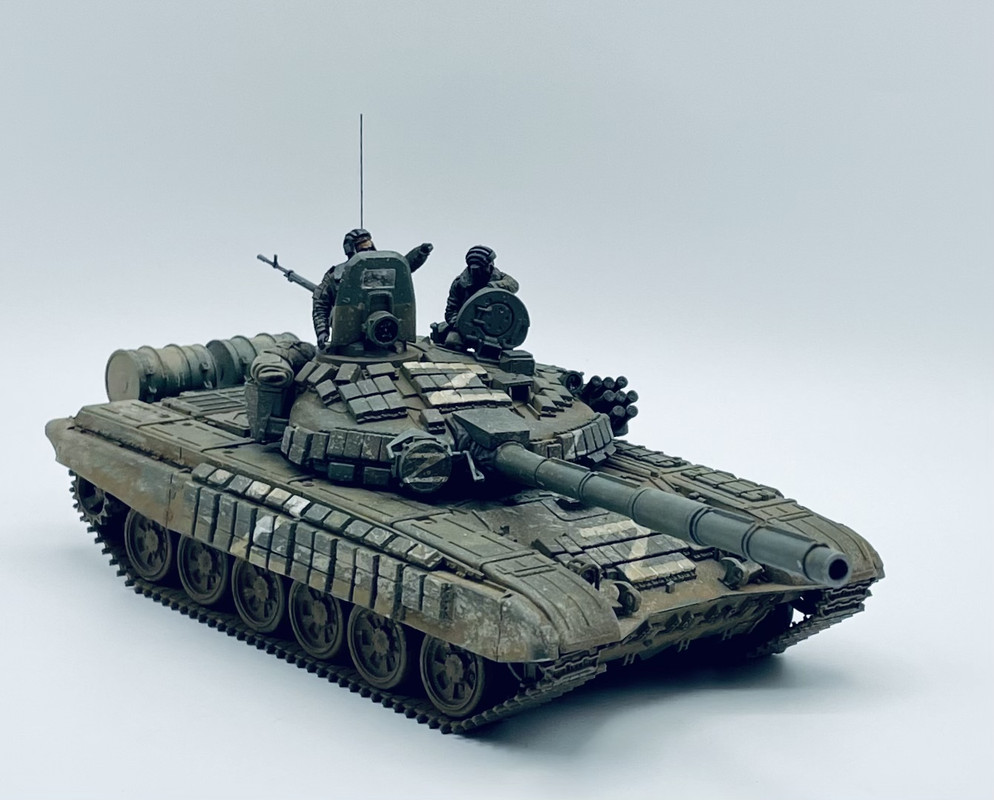 “Vanya, what’s that flash in the treeline?” 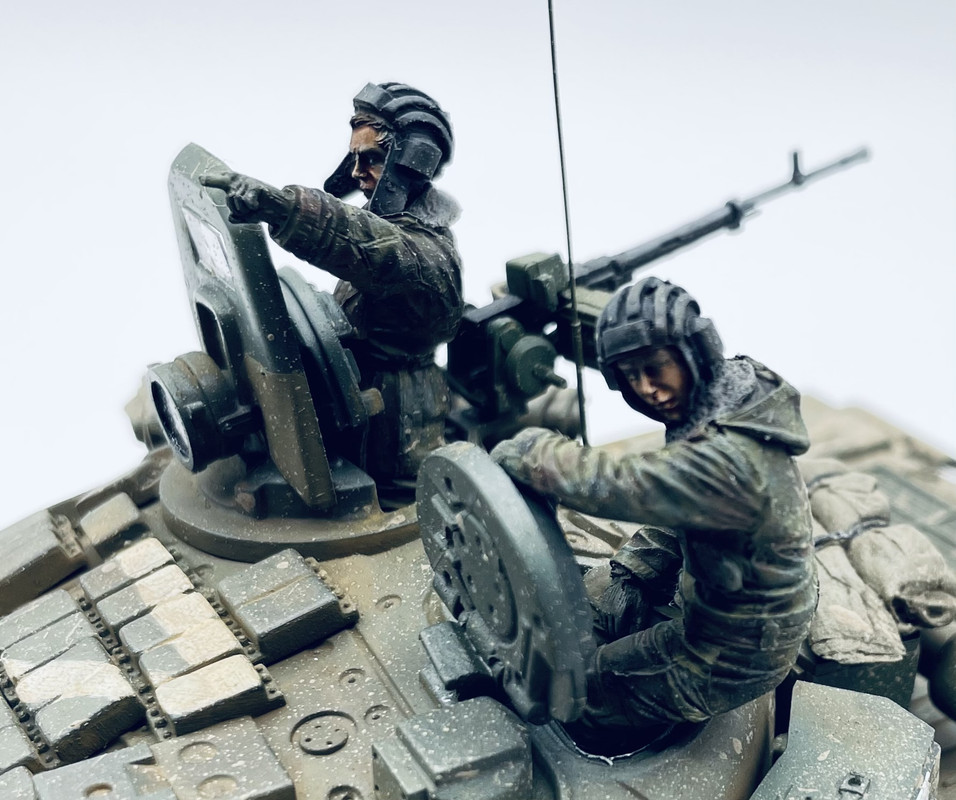 Thanks for looking, comments and critiques are welcome…

What’s not to like. A topical build and very well executed… And better yet, one from the shelf of doom has seen its true potential… Great build Carlos. Well done

@Johnnych01, @HeavyArty, thanks for your kind words guys.

Johnny, it was this damn war that gave me the idea to resurrect this wreck and complete it. Otherwise it would probably still be languishing in its box right now. Topical indeed.

Definitely brings back early 90’s memories when that T-72M2 w/ERA was the hottest T-72 kit around.

Fine job on that old kit.

Y’know that is a helluva nice job on that kit which is well past it’s prime! Great looking figures too- plus that muddy weathering really completes the look well.

Thanks guys! I do remember thinking that these DML Soviet AFV kits were cutting edge awesome. Now I can see the flaws, but still think, this will do well enough. Much like seems to be the case in real life with these tanks today…

Great job Stik! Nice job on the crew as well

This one also cries out for a dio. Piece of tarmac, or better, a muddy road… Very well executed, anyway!

Nice job! It will look much better in your display case than on the shelf of doom.