Dragon will release in May three new Tiger, all of them upgraded with Magic Tracks.: Mid Production s.Pz.Abt.506, Gruppe Fehrmann and Wittmann's Last Tiger 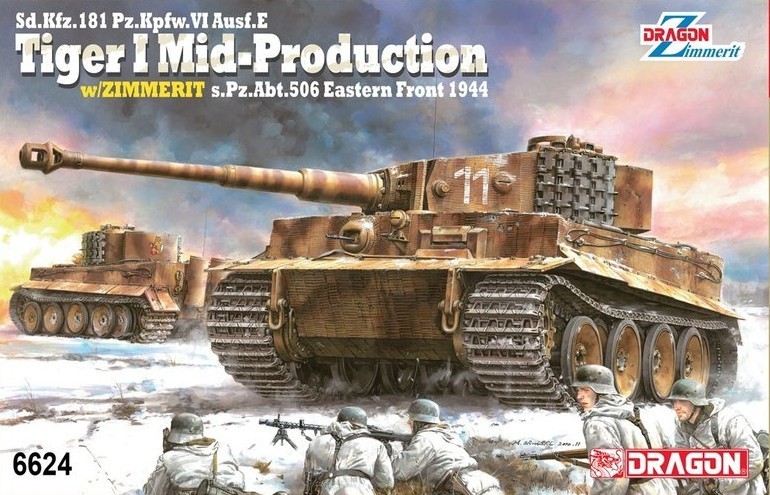 Nice. I keep thinking about doing a Tiger. It seems like the Dragon kits were the way to go except that you’d have to get aftermarket tracks which is an expensive add-on to an already expensive kit. But with magic tracks perhaps it will be worthwhile?

Putting back what used to be in their kits doesn’t seem like much of an upgrade. There never was a good reason to switch to DS in the first place.

At any rate, this will make the kits slightly more attractive although the MSRP on Dragon kits is still putting them at a disadvantage versus the competition.

Yeah strange you would think Dragon would have cottoned on to that little thing of being out priced. Wouldn’t be surprized that these Tiger kits are reboxes maybe with a small revamping of a part …meh

Are there any upgrades other than the magic tracks? I have two of the kits and a set of friules were the first thing I swapped out.

I wish they would also offer the magic tracks separately, since they have made them again, take advantage of those of us who just want the tracks.

Yeah. I’ve spent some time looking at kits and most of them just need better tracks, but better tracks is an expensive proposition. The magic tracks themselves MAY (MAY) make it worth the price, but I wouldn’t pay $70 for a dragon kit if I’m going to have to upgrade tracks anyway. Right now this is listed as $60 at HLJ. We’ll see.

Are there any upgrades other than the magic tracks?

I am comparing the images with the instructions from the original 6624 release and the tracks definitely look to be the only change.

I was thinking the same thing.

Cyber hobby has them on pre order for about 45 euros, at other shops RFM is about 30 euros (without interior). While this is 50% more, in absolute terms is just 15 euros more, which I think is not that bad. Provinding the shipping cost is more or less the same for both.