Hi folks, would like to share my WIP: Egyptian MIG-21PFS (Academy 1/48) painted in the so-called Nile Valley Camouflage Pattern

These planes were sent by Russia to replace the grievous losses suffered by the Egyptian Air Force in the 1967 Six Days War. They would bear the brunt of air combat against the Israeli Air Force in the years after - particularly in the 1973 Yom Kippur War. Found Tom Cooper’s articles and photos quite helpful. 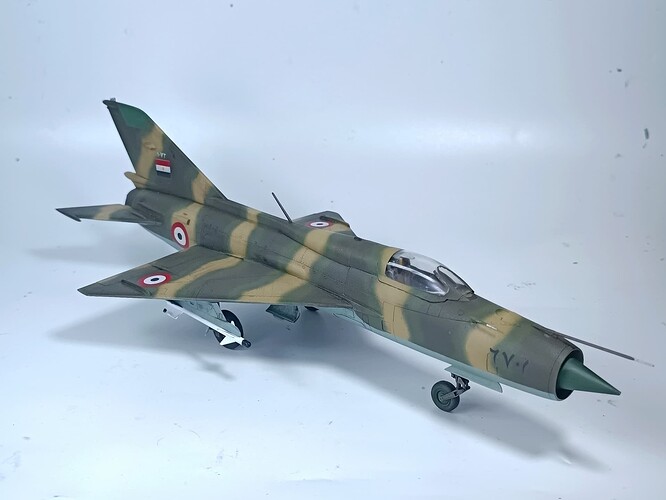 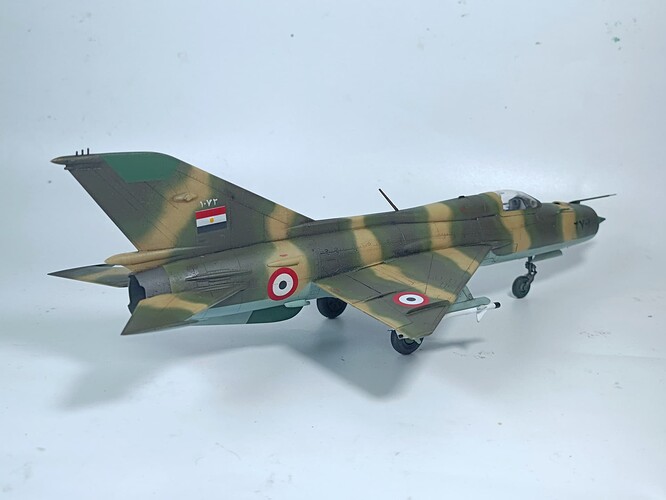 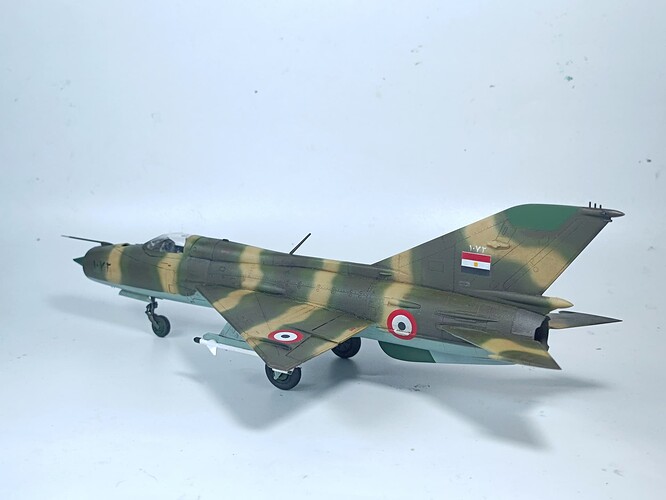 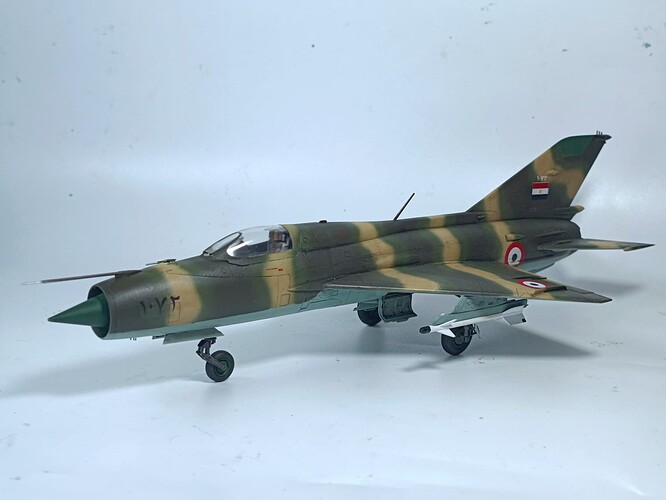 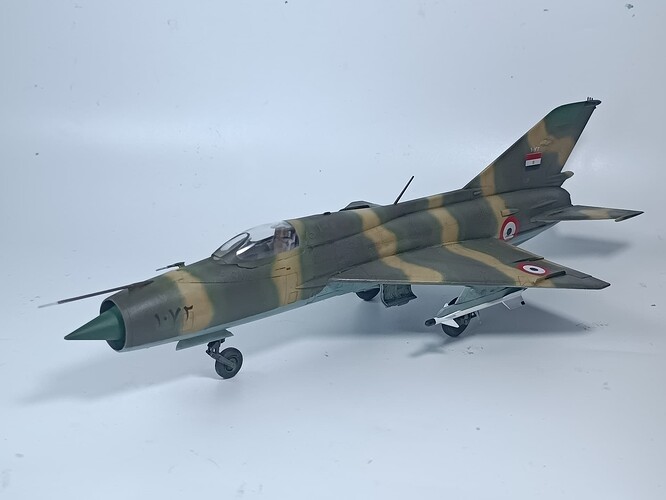 Your work shows, that this old kit can still be build into a nice model. I have it also somewhere in my stash … Btw, how was the quality of decals? Academy usualy isn’t top notch.

I really like the camo schemes used by the various African and Asian countries - thinking of doing a Tamiya Mig-15 in similar colors too. Would love to get my hands on an Israeli Phantom or Skyhawk though.

Thanks Torsten, I bought two kits of this MIG because I knew old Academy decals tend to be weak/break apart easily - I was right. Two of the roundels shattered when I tried to apply them. They did settle in well enough after some decal solutions but one of the roundels on an uneven surface needed to be cut - didn’t do a good job on it so it’s a bit rough upclose.

If you have AM decals, this kit would greatly benefit from it

Thanks David, I really appreciate it

Thanks HGBARNES - truth be told I redid the camo stripes twice - the Black Green originally looked too similar to the Olive Green, so I added a bit of NATO Brown to my XF-62 to get a darker and brownish look - I read that the Black Green would look slightly brownish after it got weathered (hence why I used Olive Drab in the first place).

Rest of the paint I used were XF-88 Dark Yellow II and XF-58 Olive Green. I heard that the early nile valley camo slightly varied so I felt like that was enough of a leeway.

i have some wingy thingy kits in the stash i just need to find some time to build them.

Been finding myself working more and more on aircraft even though I’m primarily an armor modeler. I guess gluing together indy-tracks is getting a bit tedious for me hehe. Been meaning to start a Ukrainian T-80BV but everytime I look at the instructions in the Trumpeter kit and see the separate guide horns on the tracks + the PE, I sadly put the kit back in my stash haha